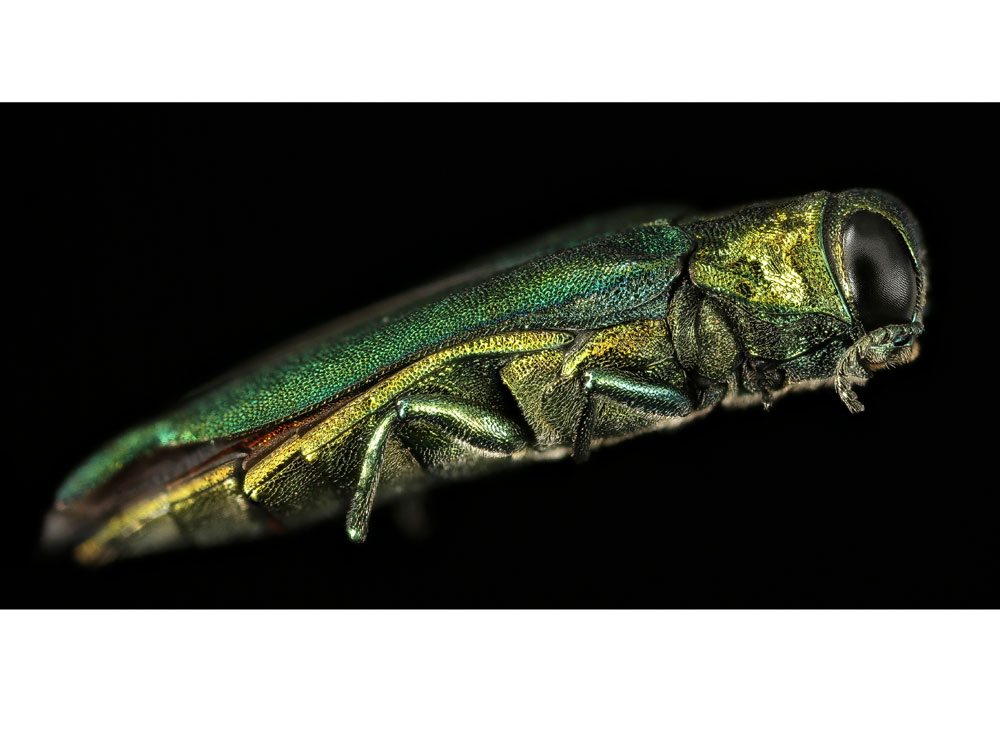 The emerald ash borer is an invasive beetle native to Asia that kills ash trees. (Photo provided from Wikimedia Commons)

The emerald ash borer, an invasive insect responsible for the deaths of hundreds of millions of ash trees in the last decade-and-a-half, has been found in Franklin County.

The emerald ash borer, often called EAB, was discovered in Michigan in 2002 and has since wreaked havoc on ash trees across North America, including 30 states and Canada. The tribe and USDA have been monitoring for the beetle, which is native to Asia, since 2008, according to a press release from the St. Regis Mohawk Tribe. The beetles are sparkly green and smaller than a penny.

“It was most recently identified in the territory on Cornwall Island (Canada) in 2015 and earlier confirmed in the City of Cornwall in 2013,” tribal Environment Division Assistant Director Les Benedict said in the release. “We have been surveying the community for EAB since 2008 because of earlier confirmations in the Kingston, Ontario area.”

The trap that caught the invasive beetle is of a kind that can be seen around the Adirondacks — purple, triangle-shaped boxes hanging from trees on roadsides and near or in campgrounds. 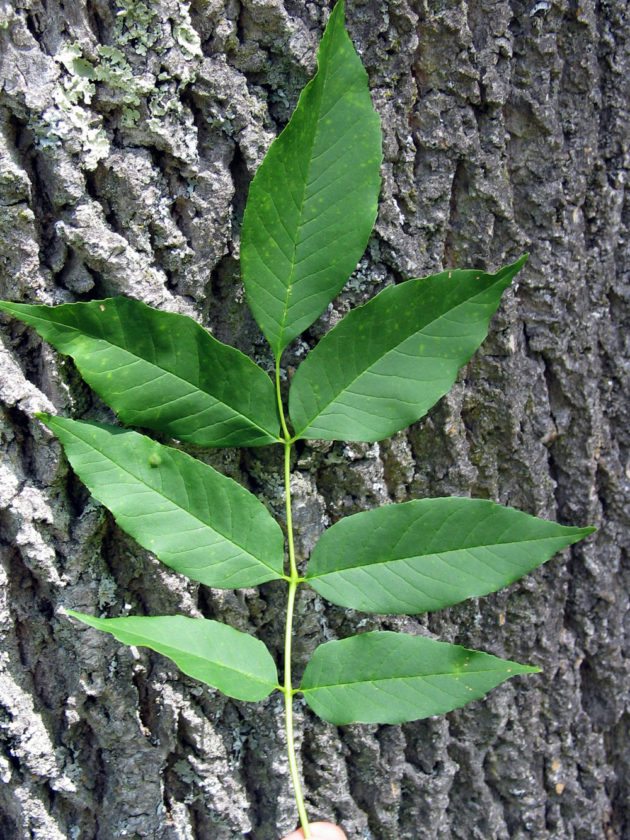 White ash trees, prevalent in the Adirondacks, can be identified by their compound leaves and basket-weave-looking bark. (Enterprise photo — Peter Crowley)

“It is anticipated that the presence of the Emerald Ash Borer will have an economic, ecological, social and cultural impact on the community of Akwesasne,” the release said. “In preparation, some of the steps the Tribe’s Forestry Resources Program have taken include Ash seed collection, an Ash Importation Permit, Early Detection Rapid Response Forest Pest Trapping, The Ash Mitigation Project and the creation of the ‘Akwesasne Mohawk Territory Emerald Ash Borer Community Response Plan.'”

Ash trees are used in a variety of Native American crafts and ceremonies, as well as being a common wood for baseball bats, floors, tool handles and furniture.

Tribal Forest Conservation Technician Aaron Barrigar said in the release that the extent of the infestation wouldn’t be known until further investigation was done.

Barrigar said he and an employee of the federal Animal Plant Health Inspection Service “will be cutting and peeling the suspected-EAB infested tree. After peeling, we will be able to better characterize the situation and generate a threat based management response.”

The adult emerald ash borer eats ash tree leaves, which doesn’t cause much harm. However, the larvae of the beetle feed on the inner bark of the trees, which can quickly cause devastation. 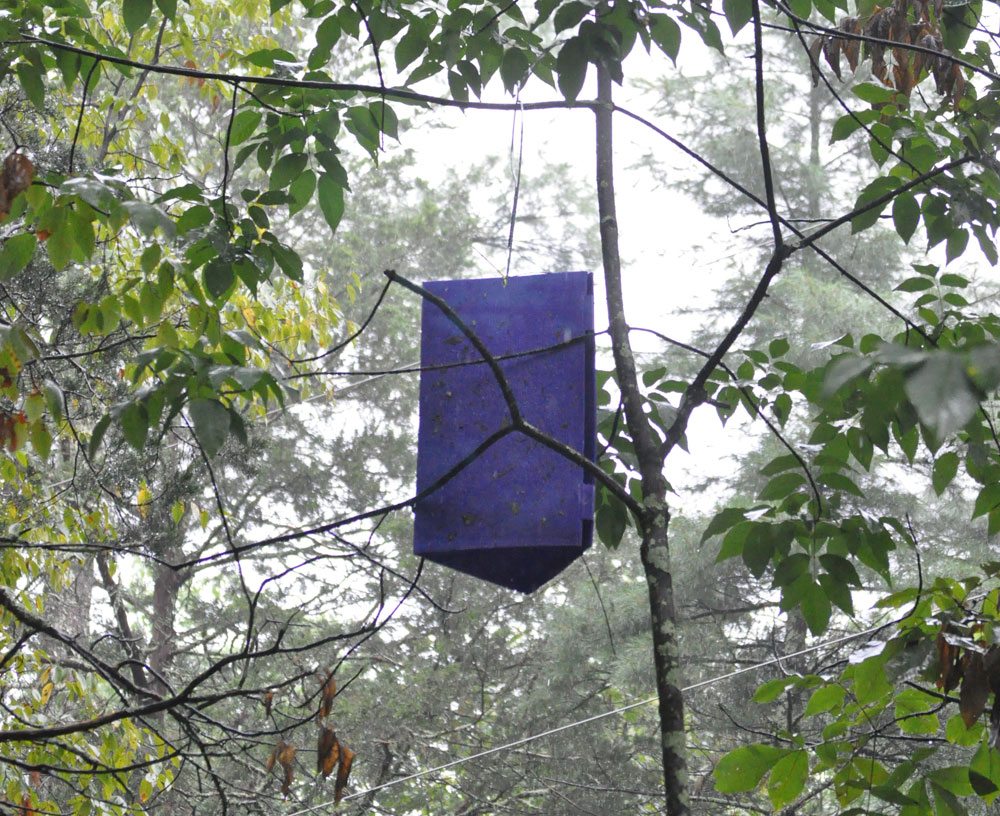 “EAB is so aggressive that ash trees may die within two or three years after they become infested,” the USDA says.

“Each female can lay 60-90 eggs in their lifetime and eggs typically hatch in 7-10 days. Minute larvae bore through the bark and feed on the nutrient-rich phloem.”

While an insecticide application may work for one tree, once the emerald ash borer has spread to an area, it’s nearly impossible to contain.

“Continued regulation and outreach are currently the most effective tools to prevent the dispersal of EAB. In the near future, biological control agents should begin to reduce and manage EAB populations,” the USDA’s EAB manual says. “Effective and cost-efficient control and eradication technologies are not currently available.”

This news comes on the heels of the recent encroachment by hemlock wooly adelgid, an invasive insect that can quickly kill hemlock trees.

These aphid-like bugs were discovered on Prospect Mountain near Lake George, the first infestation of them confirmed within the Adirondack Park. There are more than 2 million acres of hemlock trees in the Adirondacks.