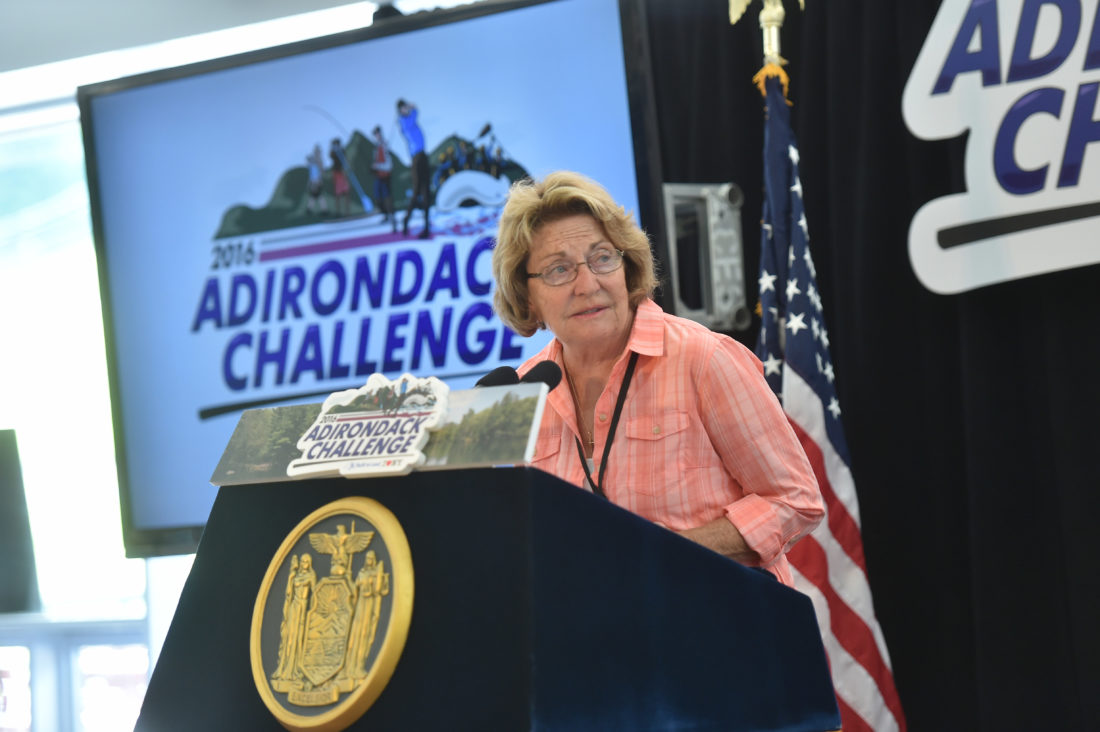 ALBANY — It’s now up to the state Assembly to put a constitutional amendment to voters statewide to enable local governments access to a “health and safety” land bank for important bridge, highway and drinking water projects on state Forest Preserve lands in the Adirondack and Catskill parks.

The amendment was sponsored by longtime North Country state Sen. Betty Little and passed the Senate unanimously with a 58-0 vote.

If passed by the Assembly and approved by voters statewide in November’s general election, the amendment would also authorize the siting of public utilities such as broadband and bike paths within state and local highways that traverse the Forest Preserve.

“As the sponsor of numerous constitutional amendments, I know how time consuming, costly and uncertain the process is,” Little said in a statement released by her spokesman Friday afternoon.

“The goal of the amendment, that a broad group of stakeholders have collaborated on,” she continued, “is to create a very specific category of projects to address health and safety issues in our communities without the need to amend the constitution in every instance. We will get good results for local residents while protecting natural resources in the Adirondacks.”

Little added that if the state budget is passed soon, as expected, the legislature’s attention would then turn to drafting the legislation that would create the 250-acre “health and safety land account.”

The legislature approved this land bank bill last year as well. Consecutive-years approval by both bodies of the state legislature is the required process with all constitutional amendments in New York.

Often, state Forest Preserve land begins only a short distance off the side of the road, or even under the road, and this can create complications when doing road work or adding utilities such as water and sewer pipes or power lines. A road butting up against state land can also make it impossible to eliminate dangerous curves or conduct drainage or culvert work.

The land bank may be used to eliminate these issues, and also for municipal wells if a town or village’s drinking water wells become non-potable and the only option is to drill a new well on Forest Preserve land. That happened in Raquette Lake, and state voters had to pass a constitutional amendment for the hamlet in 2007.

The amendment would create a land bank of 250 acres that small amounts of land could be swapped out of.

This is not a new issue, as the state passed a similar bill in the 1950s. That land bank has been completely tapped for road and bridge construction.