No events held at Big Tupper this year, chamber is told 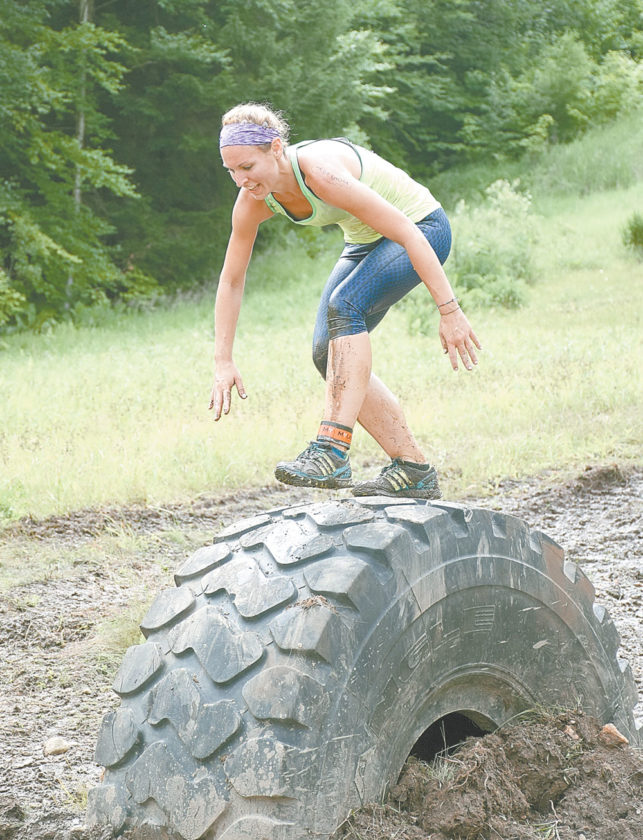 A Warrior Run athlete makes her way across one of the obstacles at Big Tupper Ski Area in Tupper Lake in July 2016. This year, the Warrior Run will move to a course inside the village. (Enterprise photo — Justin A. Levine)

TUPPER LAKE — The Tupper Lake Warrior Run and OkTupperfest will be held at new locations this year.

The Warrior Run obstacle course race, scheduled for July 15, will have its base of operations at Raquette River Brewing at 11 Balsam St. in the Faust neighborhood, according to Tupper Lake Chamber of Commerce Events Coordinator Krit Lamere.

She said the chamber hasn’t yet found a new location for OkTupperfest, which last year was held in late September.

In recent years, both events were held at Big Tupper Ski Area, but Lamere said the chamber was told there would be no events at the mountain this year. She said no reason was given. Representatives of Big Tupper Ski Area could not immediately be reached.

Doug and Sarah Bencze stepped up to let the mud- and obstacle-filled race go on as planned on their land, and brewery owners Mark Jessie and Joe Hockey will let the event use their business as a base camp.

“I think it will be good,” Lamere said. “It will be new and fresh and maybe a little bit easier because there’s no mountain to climb.”

Lamere said registration for the Warrior Run is open now. Last year, about 100 people signed up for the run, which took participants over, through and around a variety of obstacles including mud pits, a climbing wall and a paintball station, and crawling through lengths of buried culverts.

For more information or to register for the Warrior Run, go to www.tupperlake.com/warriorrun.