Rodney Johnson of Lake Luzerne leads chants during a rally outside the Glens Falls district office of U.S. Rep. Elise Stefanik, R-Willsboro, on Tuesday to demand Stefanik attend a town hall forum with constituents. The sign on the left of the photograph refers to Stefanik’s vote in favor of rescinding an Obama administration rule prohibiting dumping of mining waste in streams. (Photo provided — Maury Thompson, The Post-Star)

An excavator works behind Adirondack Medical Center in Saranac Lake Tuesday as part of the construction of the hospital’s new surgical services wing. Another major project for Adirondack Health, a proposed Health and Medical Fitness Center in Lake Placid, remains on hold until the spring. (Photo provided — Adirondack Health) 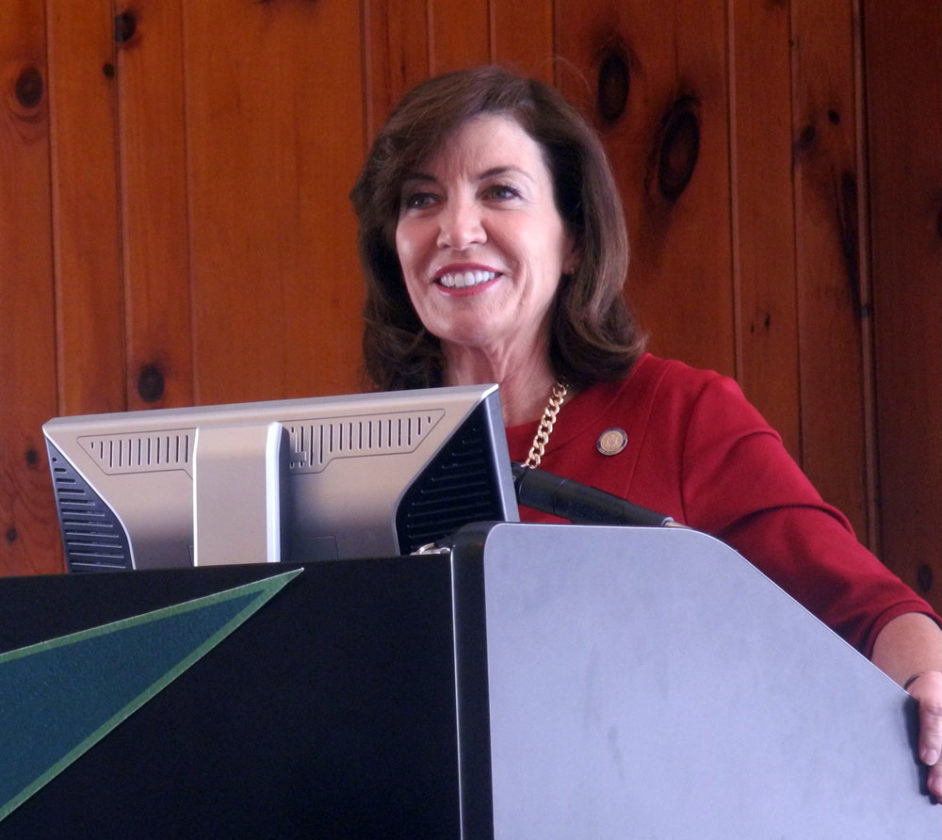 PAUL SMITHS — As women continue to be underrepresented in New York’s science, technology, engineering and mathematics fields, jobs in those industries continue to grow in the state.

The STEM workforce consists of 24 percent women and 76 percent men as of 2014, and although males do not significantly differ in skills from females, they are three times more likely to be interested in the STEM field, said Nicole Conant, assistant director of the center for school partnerships and teacher certification at SUNY Potsdam.

Lt. Gov. Kathleen Hochul said that a strategy has to be set in place to increase diversity in the fields as it benefits both business and the state at the “Women in Science” forum at Paul Smith’s College Tuesday.

“We have to do more to elevate the interest, number one, and I’m here to tell you the good news that there are opportunities that were not here in the past,” Hochul said. “Governor (Cuomo) has been so focused on bringing back jobs in technology and life sciences and biosciences and the opportunities we have here have finally turned a corner. I can finally look a young person in the eye and say if you study something in STEM, you’re going to get a job in the state of New York. I couldn’t say that before.”

Hochul said she is troubled over the lack of women in the STEM workforce and she looks to the public to assist in solutions for attracting women to the fields. 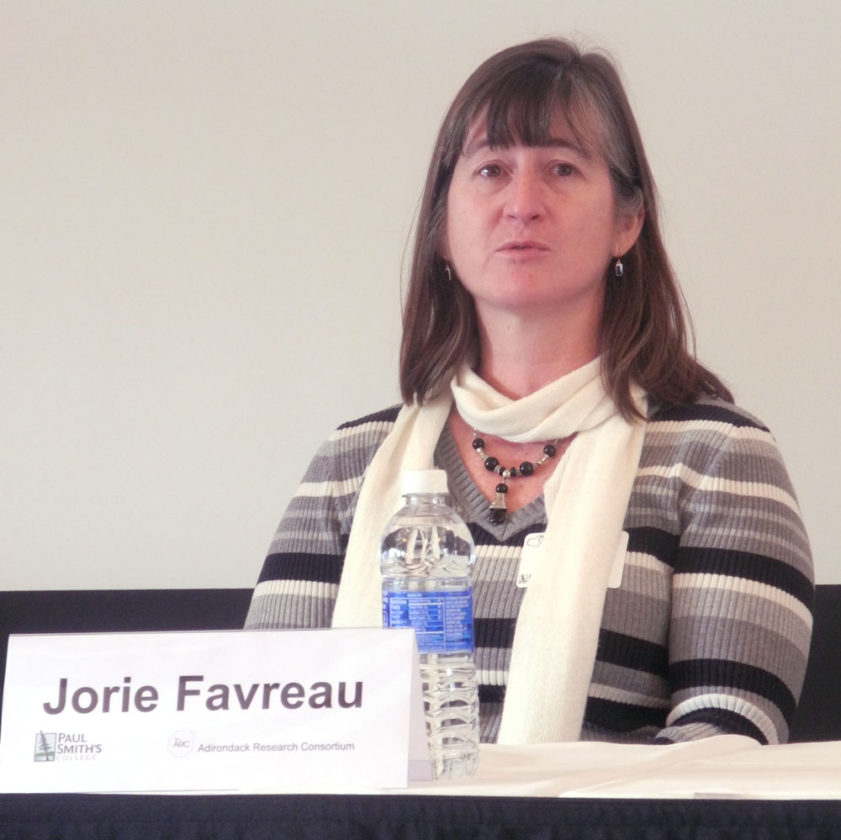 “I’m not getting enough girls who want to go into these fields, even though they absolutely have the brains and proclivity to excel in these fields,” she said. “When you look at the board of directors of a company, when more women are engaged and participating at senior level, the profits are even higher, so if you want to look at the dollars and cents of it, companies do better when more women are involved.”

Conference speakers agreed that early outreach during schooling is key to attract women into the STEM workforce.

“If we don’t get young men and young women plugged into their passions and into the areas that they can really succeed at, it’s too late by the time they get to high school and college,” Paul Smith’s President Cathy Dove said. “And we don’t. There are so many young women especially in the STEM field, that for one reason or another have a real affinity for these fields don’t end up following that passion and we all as a society lose out.”

Kathleen Kavanagh, mathematics professor at Clarkson University, said that the most successful way to interest students is to have college students talk with the kids about their careers.

“The (students) don’t want to look at me or talk to me,” she said. “They want to talk to younger people and see, ‘I can do that.’ The best models are those that are making connections with having mentors for them with similar backgrounds.” 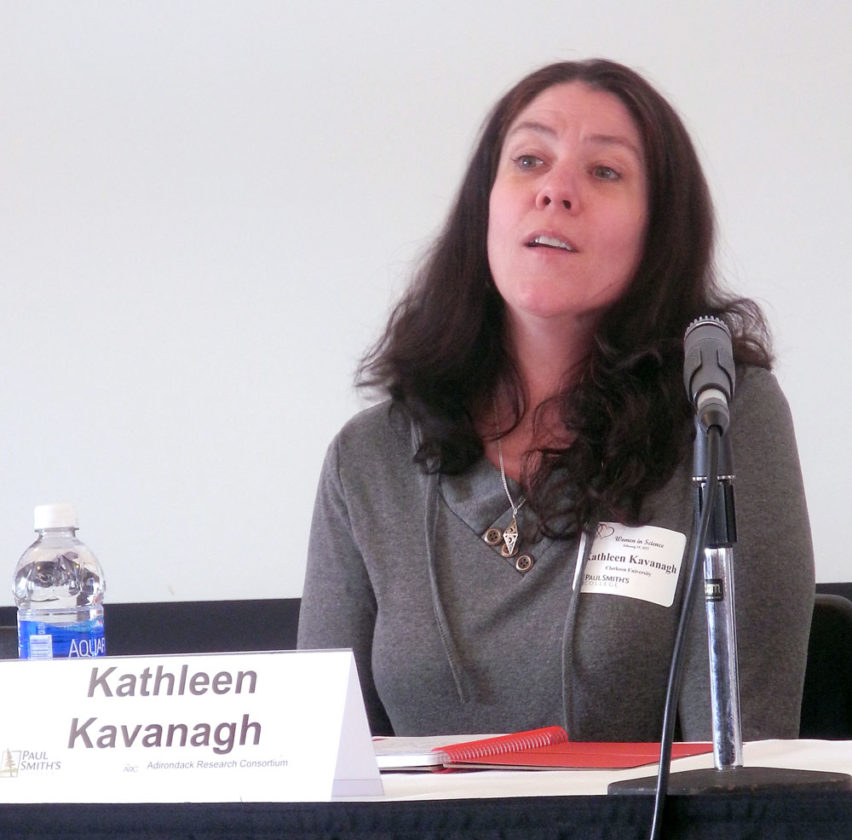 Michale Glennon, science director of the Wildlife Conservation Society’s Adirondack, added that training in communication is important for students in the scientific field as communication becomes increasingly prevalent to be impactful in society.

Conant said there has been improvements reaching out to young women in schools but it is not enough.

“We’re seeing a lot of progress in public schools,” she said. “Programs are popping up encouraging girls to go into science and into STEM, but typically these programs are during after school hours so there’s not a lot that’s going on school day.”

Conference speakers also agreed that encouraging young people to join the STEM fields is necessary to build the pipeline.

“Encourage curiosity and also help our children and everybody in our community find the answers for problem solving and puzzle solving that helps to get us there,” said Jorie Favreau from the department of natural science at Paul Smith’s College. “Children are natural scientists. At six years old they’re thinking in terms of hypotheses, experimental design and interpreting experience. They may not be using that language but that’s what they’re doing and we have to keep on encouraging it.” 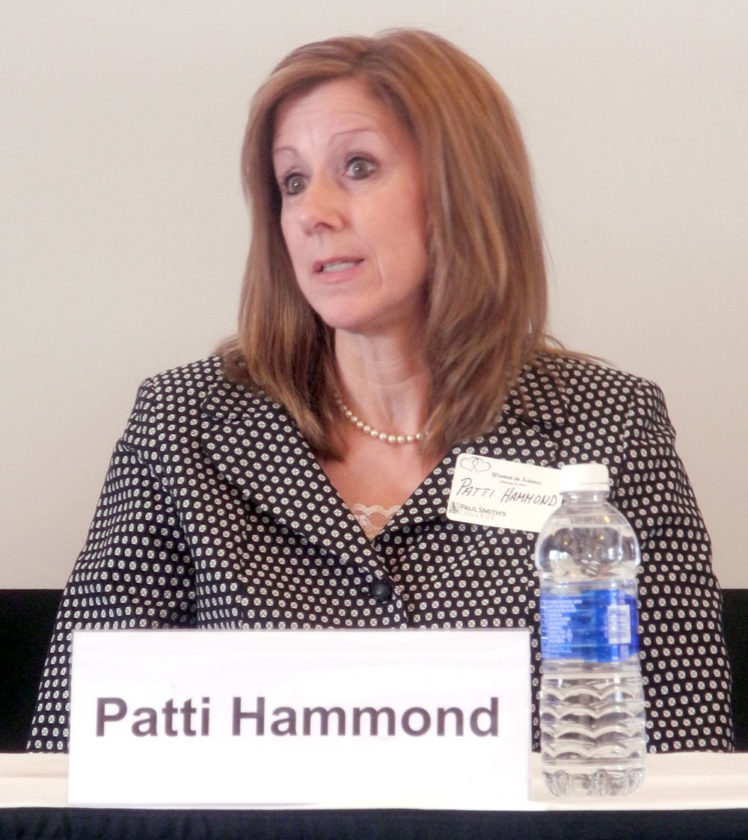 A mentor can also play an important role in assisting women in advancing their knowledge in the field and their careers.

“I … have really started to feel how important it is for all of us to be making part of our live’s work mentoring young people, but also figuring out how in the region and frankly nationally we can encourage more young people to get in to these areas because we all benefit,” Dove said.

Mentors can include parents, teachers, colleagues and employers and women in the field should serve as resource to young women, speakers said.

“When you’re in grade school and middle school, you’re probably starting to think about what you want to be when you grow up,” Hochul said. “Who is influencing the young women in those ages when they’re really smart? They’re smarter than their male classmates in school. They may have that spark on their own but who is nurturing that? Who is pushing them to say you really ought of take this course?”

Conant said different local industries and organizations should work to mentor young women for the benefit of the community. 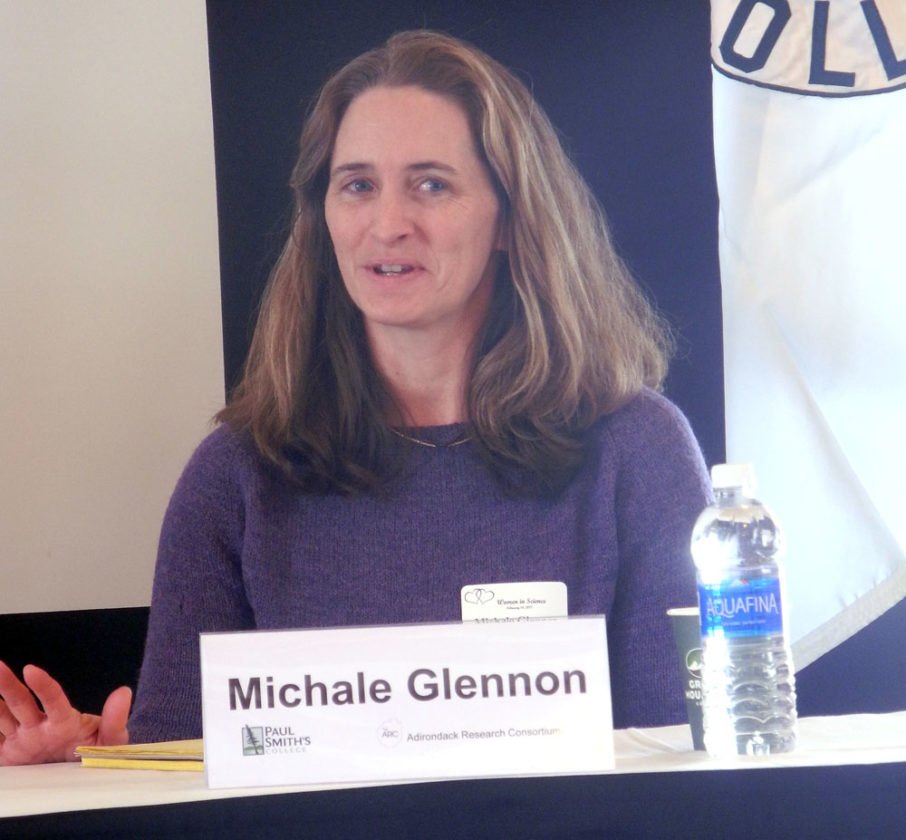 “We need to work together to fill the pipeline rather than losing potentially remarkable scientists along the way,” she said.