Nick Fairall, a 2014 Olympic ski jumper who broke his back two years ago, addresses the athletes and spectators as the key note speaker at Thursday’s opening ceremonies that kicked off the Empire State Winter Games. (Enterprise photo — Lou Reuter) 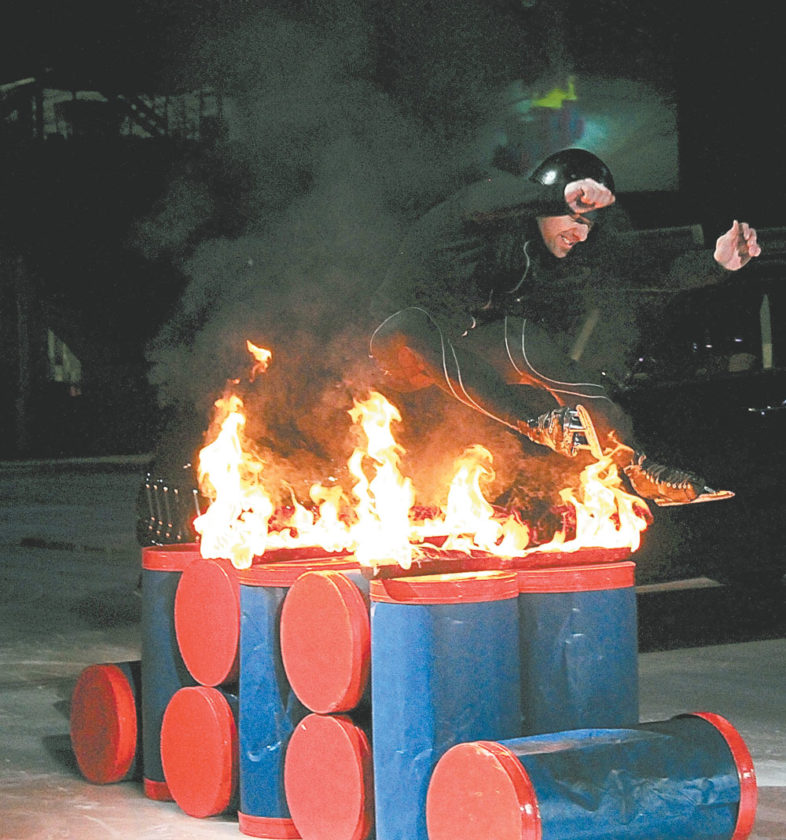 The Empire State Winter Games kicked off Thursday night with opening ceremonies at the 1980 Herb Brooks Arena in Lake Placid before some 4,000 onlookers.

The 90-minute event opened with the Parade of Athletes, representing 31 sports, and concluded with the lighting of the cauldron by Joseph Wilson, of Keene, to begin the three-days of competitions around the North Country.

With temps in the high teens outside, North Elba town Supervisor Roby Politi, inside, welcomed ESWG participants, their families and friends.

“Six years ago, we stepped up and saved the ESWG,” said Politi, referring to the time when New York state dropped the event from its budget. “We saved them then, and we’d do it again for these fine, young athletes.”

In between the parade and lighting of the cauldron, the theme was heavy on entertainment. The attendees were captivated by fat tire bike trials riders Sam Perkins and Joe Jinicki, who displayed the ability to move a bike more through the air than on the ground. 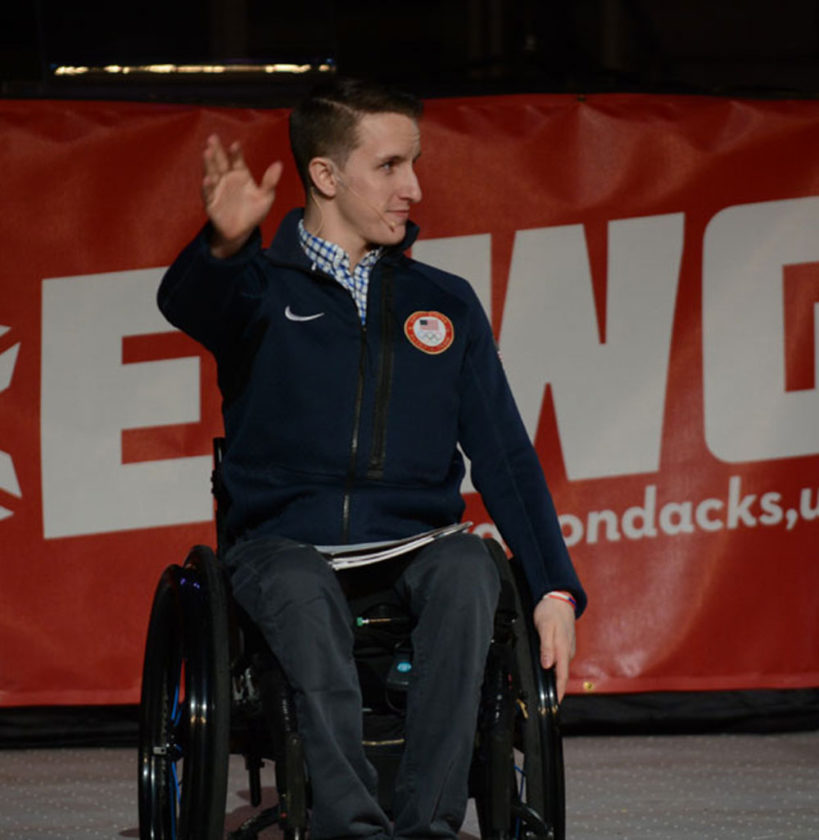 Nick Fairall, a 2014 Olympic ski jumper who broke his back two years ago, addresses the athletes and spectators as the key note speaker at Thursday’s opening ceremonies that kicked off the Empire State Winter Games. (Enterprise photo — Lou Reuter)

The parkour exhibition of Bulletrun, from Brooklyn, featured jarring jumps and daring dismounts as each athlete appeared to be part ninja, part gymnast.

There were traditional moments, too, as alpine skier Inez Burkhard, of Canandaigua, and Dino Angelopolous of Lake Placid delivered the athletes’ and coaches’ oaths, respectively.

The keynote speaker was 2014 Olympic ski jumper Nick Fairall, who broke his back two years ago in a competition in Austria, and is now wheelchair-confined. Yet, if attitude equates to medals, Fairall is golden, and tried to impart that message on his receptive audience.

“I encourage you to develop your mental fitness,” he said. “Learn from every situation. That will not only give you better results, but a better life.” 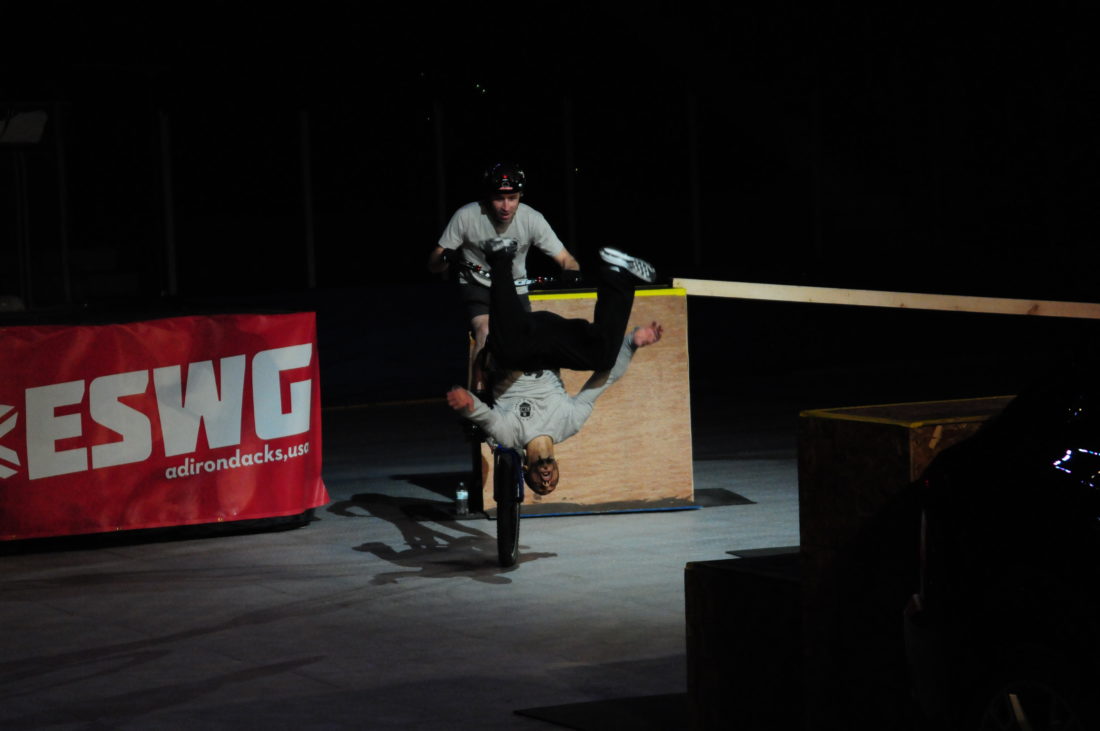 Shortly thereafter, Wilson, with torch in hand, walked the steps to the cauldron and opened the 37th renewal of this winter sports festival that has now touched six host communities. A ESWG record 2,100 individual athletes have registered.

Portions of select competitions will air on Facebook Live. The action runs Friday through Sunday.