Dwyer replaced on NCCC board 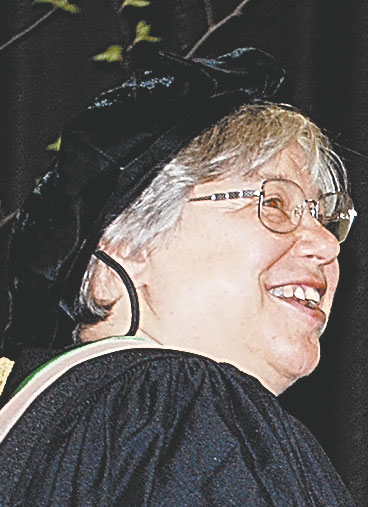 SARANAC LAKE — North Country Community College’s Board of Trustees will be under new leadership in 2017.

Gov. Andrew Cuomo has appointed a new trustee to fill the seat previously held by board Chairwoman Barbara Dwyer.

Dan Kelleher, the state Adirondack Park Agency’s special assistant for economic affairs, was named by Cuomo to fill Dwyer’s seat. He attended his first college board meeting earlier this month, according to an email sent to college employees and staff last week by board vice-chair Tim Burpoe.

With Dwyer out as chairwoman, Burpoe is serving as acting chairman until the board’s Jan. 27 meeting, when co-chairs will be named to lead the board until its annual election of officers in the summer.

Dwyer’s appointment had expired on June 30, 2015, but she was able remain on the board until she was replaced or reappointed. She said the news she had been replaced came as a surprise.

“The governor made blanket appointments across the state in the first week of November for expired governor appointees,” she said. “No one was contacted. The president of the college didn’t know this was going on. He got a letter. I was not contacted. I finally got a letter on Dec. 8 from the appointments office telling me someone else had been appointed.”

Dwyer had been a college trustee since April 2009 and board chairwoman since the spring of 2014. She said she was never asked if she wanted to be reappointed.

“It was very sudden,” she said. “I was actually out of town on vacation (when it happened). I have nothing against Dan Kelleher. In and of itself, that was a good appointment.”

Dwyer’s departure comes after bitter dispute between the board and the college’s faculty union that dates to fall 2015, when the North Country Community College Association of Professionals approved the first of two no-confidence votes in Dwyer and college President Steve Tyrell. Spending and personnel decisions by Tyrell and the board, a string of unsuccessful building projects and a high rate of employee turnover, particularly among administrators are some of the issues raised by the union.

In a statement, NCCCAP President Lee Susice said Tuesday that change in the board’s leadership “has been long overdue.”

“The board has made some efforts to rectify the administrative instability at NCCC; however, we still have a long way to go to establish a continued, mutual trust and transparency,” Susice wrote. “We are grateful to our county sponsors who have heard our concerns, and although we wish Ms. Dwyer well, we are thankful that the board will be under new leadership, which could facilitate a better relationship between the board and the college community, as well as a willingness to hold the college president accountable.”

Burpoe told the Enterprise that he never took the union’s no confidence votes seriously. He described them as a negotiating tactic, something NCCCAP leaders have denied in the past.

Burpoe thanked Dwyer for her leadership and her time and dedication.

“She was totally dedicated to having the college progress and she’s really done a fabulous job,” he said.

Improving academic programs, responding to the needs of students and the community, the growth of the college Senate and working through union issues were some of the things Dwyer listed as accomplishments at the college during her tenure.

“I’ve learned a lot,” she said. “North Country is an excellent institution, and we have an excellent faculty that does more than meet the needs of our students. It’s been an honor to serve.”

But Dwyer isn’t entirely going away. The board has given her the title of trustee emeritus. She’ll be allowed to attend board meetings and assist in the transition but can’t vote or be an officer.

The departure of Dwyer as chairwoman has left the board with a leadership vacuum.

“There’s a reluctance of somebody else to step up, I think in part because they saw how much she put into the position,” Burpoe said. “We’ve also had a pretty good influx of new people, and they’re just not ready to make that huge commitment of being the chairperson, and I can’t either because I’m out of town quite a bit.”

Dwyer, who lives in Keene, is the second veteran member of the board to depart this year. Gerald Blair of Lake Placid resigned in May after 19 years as a college trustee, including a stint as chairman.

The board has two Franklin County appointees: Jerry Griffin and Mark Moeller.

In addition to Kelleher, there are three other governor’s appointees: Burpoe, Mary Irene Lee and Mary Kay Tulloch. The board also has a student trustee but the position is currently vacant, according to the college website.

Both Dwyer and Burpoe said board members have been regularly attending college Senate meetings and gotten more involved in the college community. Has that translated to a better relationship with the faculty?

“We’ve taken actions to improve it,” Dwyer said. “I’m sure there is still dissidence. It’s a slow process. I think the faculty is aware that the board has many voices now, where there is a perception it was just my voice. I believe the daily relationships are improved. I think the administration is stable.”

“I think there’s a much better feeling among everybody, or at least everybody is trying to be understood but also to understand the other,” Burpoe said. “That’s a big step.”

The last contract between NCCCAP and the college expired in August 2015. Burpoe said recent negotiations have moved forward, “and we should have an announcement shortly.”

The college has faced a drop in enrollment in recent years. Dwyer said its in a “good position” now.

“We’re the fourth smallest community college in the state, not the smallest,” she said. “(Dean of Admissions) Chris Tacea is doing an excellent job there, and we have things in the pipeline that are going to be dramatic. I’m disappointed I can’t see those things through necessarily.”