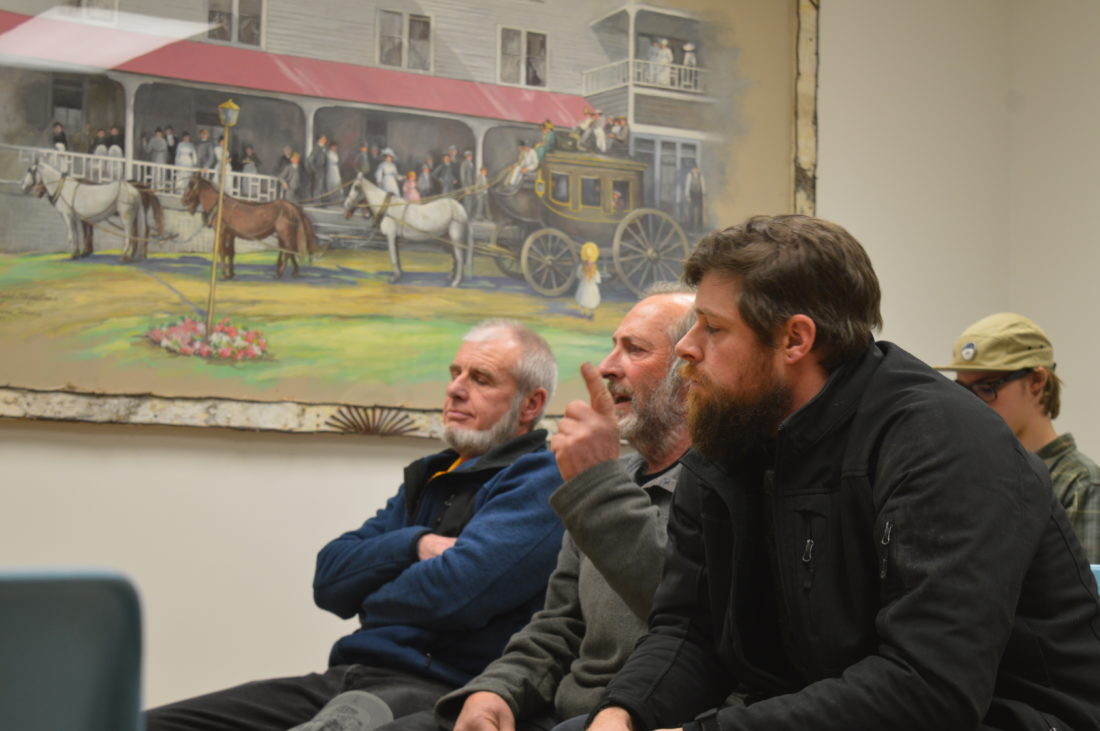 LAKE PLACID — The operators of Mirror Lake’s two dogsled tours discussed the safety of dog sledding atop the lake for more than 30 minutes at Monday’s village board meeting.

The operators, John Houghton of Thunder Mountain Dogsleds of Vermontville and Michael and A.J. Arnold of ADK Wilderness Adventures of Saranac Lake, asserted that both companies ensure the safety of dogs, customers and themselves when out atop the Mirror Lake ice in the winter and emphasized that an accident has never occurred for either operation due to thin ice.

Monday’s discussion followed previous talk at two prior village board meetings about whether new laws should be implemented to further help protect people and sled dogs during operations on the Mirror Lake ice in winter.

At the village board meeting two weeks ago, Trustee Jason Leon shared with the board a letter from a concerned resident who recommended the board consider setting a minimum temperature for dogs to be sledding on the ice, consider mandating blankets, straw or hay for the dogs to lay on during especially cold temperatures and consider a minimum thickness of ice before allowing the dogsleds atop the lake. 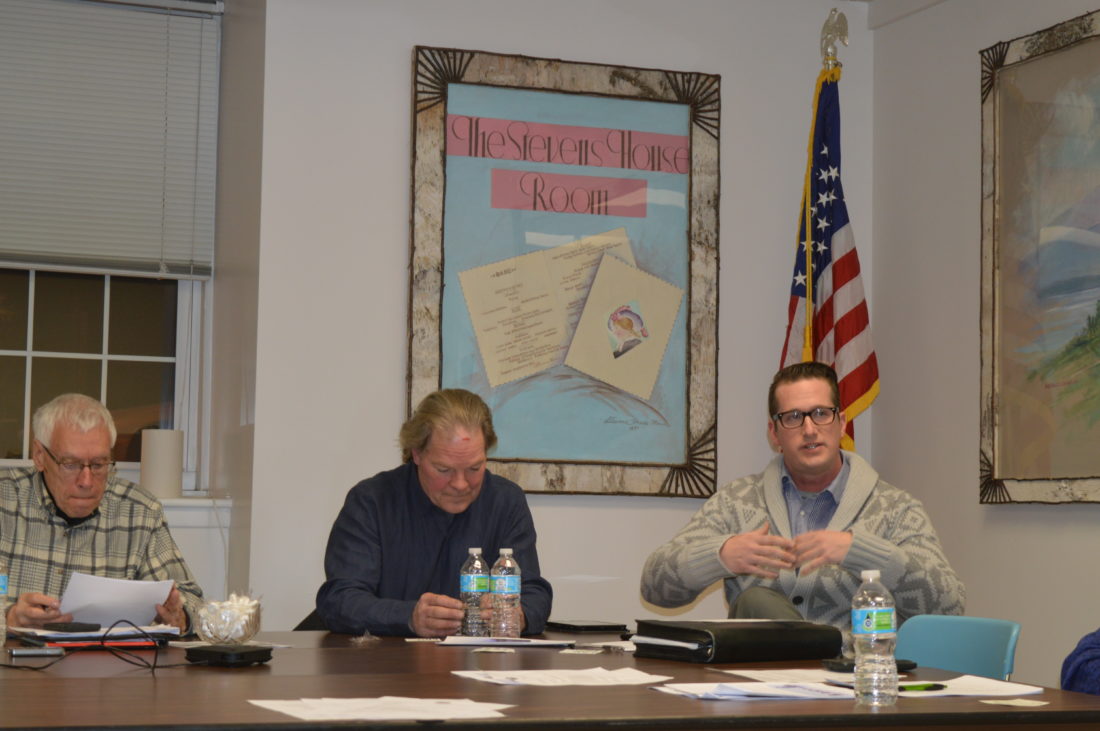 At that Dec. 5 meeting, all members of the board except for Leon voted for a motion by Deputy Mayor Art Devlin that approved the operators’ applications, “provided we tell the operators we expect them to have a safe amount of ice and to treat the dogs humanely.”

But questions remained about what the village classified as a “reasonable,” thickness and quality of ice.

Mike Arnold asked the board if they and the operators were in agreement that 4 to 6 inches of ice is a reasonable thickness to sled on. Village attorney Janet Bliss said “under most circumstances” 4 to 6 inches was a reasonable minimum thickness. Village Mayor Craig Randall said 4 to 5 inches. Randall said as of Monday there was 5 inches of ice on Mirror Lake. Each dogsled operator said they planned to start winter operations this weekend or early next week.

Houghton said Monday that his being on the ice with his dogs last year during those unsafe conditions was a mistake. A.J. Arnold said he and his father’s business did not operate that day.

“We shouldn’t have been there, you were correct,” Houghton said. “We left very shortly after that —  because we were there it wasn’t raining and it started raining. It was such a bad year (for business) it was like, ‘We gotta just hang out a little bit longer.’ And of course no one came out. We were soaked. The dogs were wet. We took everything and went home. That was a mistake on my part.”

“That day we drove through town, circled the town and left because it was starting to rain,” A.J. Arnold said.

Randall also brought up the county’s new dog tethering law passed this month and how it pertains to sled dogs.

“It talks about the kenneling largely and that it be appropriate and constructed in a manner that provides sufficient space to allow (dogs) to make normal (movements) and social adjustments with adequate freedom of movement and maintain physical condition,” Randall said. “And then the next section talks about extreme weather conditions, and extreme is not really defined, but it says no dogs should be left outdoors during extreme weather conditions such as snow or ice storms, thunderstorms or during extreme cold or heat or cold weather alert.

“This is brand new legislation,” Randall continued. “I know it came about largely to address the tethering issue which is not your particular concern in terms of your operations on Mirror Lake, but my perception is that this is a document that members of the public will be aware of, and their perception of what’s appropriate care will probably be called into play. And then later on it says, basically, anyone can register a complaint.”

Randall said the village has high support for what the dogsled operators bring to the community, but said the issue at hand is the timing of the discussion considering the county’s new law.

“It raises and exposes a discussion more than anything else,” he said. “The limits really aren’t defined here. There is no measurement as to what extreme weather is. It’s common sense as much as anything else.”

Leon said he brought the concerns up to the board as he viewed the dogsled operators as entities that signified to the rest of the public that it’s safe to go atop the ice.

“When you guys go out it kind of signals to the rest, ‘Come on!'” Leon said. “We have to make sure that it is safe.”

“That is a big responsibility, and we are very serious about it,” Mike Arnold said.

“We are aware of that,” Houghton added. “What you just said, we have talked about.”

Trustee Peter Holderied, owner of the Golden Arrow Resort where the Arnold’s operate their dogsleds, said he assessed the situation as well from a public perception and informational point of view.

“I look at this a little bit different from like a public relations, marketing point of view,” Holderied said. “Half the people in the country think like Jason (Leon), and half of our tourists that come here think like Jason. They humanize the dogs. So whatever can be done (to help) — and I have no idea if there is anything that can be done to make it seem better for the dogs, if you will.”

Bliss suggested the operators provide handouts or post informational boards about ice thickness and the dog’s safety in certain weather conditions at their operations. Each operator agreed that a major part of their job is to teach.

“A lot of our job is educating,” Houghton said.