Big Tupper in a holding pattern

Finances, weather among challenges facing ARISE as it considers opening 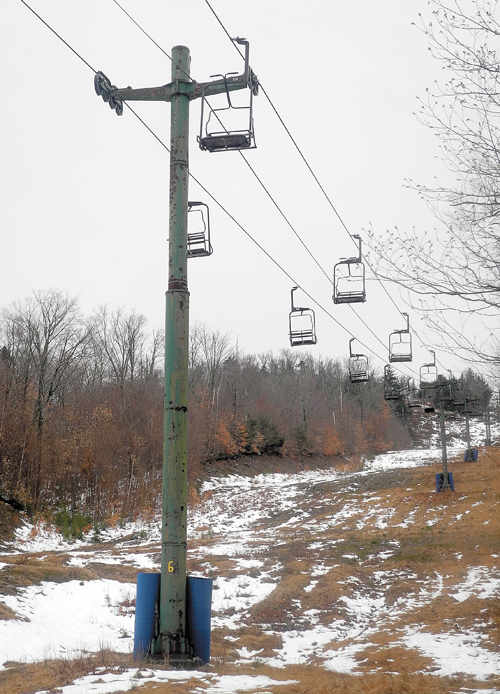 TUPPER LAKE — Normally during this time of year, Jim LaValley, chairman of the Adirondack Residents Intent on Saving their Economy, a volunteer group started in 2009, would be gathering up the team to run the Big Tupper Ski Area, but as the group faces weather and funding challenges, it’s unlikely the area will open this season, LaValley said.

The group, which currently has approximately 250 volunteers on its list, is still considering whether to open for 2016-17, LaValley said. A bit of a snowstorm the week of Nov. 21 stoked hopes for locals that the slope would open, but as the snow melts, the possibility seems to dwindle as well.

Big Tupper does not have snowmaking equipment, relying on natural storms to produce the snow and ARISE is just not economically prepared to run the area as costs include insurance, inspection, electricity and equipment maintenance, he said.

The operation costs between $130,000 and $150,000 with the volunteers, and not opening last year, despite having to take on the cost of upkeep for the slope, put the organization in a bad place at the start of this season.

“If all of a sudden we got a ton of snow, would we figure something out? I’d like to think so,” LaValley said. “One of our driving forces is the kids, just to get open and get the kids skiing. I just don’t know if we can do it, but I’m leaving my foot in the door.” 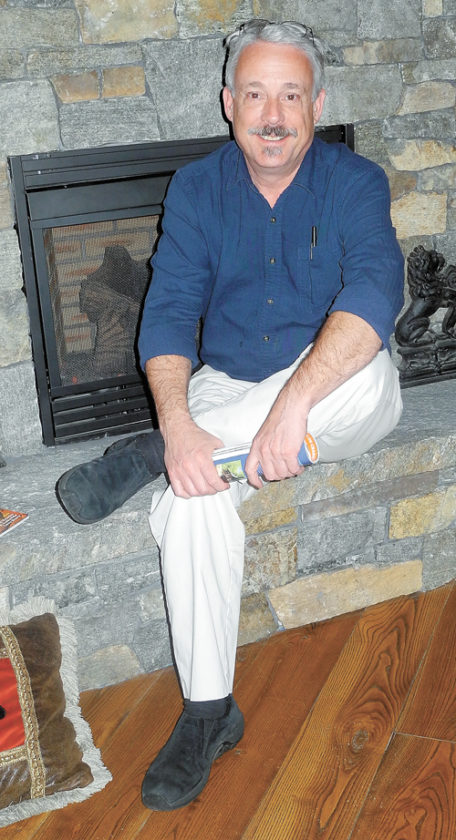 LaValley said originally when the group started in 2009, he met with the volunteers and told them he was thinking the volunteering would last one year, with a worst-case scenario of three years.

“The struggle becomes it’s hard to go back to the volunteer well every year,” he said. “We feel everybody’s tapped out. It’s a large business to operate, and when you’re using volunteers, it’s a delicate balance between creating accountability and making sure everyone is happy. The volunteer base begins to get tired, understandably. I think if this snow would’ve stayed and we got another foot-and-a-half on top of it, they’d be coming through the door.”

LaValley added that the organization is in discussions with other groups to put on the Snowball, an annual dress gala, this year as it is unlikely ARISE can fund it and the board wants to be careful about “going to the well” asking for help, donations and volunteers.

“It’d be a totally different story if we had some finances that we could roll into it,” ARISE Volunteer Coordinator Kate Bencze said. “But it’s going to people and asking for donations of food and donations of drink. It gets rough.”

LaValley said the group was originally started to circumvent violations the Adirondack Club and Resort, a planned 6,200-acre luxury housing development that will renovate Big Tupper as its centerpiece, would face from the Adirondack Park Agency if they opened the slope, LaValley said. 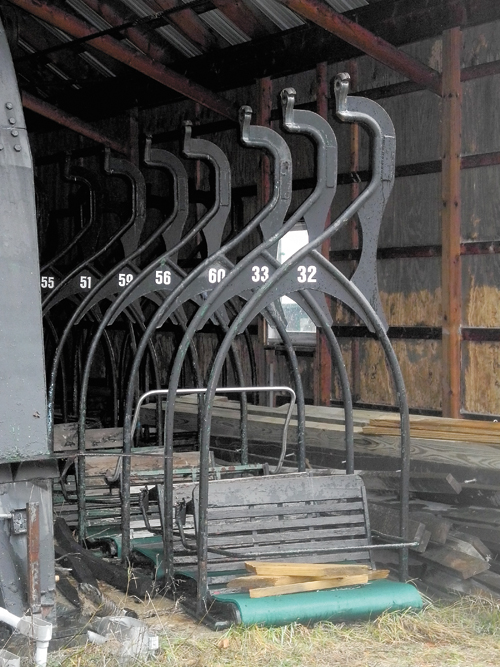 “We weren’t really sure what was going to happen, but it sort of took off on its own,” LaValley said. “We did our first tower climb on Sept. 2 of (2009), and we were hoping to open on Dec. 29, and so many people said we couldn’t do it. The Department of Labor was fabulous, the APA was fabulous. We got all of the regulators satisfied and we developed 250-plus volunteers as far as helping out. From front desk to groomers to chair operators, the community really came out.”

Since the first season, every subsequent year the season got later. The mountain did not open in the 2012-13 season due to a lack of funding, but then Paramount Pictures negotiated a deal with the organization to film a scene on the slope for the movie “Teenage Mutant Ninja Turtles.”

“It gave us enough seed money to then go back the following season and reopen,” LaValley said. “The downfall ended up being a positive. To be honest, Paramount, that company circulated about $6 million into the local economy out here, which was fabulous. We’d like to do a film every winter.”

The economic impact was due to the production crews spending money on motel rooms, house rentals, food, gas and local labor usage, LaValley said. As part of the contractual agreement, the company also had to buy their supplies in the local market as much as possible.

He said the money paid to ARISE was a non-disclosure, contractual item.

“The next year, we came back at it again,” LaValley said. “I think we opened up late January or February, and then last year that was the winter that wasn’t. That just financially killed us.”

Going forward, LaValley said the long-term life of ARISE is wait-and-see right now, partly dependent on the Adirondack Club and Resort, which will have a funding mechanism in place allowing for more economic development projects and stimulating growth in the community.

LaValley said he expects Big Tupper to move away from a volunteer to a fully-paid staff as 7.25 percent of sales of the resort’s “Great Camp” lots will go to the mountain.

When local businessmen Peter Day and LeRoy Pickering owned the slope as a private venture, they employed upwards of 100 people on staff, LaValley said.

Although the group’s future remains unknown, the community continues to have a strong interest in volunteering for the area, Sandie Strader, former town administrator and village mayor, who volunteers for the group said.

She said she has talked with some volunteers and believes they’re all still very interested in getting the operation up and running.

“There’s nothing right now, but I’m sure if it was able to open again, the volunteers would be more than happy to help moving forward,” she said.

Bencze said approximately 15 to 30 volunteers are needed at a time to run Big Tupper at a bare minimum if the organization decides to only run Chair 2 and not Chair 3. Chair 1 is out of commission.

“Volunteers provide all over coverage,” she said. “Most of them will work the office, ski around helping ski patrol or jumping on the lift line. It’s a constantly moving thing.”

Volunteers do almost everything to get the ski area ready, including mowing, getting firewood, equipment upkeep, plumbing, lodge operation, guest services and ski patrol, Bencze said. All operators have to go through training and have to learn ski patrol.

Strader said she has been volunteering with the organization since it began, working up at the mountain at the front desk.

“It’s the typical small town,” Strader said. “Everybody is willing to work and help volunteer. ARISE has worked very hard in trying to get (Big Tupper) running and successful. I’ve always been behind ARISE.”

Through the hard work and spent time and energy, Bencze said she thinks the volunteers come out for numerous reasons, including an incentive of four hours of volunteering equating to four hours of free ski time.

“One, there’s people that love to ski, and (Big Tupper) is cheap, and then if you volunteer you get that incentive,” she said. “I also think so much of it has to do with wanting activity that people are really encouraged to have something going in our winter season, and then its a feel-good thing. I have a lot of people that don’t ski, they just want to be around and be a part of it. It sounds a little sentimental and goofy, but you start to belong to this, it’s a family.”

Strader said the children were a big factor in what brought her out to volunteer for the ski area.

“It was great,” Strader said. “We had so many people come in and for me, it was to see the kids, the local kids come back up and use the mountain. It’s just a great feeling to see it up and running.”