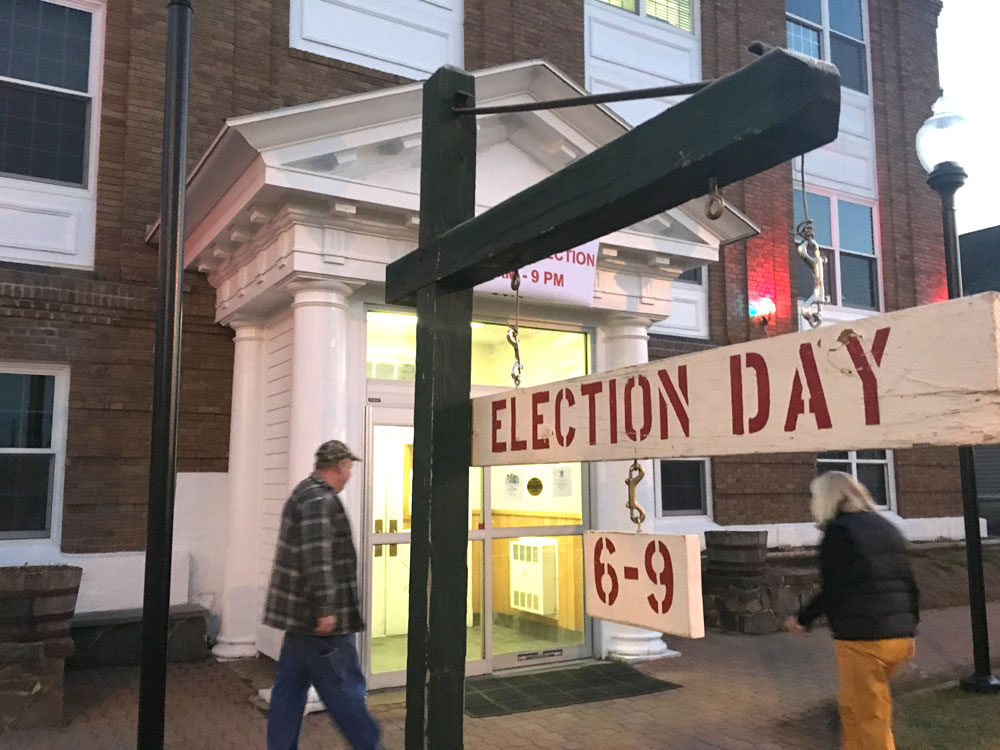 Election officials in Essex and Franklin counties are reporting high voter turnout and no major problems at the polls so far today.

“The numbers of voters we’re seeing coming in from the polling places, we’re very excited about,” said Essex County Republican Election Commissioner Allison McGahay. “We’ve got over 50 percent in our bigger polling places.”

During her tenure as an election commissioner, McGahay said that’s the biggest turnout she’s seen. She attributed it to the attention on the presidential race between Democrat Hillary Clinton and Republican Donald Trump.

“We’ve seen as low as 7 percent turnout during the four years I’ve been here, so over 50 percent at 5 p.m. is great,” McGahay said.

As of 6 p.m., poll inspectors at the North Elba Town Hall in Lake Placid said they had seen more than 2,000 voters in the election’s first 12 hours, which they felt was a bit more than in previous presidential elections.

In Franklin County, election officials also reported strong numbers, although they didn’t have specifics yet.

“The turnout has been really great,” said Franklin County Democratic Election Commissioner Kelly Cox. “There’s a lot of people out voting that have not voted in a long time. We’re getting phone calls from people who haven’t voted since the ’80s and want to make sure they could still vote.”

Cox and her Republican counterpart, Tracy Sparks, said they haven’t had any big problems reported at polling sites across the county. They had visited six sites personally as of 5:30 p.m. and were heading out to visit another.

“The voting is going smooth,” Cox said. “It’s just been very hectic because the phones are ringing constantly.”

The Franklin County commissioners said they weren’t aware of any poll watchers showing up at their election sites — something the Trump campaign had encouraged — although they said they may see some when the results are being tabulated.

McGahay said there have been no issues at polling sites in Essex County so far.

“We’ve had a lot of calls from voters checking on their registration status,” she said. “We’re doing our best to accommodate them.

“We had reports of someone conducting an exit poll in the southern part of the county, but from all reports, he was respectful of the rules and was talking to people within the area he was supposed to be in.”

Polls are open until 9 p.m.