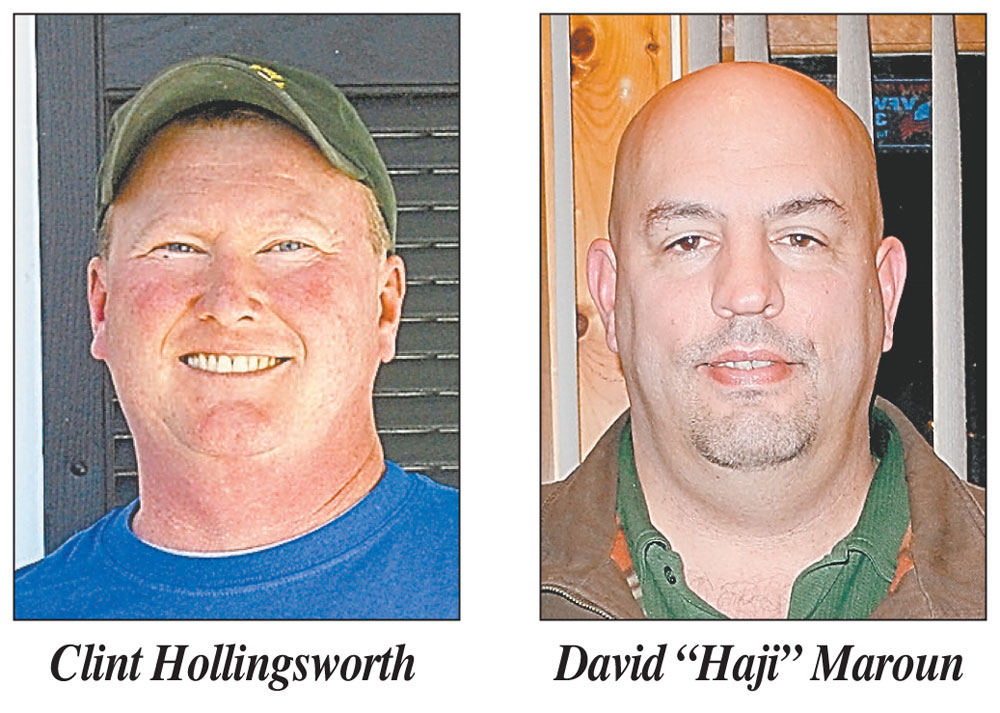 TUPPER LAKE — The village Board of Trustees will add one member while retaining another after Tuesday’s election.

Villagers elected Democrat Clint Hollingsworth, 41, and re-elected Republican David “Haji” Maroun, 47, who will serve his third term for the board.

Hollingsworth received the most votes at 764 votes, and Maroun received 524 votes.

Ray Bigrow, 62, a Republican, fell short with 498 votes, as did David McMahon, 68, a Democrat who got 460 votes. Poll results are unofficial and do not include absentee ballots.

Hollingsworth, who runs Hollingsworth Construction and Renovation, said he was pleased with the results although he was a little disappointed McMahon was not elected as well.

“I think the election went very well as the residents of Tupper Lake knew the candidates and voted the way they did,” Hollingsworth said. “I look forward to serving the Tupper Lake area.”

He said his main concern was to build industry in the village and support tourism to increase commerce.

Maroun, a correctional officer at the state prison in Ray Brook, said his plans going forward for the village are to boost tourism, fix side streets, keep taxes down and engage the youth and senior citizens of the community.

“I would like to work with the village and the town to create a youth program and continue the building of a youth-based ball park for the kids,” Maroun said.

He said he also hopes to support more events and activities at the Municipal Park to bring people into the village and to bring the community together.

Maroun said the upcoming term will be his final one as trustee.