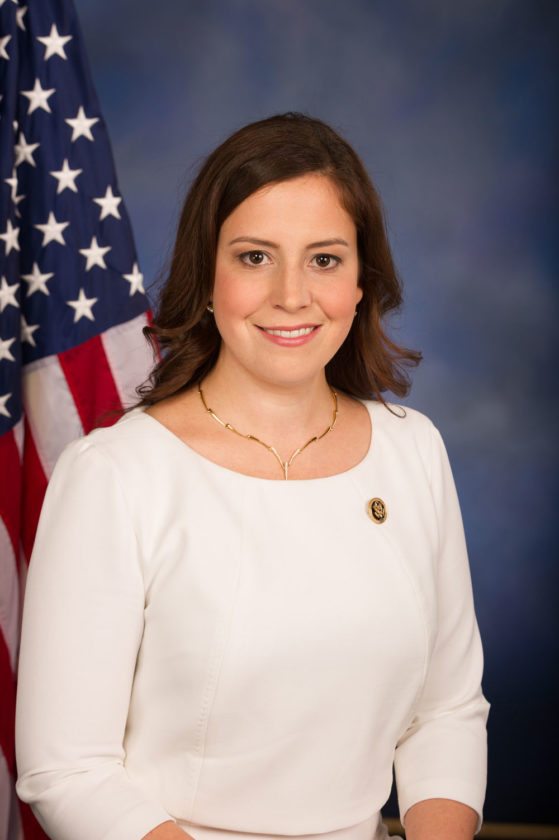 On June 16, U.S. Rep. Elise Stefanik cast a deciding vote against an amendment that sought to stop the military from enlisting undocumented youth.

The vote was among dozens of votes this year in which Stefanik, R-Willsboro, split from the House Republican Conference.

Of 237 roll-call votes in which four or more Republican House members voted against the majority of Republican members, Stefanik joined in splitting with the party 63 times, according to a Post-Star analysis of her 2016 voting record.

Stefanik is running for re-election on Tuesday against Democrat Mike Derrick, a retired Army colonel from Peru, in Clinton County, and Green Party candidate Matt Funiciello, a bread company owner and political activist from Hudson Falls.

Stefanik has portrayed herself in the campaign as being independent from the Republican Party. The Post-Star analyzed how frequently she split from the party and on what topics.

The June vote, in which the House defeated the amendment by a vote of 210-211, with no Democrats voting in support, was the closest vote in which her split from the party was a factor.

The amendment, which failed, sought to prohibit federal funding for enlisting in the military certain undocumented immigrants who entered the country before their 16th birthday and before June 2007.

Climate change was the most common topic Stefanik split from her party on. She voted against the party nine times in support of preserving funding for programs or regulations intended to address climate change.

Spending was the second most common topic. Stefanik voted five times against across-the-board cuts for federal agencies or programs.

Stefanik split from her party on three main bills.

Other votes in which she split from party include the following:

¯ Voted against using federal funds for the display of Confederate flags at national cemeteries.