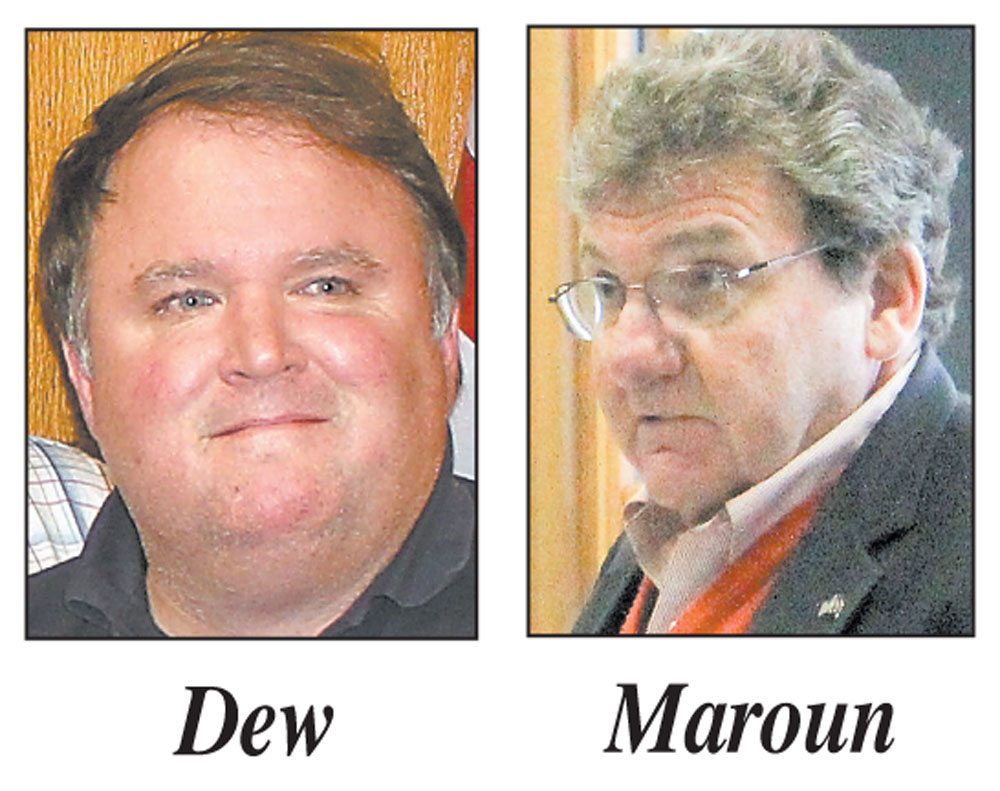 Voters in the towns of Tupper Lake and Santa Clara will either re-elect a veteran politician to his seat on the Franklin County legislature or replace him with an independent challenger on Tuesday.

Timber Lodge owner Donald Dew Jr. is running under the Adirondack Revival party banner in an attempt to unseat Paul Maroun, a Republican who’s held the District 6 seat for a combined 29 years. Maroun is also the mayor of the village of Tupper Lake and legal counsel to state Sen. Betty Little.

The candidates are presented here in alphabetical order by last name:

Dew, 56, said he’s running for the position because some people he’s talked to think Maroun is wearing too many hats.

“One of the things I’m hearing, and I tend to agree with, is it’s hard to serve that many masters,” Dew said. “I’ve got some background in both corporate and private business, and I thought this was time to give folks a choice. A lot of his recent elections have been unopposed. When you’re unopposed, I think you become complacent.”

Dew said dealing with the county’s budgetary issues, in particular the “fiscally stressed” rating it’s received from the state comptroller’s office, would be the biggest priorities if he’s elected. He said he has a strong background in business and auditing to bring to the table. He said the county should build its department budgets from the bottom up.

“We should start at zero, and what do we need for each department versus what do you want?” Dew said.

To boost job creation and retention, Dew said the county needs to do a better job of promoting its industrial parks, including the one in Tupper Lake, through the Franklin County Industrial Development Agency. He said he also wants to do more to support employees at Sunmount, the state-run center for people with developmental disabilities and Tupper Lake’s biggest employer. Dew said he tried to get a tour of Sunmount but was turned down.

“Obviously we hear all the negative things about Sunmount, but I think as a legislator there’s an opportunity to improve the employee relations, the community relations and ultimately the county and the state,” Dew said.

He referenced an incident that took place a year ago when a Sunmount resident stabbed an employee in the eye with a fork.

“When (Maroun) was asked about that, his quote, among others, was ‘Well, these things happen,'” Dew said. “That was very dismissive, like he didn’t really care about the employees. It was not received very well by the people who work at Sunmount.”

Dew said he wants to work with officials at North Country Community College to do more to promote and support its nursing program, citing a shortage of nurses in the region. However, he said he didn’t know enough about the college’s plans to upgrade its Saranac Lake campus to weigh in on it.

Asked about the rail-trail debate, Dew said he supports the state’s compromise plan for the Remsen-Lake Placid Travel Corridor. The state plans to replace the railroad tracks between Lake Placid and Tupper Lake with a multi-use recreational trail and rehabilitate and restore service on the tracks south of Tupper Lake to Big Moose.

“I’ve got a list of 112 businesses in Tupper Lake that actually supported removal of the tracks over the entire corridor,” Dew said. “(Maroun) did not agree with that, and the county Board of Legislators voted to endorse (keeping the tracks). At that point, he did not represent the people he was elected to represent. It’s not about what I want. It’s about the people that I represent. That’s what I would bring, if elected.”

Dew said more needs to be done to educate people in the southern end of the county about what county government does and what they get for their tax dollars.

“I think it’s a legislator’s role to inform the county, to be accessible to the people,” he said. “I think we could webcast the monthly meetings like state agencies do. I’d like to take out a regular update in the local papers on county news and issues we’re addressing, and I’d host town hall meetings to keep the communication open.”

While Dew hasn’t held elected office before, he’s a former member of the Tupper Lake Planning Board and the Tupper Lake Chamber of Commerce, and he served on the original Franklin County Occupancy Tax Committee.

Maroun, 64, said he wants to continue serving as a legislator “because I believe I can do as much if not more than anybody from Tupper Lake for the Tupper Lake area.

“With my contacts and my workings with Sen. Little, and with the people I know in the governor’s office, I can help the people of Tupper Lake and Santa Clara, and I can help the county on a lot of issues,” Maroun said. “When I feel my ability to influence people in Malone, Albany and Washington is over, then I won’t be running again.”

Among big issues facing the county, Maroun named resolving a centuries-old land claims dispute between the St. Regis Mohawk Tribe and the state and Franklin and St. Lawrence counties. He said a deal is “as close as its ever been.”

He also named the college as a priority. In the past, Maroun has raised concerns about the college losing its “community” focus.

“We have to make sure we fund it at an adequate level and make sure it’s run properly,” Maroun said. “I’ve been involved in some issues with the current president, but I think things are working out there. We also need to improve the main facility at the main campus in Saranac Lake.”

The formula the comptroller’s office used to give the county its fiscally stressed tag “is not accurate to describe our position,” Maroun said.

“We’ve not had to borrow money the last couple of years like other counties have,” he said. “In this year’s budget, we’re looking to put aside an extra $500,000 into our overall contingency budget, building up the surplus. We haven’t cut services. I think we’ve done a very good job, and we’re going to be able to reduce some spending in this coming year and the following year if the bed tax (revenue) works out as it looks.”

Maroun is a longtime member of the Sunmount Board of Visitors. He said Dew took his comments out of context about a Sunmount employee being assaulted by a resident.

Maroun said he thinks the Justice Center for the Protection of People with Special Needs often overreacts by putting too many employees on administrative leave when they’re accused of abuse and there’s not enough evidence to prove it.

On the rail-trail debate, Maroun said his personal position is that “you don’t tear up the only rail into the heart of the Adirondacks.

“I still believe there was a way to do the rail and trail for the whole extent of the line,” he said. “But I understand, the governor has made a decision. We have to live with what we have. I think it’s going to be great for Tupper Lake. When they upgrade those tracks, people will still want to come into the Adirondacks by rail.”

Maroun also rebuffed Dew’s claims that he’s wearing too many hats or become complacent after nearly 30 years as a legislator.

“If you’ve asked the hundreds of people I’ve helped over the years and some of the issues I’ve taken, I don’t think I’m complacent,” Maroun said. “These two jobs (mayor and legislator) are part time. I think I’m handling them well. I know the issues. I’ve helped get grants for the village of Tupper Lake. I’ve helped Santa Clara get grants in my capacity with Senator Little. I think I’ve earned the right to represent the people of Tupper Lake and Santa Clara for another three years.”