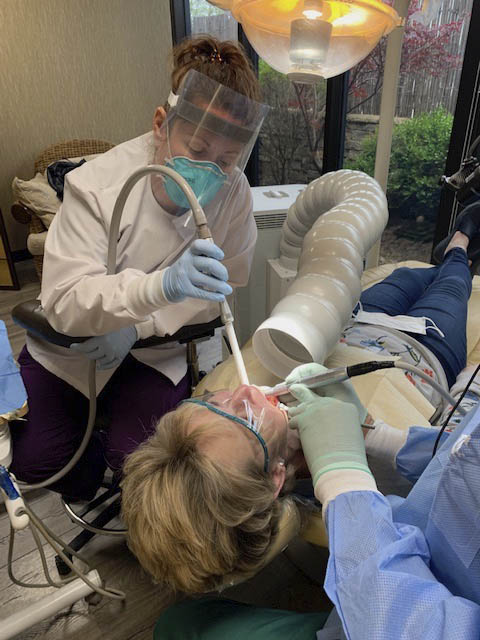 Sitting in close proximity to another person and exposing one’s open, mask-less mouth to an instrument that will spray saliva into the air is likely not an experience people are happily anticipating in the midst of the COVID-19 outbreak. As businesses open back up and stay-at-home orders are lifted, dental offices will likely be regarded with fear.

“Dentistry is one of the highest at-risk professions out there because of the aerosols,” said Dr. Grant Ritchey, a dentist in Tonganoxie, Kansas. In addition to restaurants, Ritchey noted, “We’re just about the only interaction where the person can’t wear a mask.”

The U.S. Centers for Disease Control and Prevention states on its website that dental health care personnel have been placed in the “very high exposure risk” category by the U.S. Occupational Safety and Health Administration. Some of the instruments used in dentistry “create a visible spray that contains large particle droplets of water, saliva, blood, microorganisms, and other debris,” the CDC notes on its website, and the splatter can travel a short distance and settle quickly on nearby surfaces, including workers.

But the real “wild card” is the aerosols, according to Dr. James Otten, a dentist who practices in Lawrence, Kansas.

The CDC notes that the spray from patients’ mouths may contain droplets that can remain suspended in the air, and in which the coronavirus can remain for hours.

“Aerosols are the things that are the most risk-producing problem in a dental office,” Otten said.

Despite the high risk of the profession, the four dentists interviewed for this article remained optimistic that the policies and precautions they are implementing will help mitigate the spread of COVID-19 at their practices.

“I think that patients have been a little bit nervous, but when they see the precautions that we are taking, they’ve felt comfortable once they’ve gotten here,” he said.

Johnson also feels comfortable despite the fact that his father, Dr. Paul Johnson, also works in his practice and is almost 65 years old.

In addition to Ritchey, Otten and Johnson, Ogden Newspapers also spoke with Dr. Akhtar Khan, of Nashua, New Hampshire. Many of the dentists’ have similar procedures in place, such as screening patients and taking their temperatures before allowing them into the office, limiting the number of patients inside the office and putting up partitions at the front desk.

Johnson and Khan are both having patients wait in their cars until a provider calls them to come inside. Ritchey and Otten will both only see one patient at a time.

Many of the providers are also leaving more time between patients to allow for extra cleaning time.

Otten said all the new safety measures he has put into place in his office has felt like “a year’s worth of change in two weeks.”

The Kansas dentist said he has spent about $10,000 in new equipment to mitigate aerosols in order to create the safest environment possible. He purchased a HEPA vacuum filtration system to remove aerosol contaminants chairside, right at the patient’s mouth.

He also bought a fogger that will disinfect each room with hypochlorous acid between each visit and at the end of the day. Additionally, Otten installed a virus-trapping filtration system in the main heating and air conditioning units.

Khan and Johnson’s practices, meanwhile, have bought extra-oral suction machines that will be placed near the patients’ mouths and help eliminate aerosol.

Johnson said any procedure that involves a high-speed handpiece, such as ultrasonic scalers — which are used routinely in many teeth cleaning procedures — create aerosols. Drilling a tooth, for filling or crown preparations, also produces aerosols, Khan said.

Johnson said he believed the extra-oral suction machines would not only make a great difference right now in helping to capture and trap aerosols, but also during the cold and flu season.

Some dental offices have individual rooms and partitions, making it easier to clean individual rooms. Ritchey has one closed room where his hygienist is currently working, but his other room is more open-concept and has three chairs for patients. When Ritchey eventually returns to having two hygienists in at once, he plans to put up clear drop-cloth sheets to separate the space.

In addition to discussing new policies and procedures, all four dentists also discussed the rising price of personal protective equipment, and whether they would offset those costs by charging patients an additional fee.

Lauren Rao, the operations manager at Nashua Dental Group, said the price of a gown has gone from about $3 to $10. She said she recently paid $200 just to receive 20 gowns, and she noted that many of the places she buys from are forcing customers to order a minimum number of gowns to complete orders.

Because of the rising cost of disposable gowns, Johnson said his practice will use reusable gowns that can be laundered.

Otten said that while acquiring PPE has gotten easier recently, during the last two months, there were times when “trying to get all the PPE we need has been like back alley blackmarket deals.”

At the Nashua Dental Group, patients are currently being charged a $15 fee to offset the cost of PPE, but it may only be a policy for a limited time, Rao said. The other three dentists are keeping prices steady.

It’s not just PPE that’s hurting dentists financially. Some of the precautions they are implementing, such as seeing one patient at a time and extending the length of each visit in order to have more time to clean, will also cost them.

But the “number-one priority” is for everyone to stay healthy, Ritchey noted, which isn’t new to the dentistry world. Most have always been concerned about the safety of their offices, Khan said.

Otten said there will be a lot of discussion about the dentist’s office being a dangerous place. But for anyone feeling concerned, Otten suggests that people “do their homework.”

As for Otten: “I wouldn’t come here every day if I didn’t feel safe, and neither would my team.” 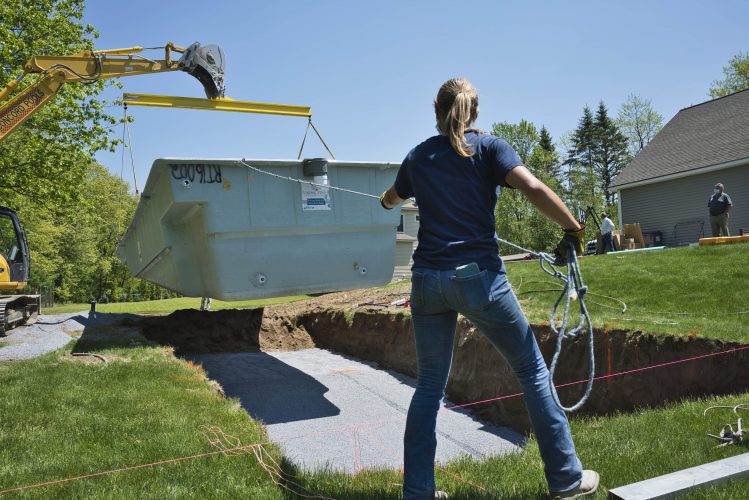 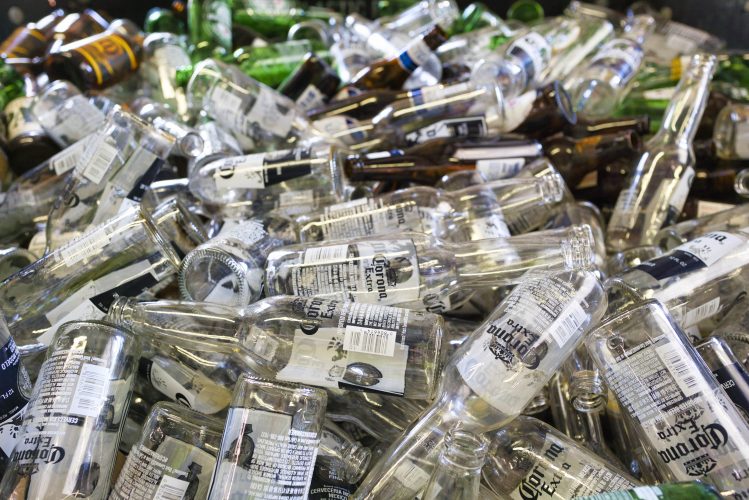 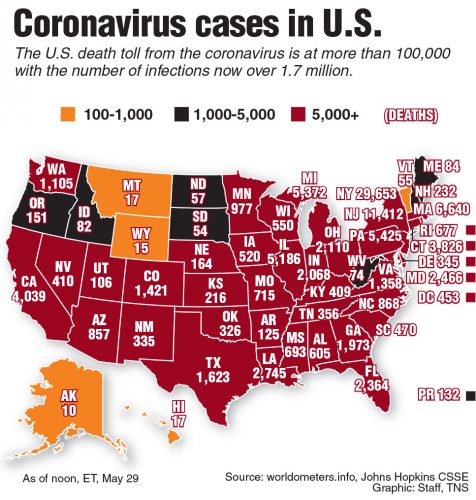