Recreational use in the Adirondack Forest Preserve has been increasing at a noticeable rate for the last several years. Most notably, hiker traffic has exploded in the High Peaks Wilderness and gone beyond the current carrying capacity of many trails and parking areas. This explosion in hiker traffic has gained the attention of land managers and lawmakers, who this past summer proposed new trails and alternate parking solutions in the amendments for the High Peaks Wilderness Unit Management Plan. The Adirondack Climbers’ Coalition is very concerned about the potential impact of some of these proposed parking changes.

The amendments to the HPWUMP have sharply reduced total parking, thus creating “competition” among recreational user groups. While hikers as a user group will suffer from this, they are by far the largest user group and tend to crowd out other users. In particular, rock and ice climbers feel that they have gained minimal consideration from the new plans and are fearful of losing access to recreational climbing opportunities.

The alternate parking solutions in the HPWUMP aim to close many existing roadside parking areas and replace them with two new parking lots and an expanded Round Pond parking lot. While this may sound like a great idea on the surface, once the two new lots are constructed, all other roadside parking will be closed, including the current Giant Ridge Trail lot. Considering that a busy summer weekend will see close to 100 cars in the Chapel Pond area, two new 20-car lots and an expanded 25-car lot will not effectively service this area.

Additionally, the plan of closing the GRT lot will prevent reasonable access to some of the most popular rock and ice cliffs in the region. Climbers will be forced to compete for limited parking and have to walk along the road to gain access to cliff approach trails since it is unlikely the proposed Chapel Pond connector trail from the new parking lots to Chapel Pond will have branched access to current climbing approach trails. If all roadside parking outside the two new proposed parking lots is posted as “no parking,” the ACC has three chief concerns:

1. Those accessing the Lower Washbowl and Spider’s Web (a nationally renowned cliff), which often sees a dozen or more visitors on a busy weekend, will be forced to compete for parking at the Chapel Pond Outlet Campground, thereby forcing paddlers, campers and climbers to compete for spaces in a six-car parking lot.

2. The Upper Washbowl and Creature Wall access will need to be rerouted unless climbers are expected to walk along the road. Not having people walk the road was why the new parking lots were proposed to begin with.

3. Ice climbers will be forced to compete for the six current spots at the center of the Chapel Pond, making it worse than it already is. Once the six spots are filled, human nature will be to find the easiest access from the two new lots and the expanded Round Pond lot. As soon as the Chapel Pond connector trail gets buried with snow, it will be ignored and ice climbers will walk the road to Chapel Pond.

For these reasons, the ACC proposes that in addition to the two new lots and the expanded Round Pond lot, the GRT lot be expanded, not closed, and roadside parking throughout Chapel Pond be left open to provide sufficient access to all users.

Climbing, like hiking, has long been recognized as a legitimate recreational use of public lands within the Adirondack Forest Preserve. Like hiking, climbing in the Adirondacks traces its roots to the 1800s with early technical ascents on Mount Colden in 1850 and on Gothics in 1896. Based on this history and the continued use of the Forest Preserve for climbing, the ACC urges the Department of Environmental Conservation, Department of Transportation, state and town officials to not limit climbers recreational access by closing roadside parking.

It should also be noted that climbers want to protect and maintain the cliffs they visit. Adirondack climbers volunteered over 300 hours of sanctioned access trail work during 2018. Additionally, climbers continue to volunteer yearly as peregrine falcon monitors, working closely with DEC staff and area biologists on critical nesting sites. Some in the ACC community also serve as DEC-selected volunteers on the technical rescue team. Climbers hope to have the continued opportunity of working with land managers and expanding the good efforts that have been started.

The Adirondack Climbers Coalition represents climbers recreating within the Adirondack Park and is currently 353 members strong.

Will Roth lives in Saranac Lake and president of the Adirondack Climbers Coalition. 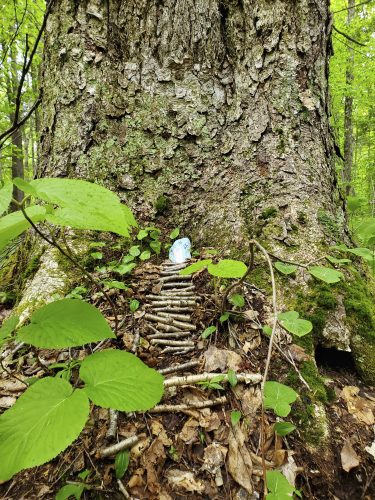