Reporting in the latest issue of the Adirondack Explorer shows the challenges facing the state as it tries to keep up with recreational pressures in parts of the Adirondacks. It also points to strategies that can help us preserve the natural character of the region and still serve the hundreds of thousands of visitors the Park attracts each year. Driving both the problems and the innovative responses are financial constraints. Overall, the story is at once disheartening and encouraging.

Staffing at the state Department of Environmental Conservation has not recovered to adequate levels following cutbacks from 2008 through 2010. Those staff cuts led to a notorious dismissal of Commissioner Alexander Grannis in the midst of a fiscal crisis in 2010. Grannis’ offense was to tell the governor the department was “hanging by a thread.” He said budget cuts would leave the department unable to fulfill its various missions statewide. Recovery from that fiscal crisis has not brought DEC staffing back to what’s needed. In the Adirondacks, the consequence is that a corps of forest rangers and field staff is stretched thin at a time when their services are needed more than ever.

Staff Writer Mike Lynch’s article in this issue describing heavy use of the High Peaks demonstrates the conditions confronting DEC. The number of hikers registering at the popular Cascade Mountain trail has more than doubled in the past decade, reaching more than 33,000 last year. Other well-known routes like those to the summits of Giant Mountain and Mount Marcy experience heavy use that has grown rapidly in the past 10 years.

The impact of this use – from trail degradation to litter and waste, from dangerously congested parking areas to the increase in search and rescues – are all documented. Rangers are doing their best to educate and guide hikers, enforce regulations and save lives. Sometimes they are called on to begin one arduous and dangerous rescue effort having just completed another one. They’re overextended, and they need help.

The most direct form of help would be a commitment from the governor and DEC leadership to bolster the ranks of field staff in the Adirondacks. That should take place as soon as possible. But that alone would not be enough. What’s also needed is the continued growth in the collaborative efforts that have helped fill the gap in the past decade.

There are many success stories. The nonprofit AuSable River Association has funded the placement of portable toilets at busy trailheads on state Route 73 while DEC is adding privies along busy High Peaks trails. The Adirondack Mountain Club and the Nature Conservancy, both nonprofits, partner with DEC to station summit stewards on popular peaks. The stewards act as friendly educators, guiding people away from fragile vegetation and talking about Leave No Trace principles.

This issue of the Explorer also includes articles describing fire towers on Hurricane and Stillwater mountains. While DEC oversaw restoration of these historic towers, volunteer friends groups helped fund and provide labor for the work.

This friends group model can work on more projects throughout the Park, helping extend DEC’s reach while maintaining its responsibility for oversight of the Forest Preserve. DEC can help develop this potential by designating a high-level staffer to publicize success, identify new projects and coordinate with local volunteers – to be a champion of collaboration.

Local governments and other state agencies can also help DEC. A longstanding example of this is how Hamilton County communities kept open access to the Moose River Plains. When DEC said it would close the access road during the 2010 fiscal crisis, town crews stepped in.

A work group at this summer’s Common Ground Alliance meeting discovered another example of how local governments can pitch in: Use local highway crews to plow and maintain trailhead parking to improve access for winter recreation. DEC officials in the discussion said the department is open to such arrangements and can make it easy for local governments to satisfy such concerns as insurance coverage.

One problem that requires urgent attention is the dangerous traffic situation at some High Peaks trailheads. Use has overwhelmed the parking capacity along Route 73 at the Cascade-Pitchoff parking areas, the Giant Mountain trailheads and local streets in Keene Valley. With traffic moving at highway speeds on Route 73, drivers come to sudden stops, make U-turns or even back up as they maneuver for parking spots. Families with children and groups of hikers emerge from between cars and cross the highway to reach their trail.

Local government officials, the state police and others must work with DEC to find a solution to this. It won’t be easy because there are physical limitations on where parking can be added as well as important aesthetic and environmental concerns. Keene now operates a trailhead shuttle to relieve the parking pressure. A more extensive shuttle service serving critical areas could be an answer if hikers could be induced to use it. DEC has said it plans to work with other agencies to address this issue. This needs to be a high priority. It feels like it’s only a matter of time before there is a tragic accident in one of these locations.

The lesson of the last 10 or more years is that there is no one answer to providing adequate safety and environmental protection in the Forest Preserve. Greater staffing of DEC is part of the answer. But so are the creative ways that others can lend the department a hand.

Tom Woodman is publisher of the Adirondack Explorer magazine, based in Saranac Lake. This essay appears as an editorial in the Explorer’s September-October issue.

The renowned Austrian psychiatrist and Holocaust survivor Victor Frankl (1905-1997) argued that freedom is not the ... 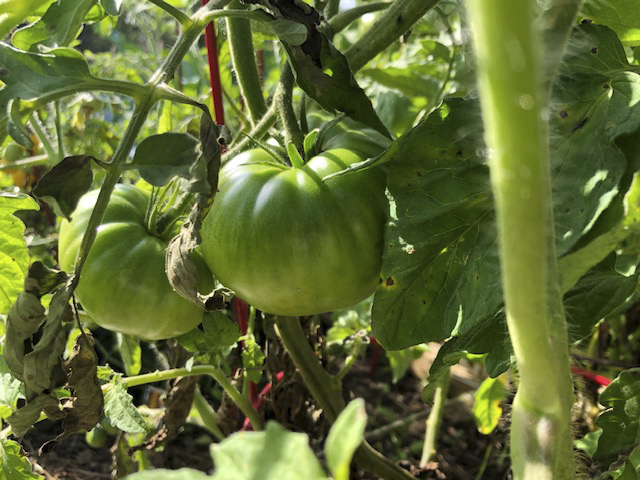 We all love our teenage tunes best

Bob Seidenstein’s July 24 column, “Schlock and roll,” brings to mind the way every generation grows up ...