Saranac Village at Will Rogers is seen recently. (Photo provided)

Saranac Village at Will Rogers is seen recently. (Photo provided)

Last week in this space we covered the closing of the Will Rogers Hospital in 1975 and the blow to the economy of Saranac Lake with the loss of 140 jobs.

Before we recap a little more history of that historic institution, it is our great good luck that Saranac Village at Will Rogers, that shining edifice on the hill, a beautiful place for Mom and Dad or Uncle Joe or Aunt Bea … is celebrating 20 years of serving seniors in Saranac Lake.

I reached out to Executive Director Jamie Whidden (Webster’s New World Dictionary had to upgrade the definition of “gentleman” after they met Jamie) to give me background on Saranac Village, which is now a independent living retirement community.

But let Jamie tell us about Saranac Village:

“The residence offers 75 apartments ranging from very affordable studios to the biggest apartments with up to 855 square feet of living space, with the largest style offering three bedrooms and two bathrooms. 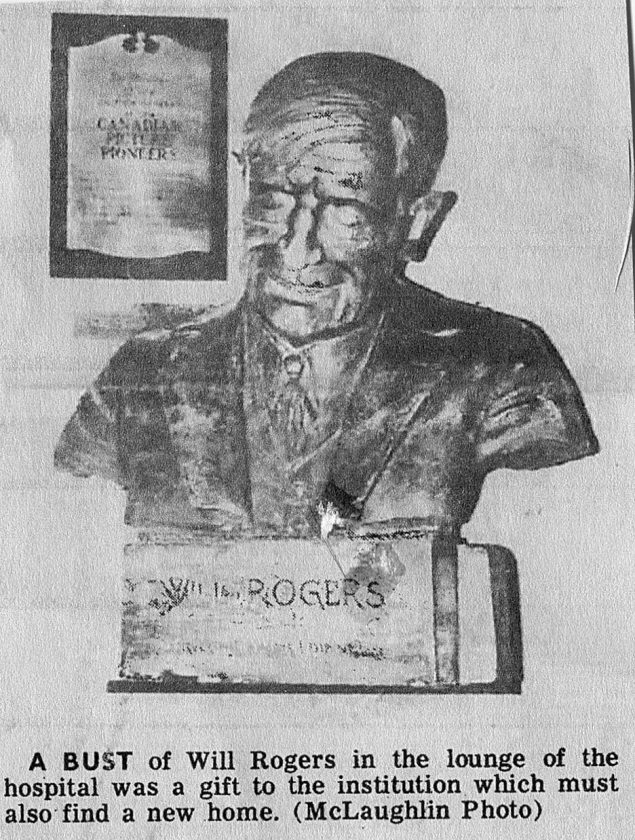 “The community provides three daily meals, weekly laundry and housekeeping, an activity and entertainment program, 24-hour staff, an emergency system, safety checks, a personal shopping service and scheduled transportation for errands, health appointments and outings. All utilities are included except for phone and cable.

“Apartments can be rented not only on a permanent basis but also for seasonal stays. Some year-round Adirondack Park residents come in just for the winter, while people living in the South sometimes join the community for the summer months.”

Then I asked Jamie about his immediate management staff, including himself, Activities Director Debbie Kanze and Building Facility Director Ken Symonds … all are celebrating their 20-year anniversaries of work at Saranac Village.

I love one of their slogans: “Retirement community living can bring not only more years to your life, but also more life to your years.”

Again from the Enterprise of October 1975:

“It was shortly after World War I that Edward F. Albee, impresario and theatre circuit owner, in company with a small group of prominent figures in the vaudeville field, originated an association for taking care of ailing and aged performers of the variety stage. This association was known as National Vaudeville Artists (NVA). In the early days of NVA, vaudeville performers needing treatment for tuberculosis were sent to ‘live in various places at Saranac Lake, New York’ — in screened in cottages, almost entirely in the open. Then in 1925, approximately 40 acres were acquired on a hilltop about a mile south of the village and NVA built a cottage there to centralize its healing mission. A little later, in March, 1927, an offshoot of NVA was incorporated as the National Variety Artists Fund. It was established for the express purpose of erecting and maintaining a larger hospital on the site. The first Board of Directors of the NVA Fund was comprised of Edward F. Albee, Pat Casey, William Fox, Maurice Goodman, Marcus Heineman, Marcus Loew, B. S. Moss, John J. Murdock, Sam Scribner, Walter Vincent and Henry J. Walters.

“Will Rogers Hospital construction was begun in 1928. It was named NVA Lodge when completed but in 1936 the name was changed to memorialize the entertainment industry’s ‘own’ Will Rogers. Actor Eddie Cantor officiated at the dedication ceremonies. It was dedicated for the use of Medical Director Dr. Edgar Mayer and his patients in 1930.”

More stars at Will Rogers

The Saranac Lake Winter Carnival theme in 2008 was “Hooray for Hollywood,” and Linda Jackson, one of the sparkplugs at Historic Saranac Lake, who keeps HSL firing on all eight cylinders, wrote a piece about Will Rogers Hospital. Here are some brief excerpts:

“Employees and retirees of the entertainment industry and family members over age 14 received free, quality care regardless of their position. Patients included employees from movies, radio, television and the stage; performing artists, technical and backstage personnel alike.

History of the statues

“The original sculpture of Will Rogers by Jo Davidson stands in the rotunda at Will Rogers Hospital, a gift of the Jo Davidson estate. It was brought in sections from Davidson’s Paris studio and reassembled at Will Rogers in 1952 by a former associate of Jo Davidson. Only two castings were ever made. One is in the Will Rogers Memorial at Claremore, Oklahoma; the other is in the Hall of Statuary in Washington, D.C.”

I have another feature story by McLaughlin about Will Rogers, too long to publish here today except for this:

“It would be something of a farewell gesture of appreciation if the main statue were left here, even if not in its original spot in the hospital rotunda. Saranac lake would like to keep something in the Will Rogers motif much as it was able to hold and revere the ‘Little Red’ building and the statue of Dr. Edward Livingston Trudeau, founder of Trudeau Sanatarium.”

I can find no one who knows what happened to the bronze bust of Will Rogers, which was located in the lounge. Bill also wrote a story about the missing bust, believing it was stolen. That bronze piece I remember well because it was in an open area. 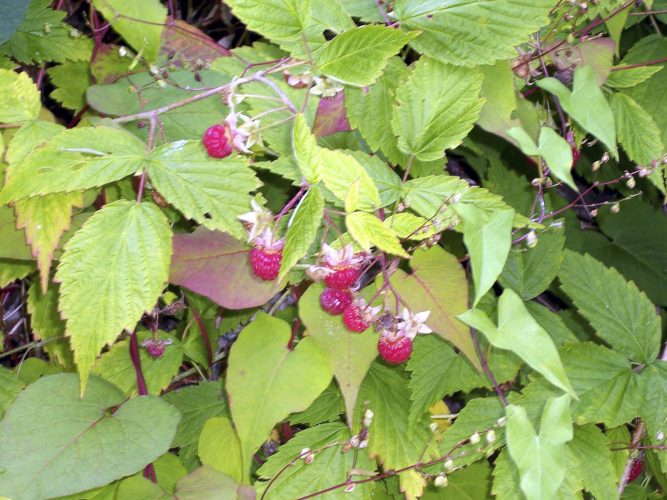 Summer of 2020 gets the raspberries

A recent Guest Commentary from David Lynch entitled “Stop the Adirondack Pregnancy Center” argues what the ...