Here are some real blasts from the past

What a great treasure has fallen into my hands — a 55-year-old copy of the Lake Placid News. Read all those now-famous Placidians as listed in the honor roll of the Lake Placid High School; a huge meal at the Charcoal Pit went for $1.25; and for all these years I remembered Red LaFountain’s popular restaurant on the Cascade Road as the Steak and Stinger, not the Scotch and Sirloin … What’a I know? 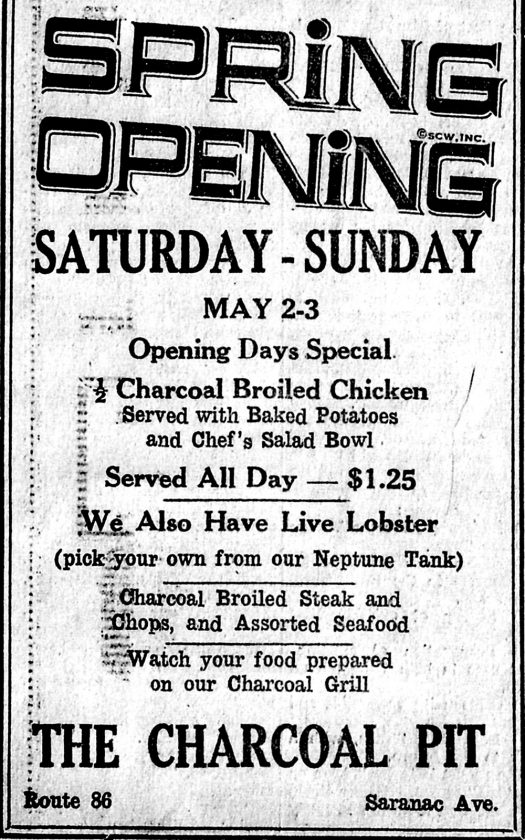 “A pot that has been bubbling for several years in North Elba politics finally boiled over in Tuesday night’s board meeting. Triggered by a letter of resignation from Park District manager Stanley Benham, the eruption resulted not only in the board’s accepting it, but in abolishing the position entirely.”

The lead story is very long. The board passed a resolution making the North Elba supervisor manager of the arena, eliminating the $7,000 yearly salary to save the town money. The motion passed 3 to 2. Councilman Bernard Fell and Justice of the Peace Paul Dupree (justices were then board members) voted against the resolution, and Supervisor William Hurley, Councilman Favor Smith (the farmer) and Justice Jack Shea, who introduced the resolution, voted in favor.

I reported to Bernie Fell when he was president of the Lake Placid Olympic Organizing Committee and when I authored all the official reports from the LPOOC to the International Olympic Committee, and delivered some of those reports directly to the IOC headquarters in Switzerland. He was direct and honest with everyone in every situation, and to prove that, he was always that way … from his life as a Lake Placid police officer to becoming a Presbyterian minister. So in the aforementioned meeting­ he said, “I don’t think Bill Hurley can do the job (to which Mr. Smith said he didn’t, either), but I want him to know it.”

“A delegation from the Lake Placid Sports Council appeared before the North Elba Town Board Tuesday night to urge the board to include an extra ice sheet in a proposition to come before the voters on new facilities at the Olympic Arena. Dr. Robert Madden, who acted as chief spokesman, Mrs. Ardelle Sanderson and Jack Barry brought a barrage of information to back the Council’s position favoring the ice rink.

“Supervisor Hurley said he has been opposed to the added ice sheet because the present skating program doesn’t run at a profit. The committee replied that it could with proper promotion. They supplied samples of advertising being done by other arenas with less to offer.

“‘We do the least to sell the best thing we have,’ said Mrs. Sanderson. ‘We have six of eight excellent pros, while these other places may have one who doesn’t begin to compare with ours.'”

“Lake Placid baseball fans will get a look at the Blue Bombers this weekend when the horsehide wheeler-dealers take on AuSable Forks tomorrow afternoon at 4:30 p.m. on the home diamond.

“Assistant baseball coach Wendell Bartholomew said the team is looking good and should do well this season.

“Probable starting lineup against AuSable Forks will be Gary Whittemore behind the plate, Jack Levitt at first, Dick Sheffield, second, Joe Roy at third, and Peter Sears at short. Charles Hare and Ernie Hough are slated to start in the outfield with Richard Kackle, Dave Bartholomew and Al Szcigulinsky still in contention for the other outfield spot.

“On the mound, Wendell said, probable starter would be either Jim Fogarty or George Nason, with Dave Fogarty and Dick Wright in reserve.”