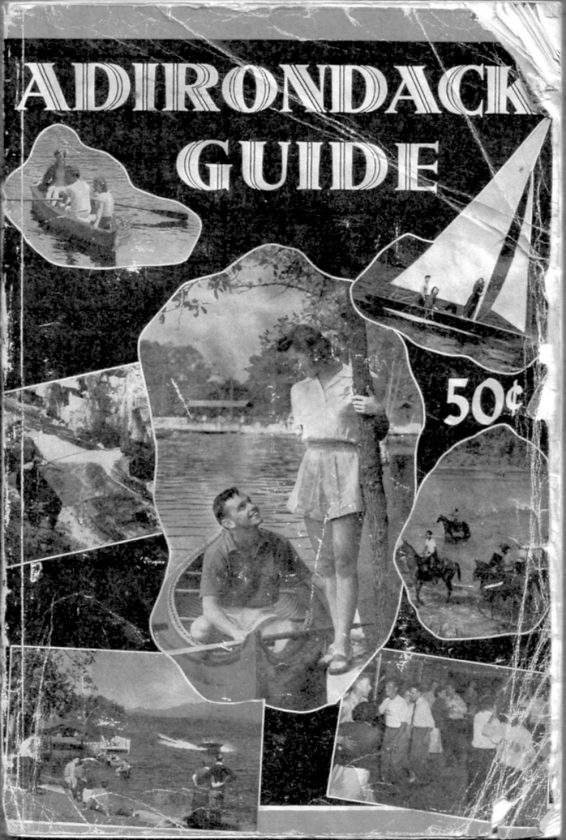 Adirondack Guide, for only 50 cents.

What a nice find by my friend Mary Partridge Peria, treasured treasurer of Saranac Lake for so many years.

Mary discovered the book in a trash bin somewhere, and she snagged it for posterity — or at least for one more review.

It was created in 1945, revised in 1951 and edited by Arthur S. Knight with Cody C. Kirkwood as advertising manager. What an undertaking: loaded with colored photos, 312 pages and listing 84 towns, villages and other locations. The price on the cover was a whopping 50 cents, but the mother lode is in the advertising. Mr. Kirkwood did his job; there are ads on every page.

The chapter index begins with “Adirondack State Park” and ends with “Willsboro.” It was published and printed by Adirondack Resorts Press Inc., Lake George.

Here is a note of interest before we cover, in excerpts, the listings for the Tri-Lakes: 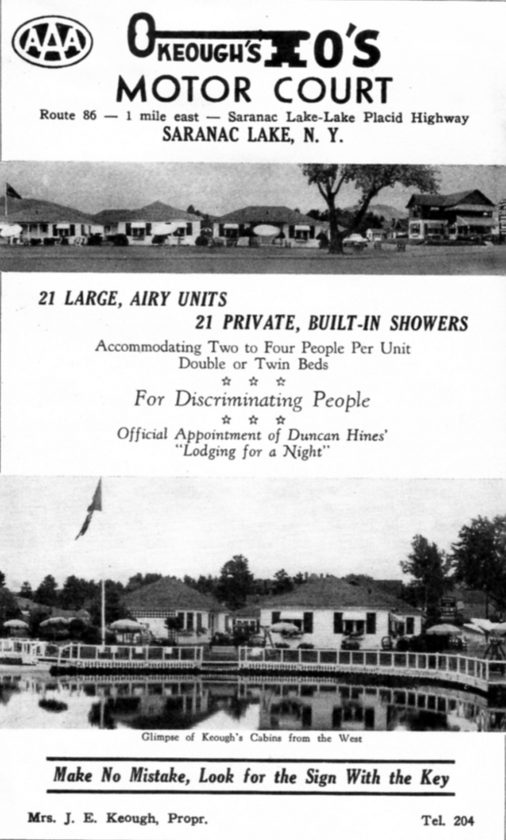 “Petrified Sea Gardens,” Saratoga Springs — “The chief but by no means the only attraction of this fascinating park is the weirdly beautiful esplanade of petrified seas plants, viewed where they grew countless millions of years ago at a time when vast areas of the present day Hudson and Mohawk Valleys were invaded arms of the outer ocean.”

“Saranac Lake has been aptly called the ‘Little City in the Adirondacks,’ for in no place in the Adirondacks can so many advantages be found as in this beautiful region situated in the northeast section of the Adirondack Park Preserve. It is the business, sports, pleasure and health center and an all the year around resort. In both summer and winter Saranac Lake has many diversified recreations and is easily accessible by New York Central Railroad, Adirondack Trailways, Greyhound Bus Line, Airlines and by motor over excellent highways No. 3, 10, and 86. 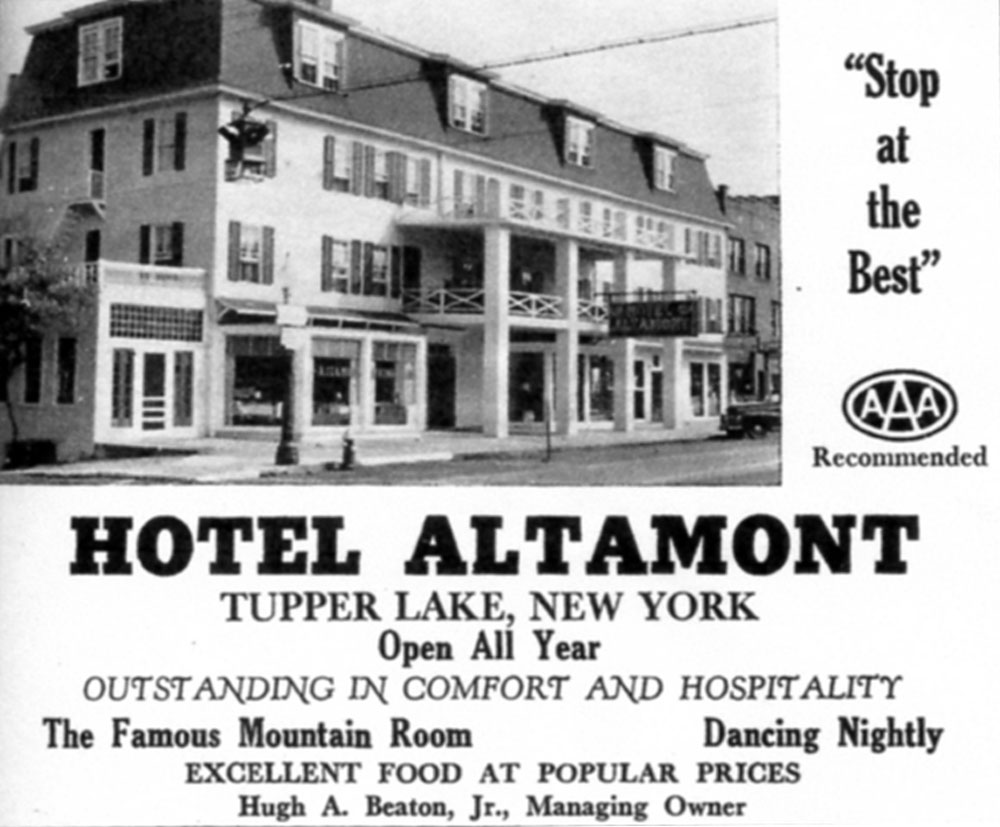 “Saranac Lake has been the training headquarters in August for a number of years for the Philadelphia Eagles National Champions. Last year the New York Giants held workouts twice a day at the Municipal Athletic Field on Petrova Avenue. There is no admission charge at these workouts. And for the past five years the New York Rangers Professional Hockey Team has made Saranac Lake their headquarters for pre-season training.

“Proceeding north on Route 10 out of Moody is but a short distance to the Village of Tupper Lake, which is located on the Raquette River where it widens out from Raquette Pond and is three miles by road or waterway from Big Tupper Lake and Simond Lake. Tupper Lake Village is on the main line of the Mohawk and Malone Division of the New York Central and is also reached by Adirondack Trailways and Watertown buses. 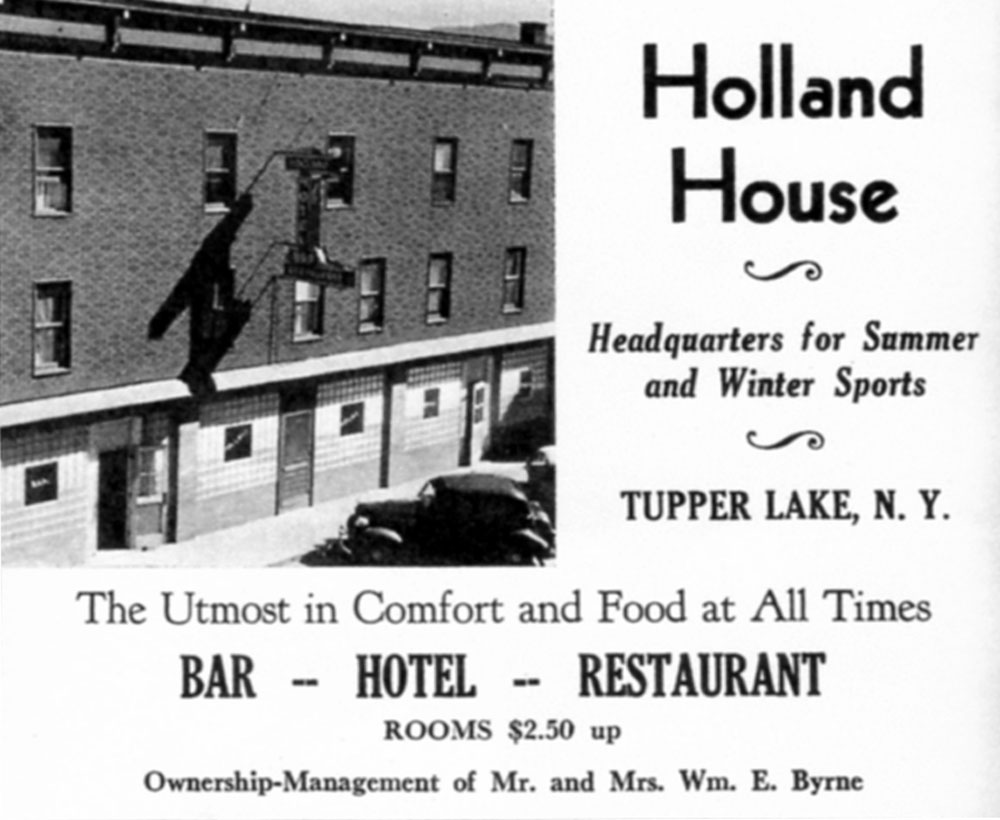 “Among the many thousands who will visit the Adirondacks this year there will be many tourists who will not get a glimpse of the Tupper Lake region, one of largest and most beautiful of all the North Country sections. This is due to the fact that many people do not turn aside from their mapped route for a few hours and tour this scenic wonderland.

“Tupper Lake is the largest of the Adirondack lakes; and not just one, there is a series of lakes connecting with each other and is rapidly becoming known as one of the gems of this mountain region. 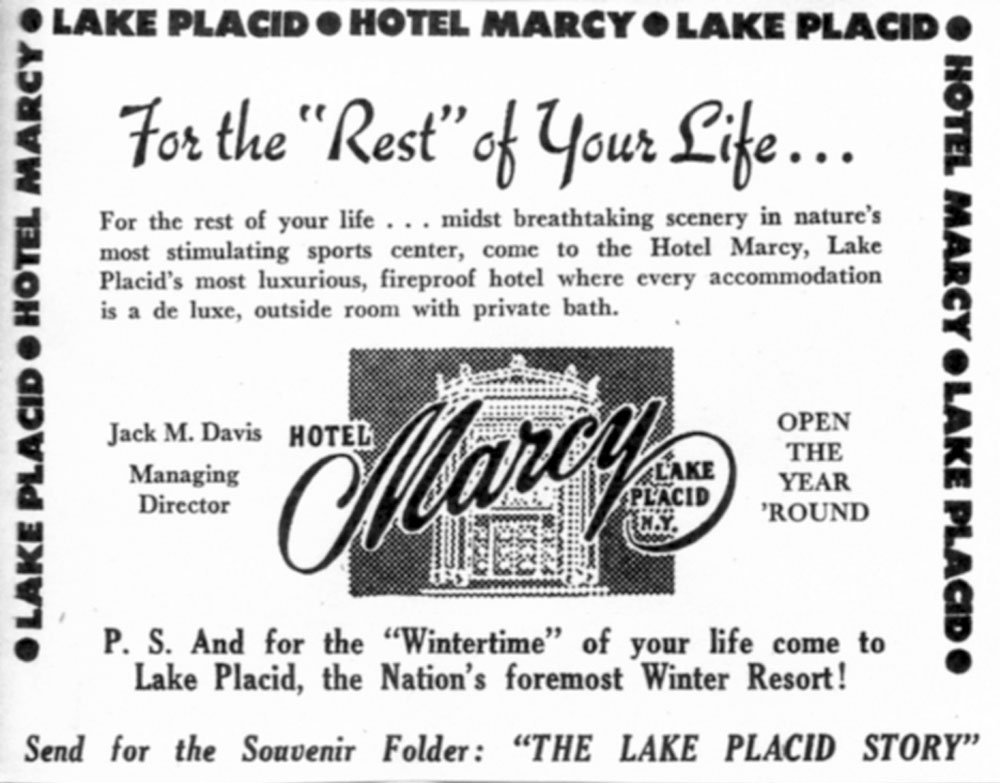 “Lake Placid, known the world over since the turn of the century for its diversified sports program — winter or summer — spring or fall — offers the vacationer the choice of any sports in any season in an unsurpassed setting of mountainous scenic grandeur.

“Cradled on a plateau, 2,000 feet above sea level, surrounded by the highest peaks in the Empire State, the village lies along the shores of Mirror Lake, which truly reflects the surrounding summer beauty, to become a pure white gem surrounded by snow-mantled evergreens. The northern boundaries of the village caress the shoreline of beautiful Lake Placid, watched over by the towering majesty of Whiteface Mountain.

“Lake Placid is rightly named, for here life moves at a peaceful tempo in the toxic-laden air filtered by thousands of square miles of pine and balsam. A magic vacationland where you can play, rest, renew strength and energy and really live — and you can pick your own recreation or sport from early spring to late winter.”