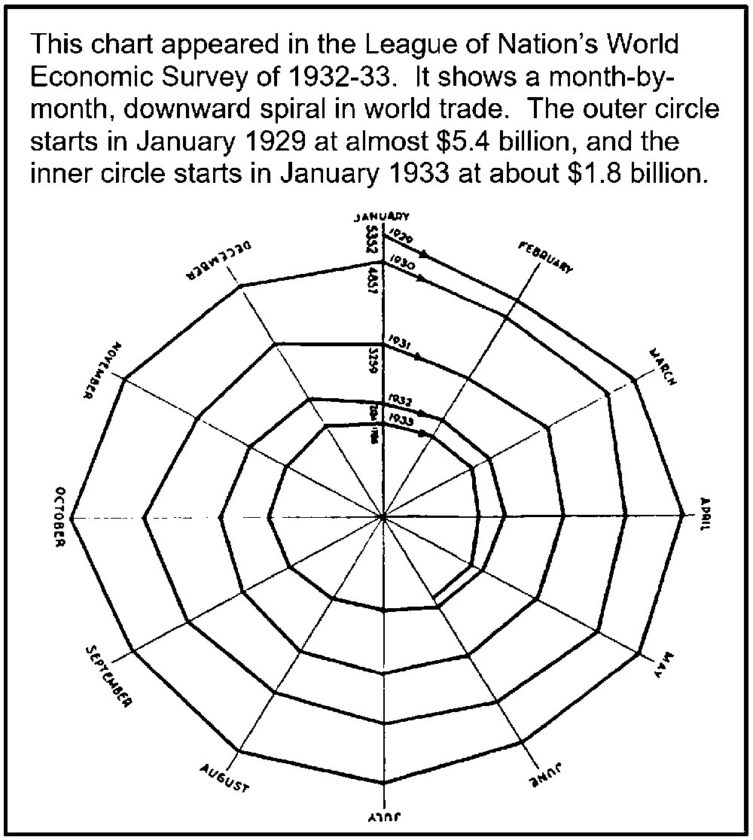 Radio announcer Harry von Zell made one of radio’s all-time biggest bloopers when he referred to President Herbert Hoover as “HoobertHeever.” According to Snopes.com, a fact checking website, and contrary to popular myth, “the occasion for Harry von Zell’s immortal flub was not a live address by the president of the United States or an inaugural speech, but a tribute offered on the anniversary of President Hoover’s birth. Announcer von Zell was reading a lengthy recounting of Hoover’s life, career, and accomplishments, and at the very end he slipped up and mispronounced the President’s name as ‘Hoobert Heever,’ creating the Spoonerism for which he has ever since been famous.”

It’s difficult to imagine a world without TV and internet but, in Hoover’s time, newspapers and radio were the leading methods of communication. Currently, the president’s preferred method of communication appears to be posting tweets. Twitter’s bird logo is most appropriate as Twitter is loaded with birdbrained thoughts and ideas including the president’s tweet on March 2, 2018 that said “when a country (USA) is losing many billions of dollars on trade with virtually every country it does business with, trade wars are good and easy to win. Example, when we are down $100 billion with a certain country and they get cute, don’t trade anymore-we win big. It’s easy!”

To the contrary, history shows trade wars are anything but “good and easy to win.” The Smoot-Hawley tariff of 1930 is a classic example of the damage trades wars can wreak on the world economy and how tariff increases, which are taxes on imports, can spread like wild fire. According to the League of Nation’s World Economic Survey of 1932-33, “the Hawley-Smoot tariff in the United States was the signal for an outburst of tariff-making activity in other countries, partly at least by way of reprisals. Extensive increases in duties were made almost immediately by Canada, Cuba, Mexico, Italy, Lithuania. … During 1932, there were general tariff increases in the United Kingdom, Egypt, Norway, Japan, Portugal, Greece, Siam, South Africa, Australia, Belgium, Latvia, the Netherlands, the Dutch East Indies, Nicaragua, Persia and Venezuela.” The League of Nation’s Survey also noted a dramatic 67 percent drop in world trade (see chart) occurred from 1929 through 1933.

On June 2, 2018, the president also tweeted “The United States must, at long last, be treated fairly on Trade. If we charge a country ZERO to sell their goods, and they charge us 25, 50 or even 100 percent to sell ours, it is unfair and can no longer be tolerated. That is not Free or Fair Trade, it is Stupid Trade!”

Again, to the contrary, data from The World Bank, show average tariffs rates (taxes on imports) for the U.S. and its major trading partners are within a fairly lowand narrow range. Regardless of the political rhetoric, it is a big stretch of the imagination to believe current U.S. trade policy is based on so-called unfair trading practices, especially trade with traditional U.S. allies. According to the World Bank, in 2016, the average tariff rates in the United States, United Kingdom, France, and Germany were identical at 1.6 percent. Canada was 0.85 percent; Japan was 1.35 percent; China was 3.54 percent, and Mexico was 4.36 percent. Given those statistics, a case could be made that China’s and Mexico’s tariffs are unfair to the U.S. but tariffs of the traditional allies of the U.S. certainly are not. As Senator McCain tweeted on June 9, 2018, “to our allies: bipartisan majorities of Americans remain pro-free trade, pro-globalization and supportive of alliances based on 70 years of shared values. Americans stand with you, even if our president doesn’t.”

There are no winners in a trade war. Let’s hope our leaders have the good sense to learn from the mistakes of the past and avoid another one.