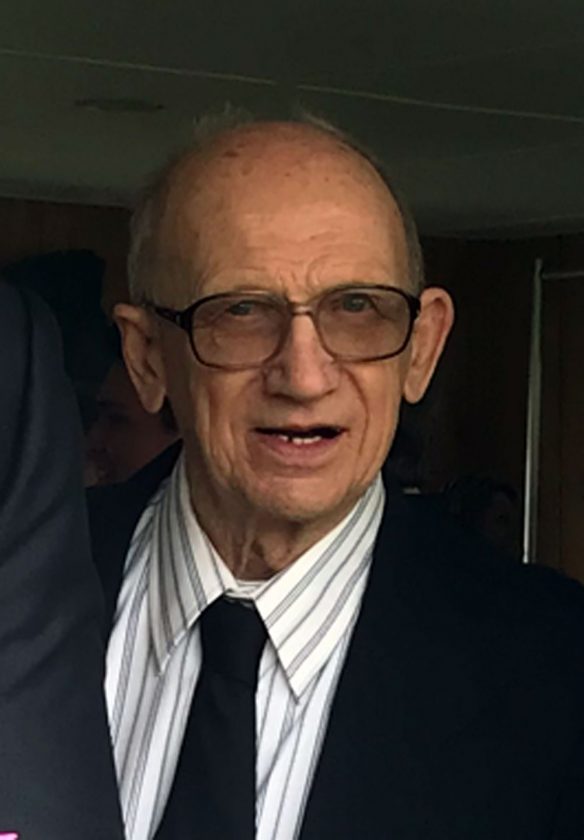 Neil F. Pratt, a life-long resident of Lake Placid, passed away on Nov. 27, 2019 at CVPH Medical Center in Plattsburgh at the age of 86 from natural causes.

Mr. Pratt was a veteran of the Korean War, serving in the U.S. Army in Korea from 1952 to 1954. He also volunteered for the Lake Placid Volunteer Fire Department for many years, and very much enjoyed being a member of the Department’s racing team. In early years, he worked on the Olympic bobsled run for the State of New York and also had a refrigeration business.

He worked for Uihlein Mercy Center as Head Engineer for 20 years, retiring in 1994. In present years, he was a proud member of the Masonic Lodge in Lake Placid for 24 years; Master Mason from 2001 to 2003.

Aside from family, Mr. Pratt’s greatest passion was the woods. He loved spending time in his beloved camp off Bear Cub Road, hunting and hiking the mountains. He knew the woods so well, it earned him the nickname “Noah” after the legendary Adirondack Woodsman Noah John Rondeau.

Mr. Pratt was predeceased by his parents Horace and Gertrude Pratt. He was a loving father and grandfather with a heart of gold for his family. He is survived by his daughter Teal Pratt, son Mark Pratt and his wife Beth; three Grandchildren, Caitlin Pratt and her partner Craig Shipman, Austin Pratt and his wife Bibiana, and Spencer Pratt. He has three great granddaughters; Elliana and Ayla Shipman, and a little one on the way that he has already met in spirit. He also leaves behind two brothers, Horace Pratt and his partner Claire O’Connor, Kent Pratt and his wife Janette, and two sisters, Joan Ornsby and Sandra Daby and her husband Dale, all of Lake Placid.

Calling hours will be held Friday, Dec. 27 from 6 to 7:30 p.m. with a Masonic Lodge prayer service at 7:30 p.m., followed by a Lake Placid Volunteer Fire Dept prayer service an American Legion prayer service. Burial will be in North Elba Cemetery, Lake Placid, at the convenience of the family. In Lieu of Flowers, memorial donations may be made to Wounded Warrior Project at woundedwarriorproject.org.

The M. B. Clark, Inc. Funeral Home in Lake Placid is in charge of arrangements. Relatives and friends are invited to share a memory or leave condolences at www.mbclarkfuneralhome.com.