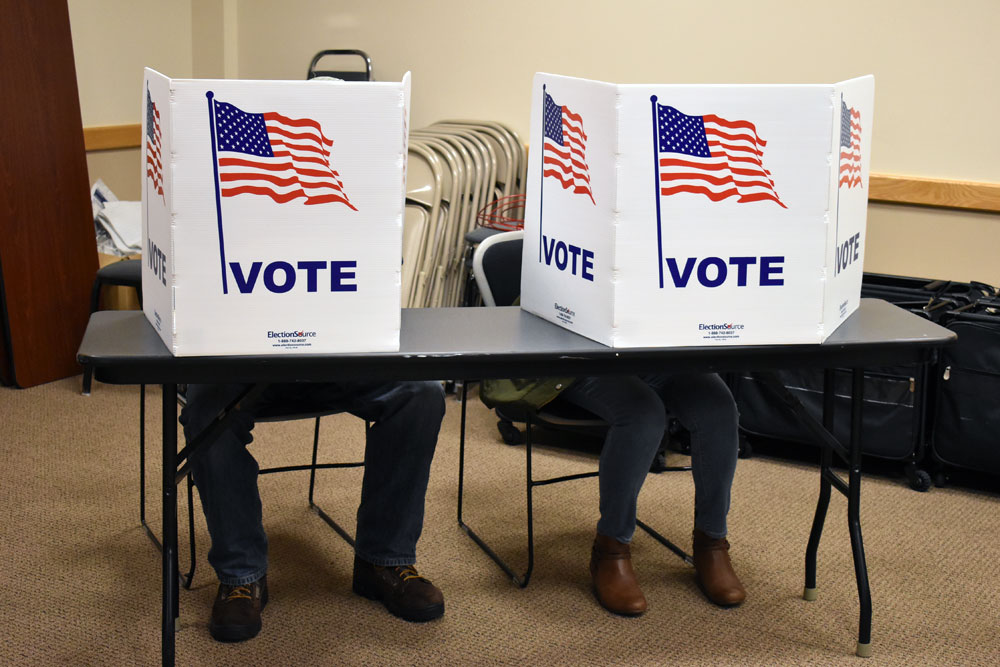 North Country congressional candidates Elise Stefanik and Tedra Cobb both say the Nov. 3 election should not be delayed, disagreeing with President Donald Trump’s suggestion about pushing it back.

Both said they support expanding absentee voting. Stefanik, R-Schuylerville, specified that she does not want to expand it to the point that it becomes automatic. Cobb, a Democrat from Canton, said New Yorkers should be able to safely vote by mail.

Trump has since loosened his stance on delaying the election, and he would have no power to do so. Congress would need to vote on a delay.

The coronavirus pandemic, which has killed more than 150,000 Americans in the past months, has pushed many aspects of society into non-physical spaces. Primary elections in New York last month were conducted through expanded absentee voting — meaning any voter could request an absentee ballot using the pandemic as the excuse. School elections, however, were conducted through automatic mail-in voting — meaning ballots are mailed out to each voter automatically.

Automatic mail-in voting is basically a broad expansion of absentee voting, but it has been controversial as worries have been expressed about security. People worry about dead people’s names being used to vote or that ballots could be lost or stolen. Trump has also said foreign countries could send fraudulent ballots, which intelligence officials have dismissed as a threat.

Some states have indicated that they would like to do automatic mail-in voting.

“With Universal Mail-In Voting (not Absentee Voting, which is good), 2020 will be the most INACCURATE & FRAUDULENT Election in history,” Trump tweeted Thursday morning. “It will be a great embarrassment to the USA. Delay the Election until people can properly, securely and safely vote???”

Currently, New York requires an excuse to receive an absentee ballot. One expansion of the voting program would be to change to a no-excuse system, which 29 states and Washington, D.C., offer.

Mary said members of her family vote absentee every year and that St. Lawrence County does a good job with it, but she believes if this is expanded to thousands of voters around the county, it could be a problem.

Stefanik said she is against automatic mail ballots but for expanding absentee ballots. She said she has heard of issues with direct-mail ballots not being counted.

“We have seen numerous instances in these past couple months … that there have been lots of problems with the automatic mailed-out ballots,” Stefanik said.

She also supports early voting, saying it is a safer way to vote in person.

“Americans should be able to exercise their right to vote without the fear of getting sick,” Cobb wrote in an email. “The Congresswoman has voted by mail six times in New York State. All New Yorkers should be afforded the same opportunity in November.”

“Let’s not lose sight of what’s important: 150,000 Americans have died, the economy is in shambles, and millions have lost their healthcare,” Cobb wrote. “It has been four months, and we still don’t have a consistent or realistic Federal response to the COVID-19 pandemic. That includes ensuring the safety and security of our election — our lawmakers should be focused on that response.”