By the Enterprise staff 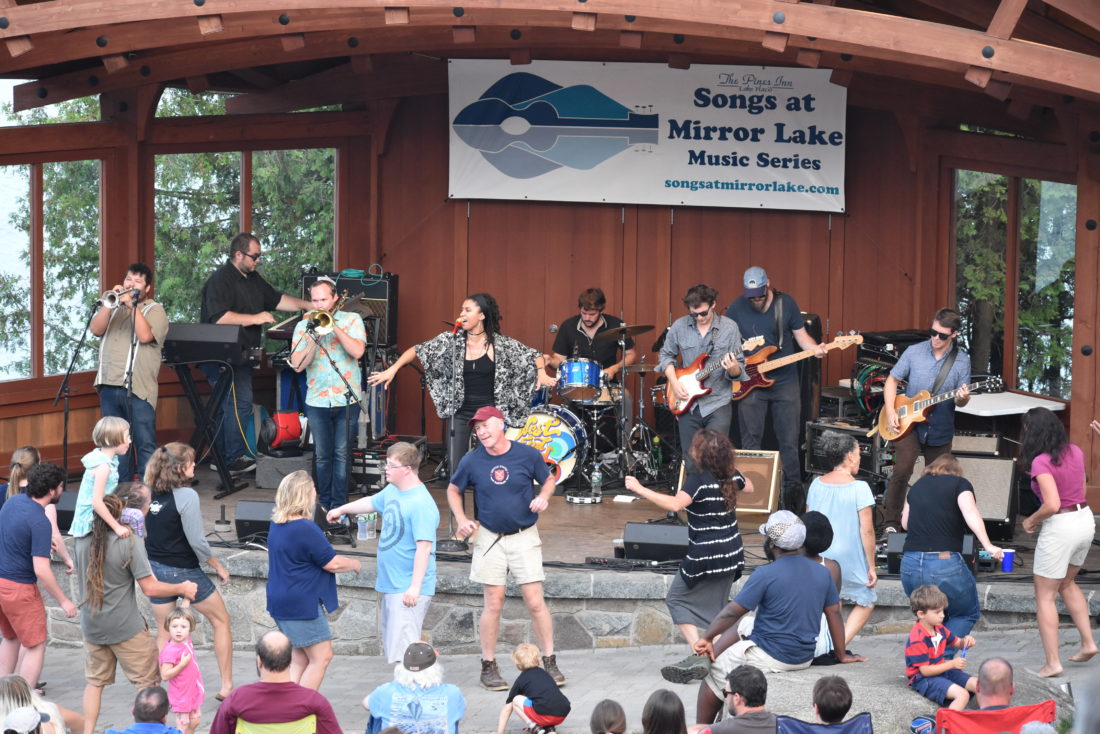 LAKE PLACID — The Songs at Mirror Lake Music Series announced Thursday that due to the coronavirus pandemic, the 15th anniversary of the free concert series has been canceled.

Normally, Songs at Mirror Lake organizes a free concert by a national touring act each Tuesday evening in summer in Mid’s Park on Main Street. Crowds commonly pack the park, and more people paddle up in boats to listen from Mirror Lake. But a crowd like that is not allowed under New York state’s restrictions intended to limit the virus’ spread.

The organizers had been planning a modified series consisting of three weekly drive-in style concerts that would enact COVID-19 protocols, but due to the rising number of cases, travel restrictions, state quarantine regulations and general health and safety surrounding the pandemic, concert organizers have decided to cancel and celebrate the 15th anniversary season next summer.

The Lake Placid Center for the Arts recently canceled a drive-in concert scheduled for this weekend at the North Elba Show Grounds. The band, Uprooted, is led by Michael Glabicki, former frontman of Rusted Root, which has performed at Songs at Mirror Lake multiple times.

On July 28, Gov. Andrew Cuomo added three states — Illinois, Kentucky and Minnesota — plus Washington, D.C., and Puerto Rico to the travel advisory requiring individuals who have traveled to New York from those areas to quarantine for 14 days. There are now 34 states on the list.

The Songs at Mirror Lake Music Series is a nonprofit 501(c)3 organization comprised of a volunteer committee that covers all expenses through sponsorship and donations. Since many businesses in the community and region are still struggling through the coronavirus pandemic, the Songs at Mirror Lake Music Series will not be seeking sponsor or donor contributions this summer. However, anyone wishing to donate or sponsor the music series can be assured that all funds received in 2020 will be utilized for the 2021 summer series.