Trestle Street fills up as it fills a demand 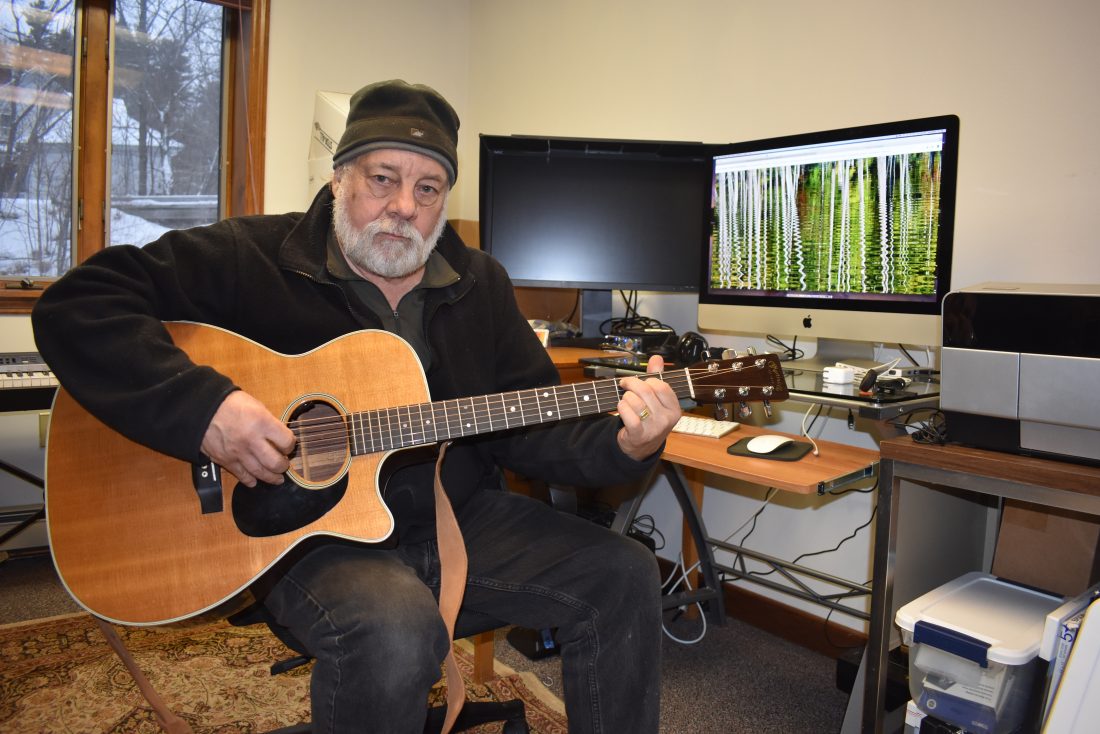 SARANAC LAKE — Dave Filsinger says his art and music space is gaining the attention and variation he hoped it would, and a lot of that is because of local support and donations.

“I think the community felt they had a need and they responded,” he said. “Beyond just coming in here and using the facility, whether it’s a long-term tenant or short-term, I have gotten an outpouring of donations of time, equipment, money and instruments. People in this community are starting to notice and are really eager to help out.”

At the start of November 2019, Filsinger opened Trestle Street, a business on Woodruff Street where artists and community groups can rent out space for studios and events. The building was originally a cure cottage for tuberculosis patients in the 1890s and was later modernized and used by St. Joseph’s Addiction Treatment and Recovery Centers as an outpatient center.

With Saranac Lake often touted as an artistic hub in the Adirondacks, Filsinger said there was a need for a space where artists, both professional and amateur, can work, mingle and collaborate.

“A couple of weeks ago we had a Baroque recorder group come in one day and a heavy metal band come in the next to hold tryouts,” he said. “It’s been great. By March 1, I’ll have eight of my nine studios rented.”

Johnna MacDougall, the founder of African drum and dance company Soma Beats, rents space at Trestle Street. Janeen Streeter has a studio where she teaches piano and violin lessons, outside of her day job as Saranac Lake’s elementary school music teacher. Photographer Carl Rubino rents out two spaces upstairs: one for his photo editing and songwriting, and the other for storage.

Filsinger never set out with the intention to make a lot of money off Trestle Street. He figured he wouldn’t make any money at all. When asked if it’s been profitable these past few months, he said, “No. I hope to break even, but it will take a couple of years, I’m sure. From the heating cost alone, it will be a while before I show a profit.”

Filsinger said he owes the current success to people in the local arts community.

“It’s great having the space here,” she said. “It solves a lot of the problems as far as where and when. There are so few places where you can find people doing artwork and giving music lessons outside of their homes. It seems like community spaces are in demand and hard to find.”