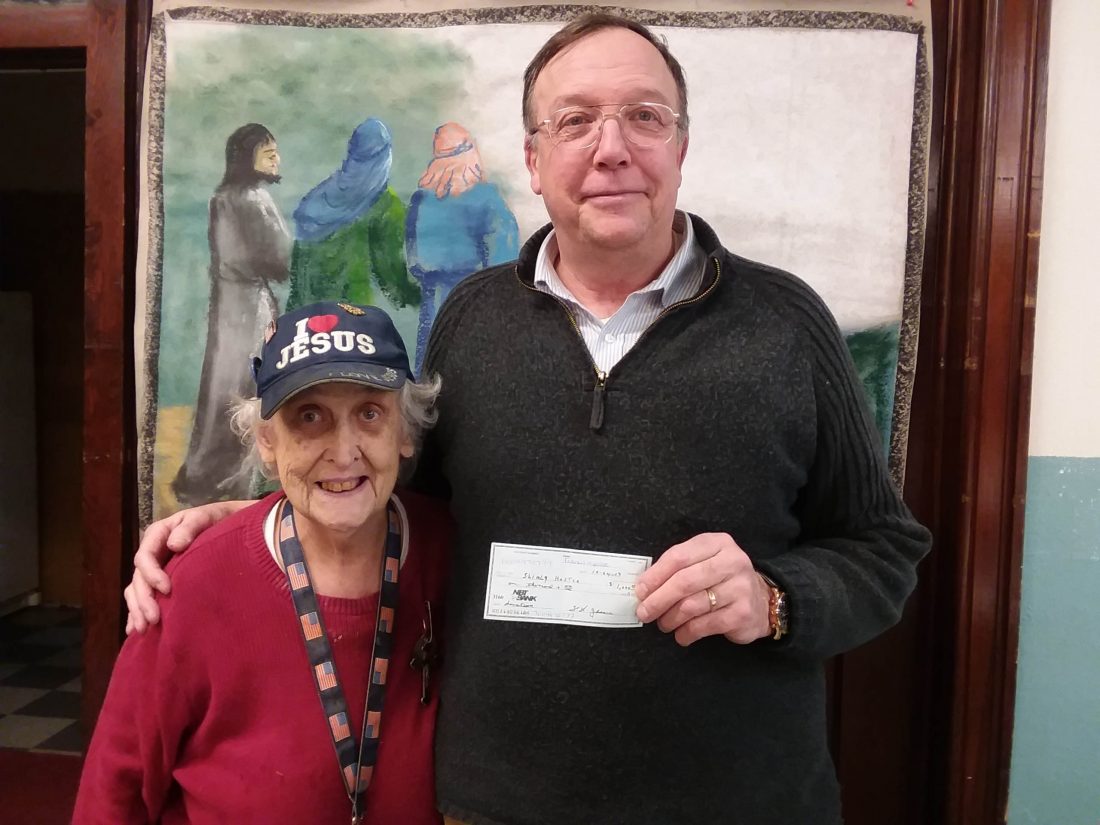 SARANAC LAKE — When Shirley Hosler donated $1,000 to the First United Methodist Church of Saranac Lake on Wednesday, the reverend there was quite surprised.

“They thought I just robbed a bank,” Hosler said.

Hosler is recognizable around these parts. She’s the woman in the red winter coat and the baseball hat that says “I Love Jesus” both on the brim and the panels. She’s often carrying a collection of reusable bags filled with clothes, toys and food that she’ll soon donate to needy people.

Hosler didn’t want to name the person who gave her the money, and she said the donor didn’t tell her how to spend it. She said a person gave it to her on Christmas Eve along with a $100 bill she kept for herself.

Her initial thought was to use the money to fix her bathroom.

“But then I said, ‘Lord, I don’t need it right now,'” Hosler said. “My bathroom isn’t falling down just yet.”

So she gave it to the church.

Olsen said the money will go toward renovating the church’s kitchen.

“It was last remodeled probably in the (19)50s,” he said. “It will need new sewers, electricity and equipment.”

Olsen said the church has already started fundraising efforts, and it will take about $120,000 to renovate the kitchen. He said they hope to start renovations by May 15.

“If it was just the church, we could live with it, but this is a community space,” Olsen said.

Hosler donates indiscriminately. One day she might mail care packages to soldiers overseas, the next she’s sending dresses to little girls in Haiti. Her faith is also rather collective. Because Hosler doesn’t have a car, she does not attend any particular congregation. She says her prayers at home, and helps out at any church she can.

“What’s the difference between Methodist and Presbyterian and everything?” she said. “No religion is better than another.”

Hosler worked in the St. Bernard’s Catholic Church thrift shop for 38 years up until 2010. She said she’d like to someday open a new, similar business called “Mission of Love.”

Olsen said Hosler sees needs in the community and addresses them.

“We need more spirited people like her,” he said.