Bill Branson, board president of the Adirondack Railway Preservation Society, speaks at a public meeting on the rail-trail controversy in October 2011. (Enterprise photo — Jessica Collier) 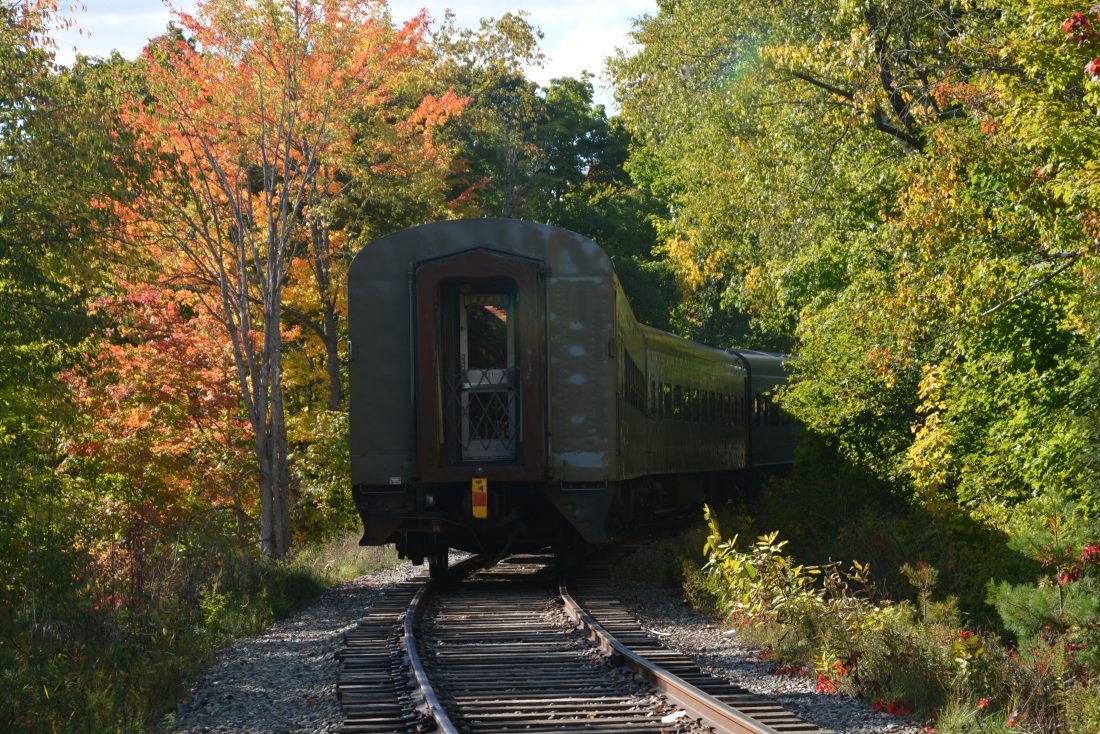 The Adirondack Railway Preservation Society, which operates the Adirondack Scenic Railroad, has clarified that it is not on board with New York state’s plan to replace 34 miles of Adirondack railroad tracks with a trail.

A quote from ARPS board President Bill Branson, praising the state’s plan to renovate tracks between the Old Forge area and Tupper Lake, was included in a joint press release from the state departments of Transportation and Environmental Conservation on Nov. 13. This was surprising because ARPS had fought the other half of the plan for the 119-mile state-owned railroad corridor — to remove the tracks connecting Tupper Lake and Lake Placid and put in their place a trail for biking, snowmobiling, jogging and skiing.

Branson claimed on social media last Friday that state officials took his quote out of context.

“In early November the ASR was informed an announcement by DEC was forthcoming that would support the upgrade and we were asked for a supportive comment to be included in the press release,” he wrote. “The comment provided is about the upgrade, not the rail trail. There has been no settlement. Any such reference is not accurate.”

Branson said the railroad was “seriously misled,” and the ASR “reserves the option to again pursue legal action.” 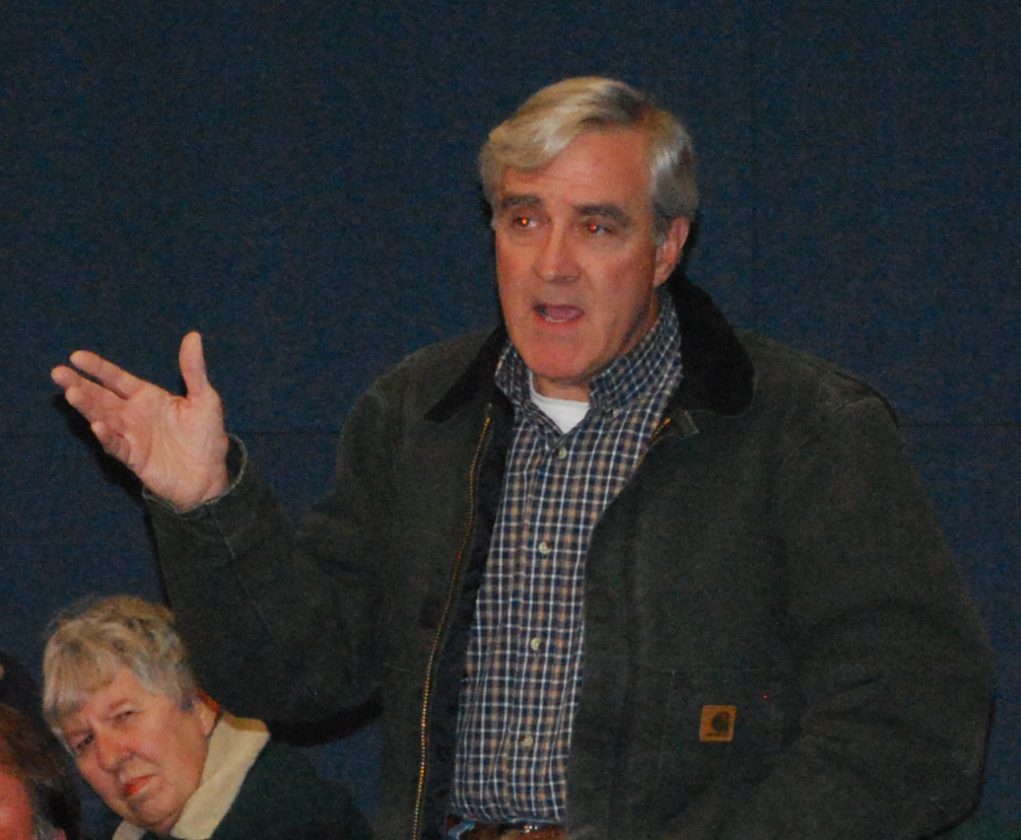 Bill Branson, board president of the Adirondack Railway Preservation Society, speaks at a public meeting on the rail-trail controversy in October 2011. (Enterprise photo — Jessica Collier)

The Enterprise reached out to Branson Nov. 13 to ask about his quote in the state press release, but he did not respond. Reached by phone Wednesday, Branson referred to his post on social media and declined to comment further.

“Media outlets have been provided all the facts of the ASR position during the past five years,” Branson wrote last week.

The state released an updated amendment to the unit management plan for the Remsen-Lake Placid Travel Corridor this month. The proposed amendment largely mirrors a previous iteration that ARPS successfully challenged in court.

The nonprofit group operates tourist trains between Utica and Old Forge under the ASR name, and it also did so between Saranac Lake and Lake Placid between 2000 and 2016. In its lawsuit, ARPS argued that removing the tracks between Tupper Lake and Lake Placid would violate the Adirondack Park State Land Master Plan and historic preservation law. State Supreme Court Judge Robert Main Jr. agreed, shooting down the state’s plan in 2017.

“The ASR won the case at the Supreme Court and it is state agencies that have to comply with their laws,” Branson’s recent social media post stated. “The proposed plan must comply with the September 2017 ruling by Judge Main.”

The state did not appeal the ruling. Instead, the DEC acquired three parcels of land in the corridor in Saranac Lake that it had not owned — part of the North Country Community College property — and the state Adirondack Park Agency changed the State Land Master Plan’s definition of a “travel corridor” to more clearly allow for the removal of tracks on all or part of the corridor. The APA finalized that definition change last December.

There are three upcoming public hearings on the state’s proposed UMP amendment, including:

The DEC will accept written public comments until Dec. 20. Written comments can be emailed to adirondackpark@dec.ny.gov or mailed to John Schmid, NYSDEC, 625 Broadway, Albany, NY 12233. After the public comment period and a letter of resolution from DEC, DOT, APA and the state Office of Parks, Recreation and Historic Preservation, the APA will conduct a conformance review and comment period before releasing a final UMP amendment.