Tupper Lake town board candidates face off in forum 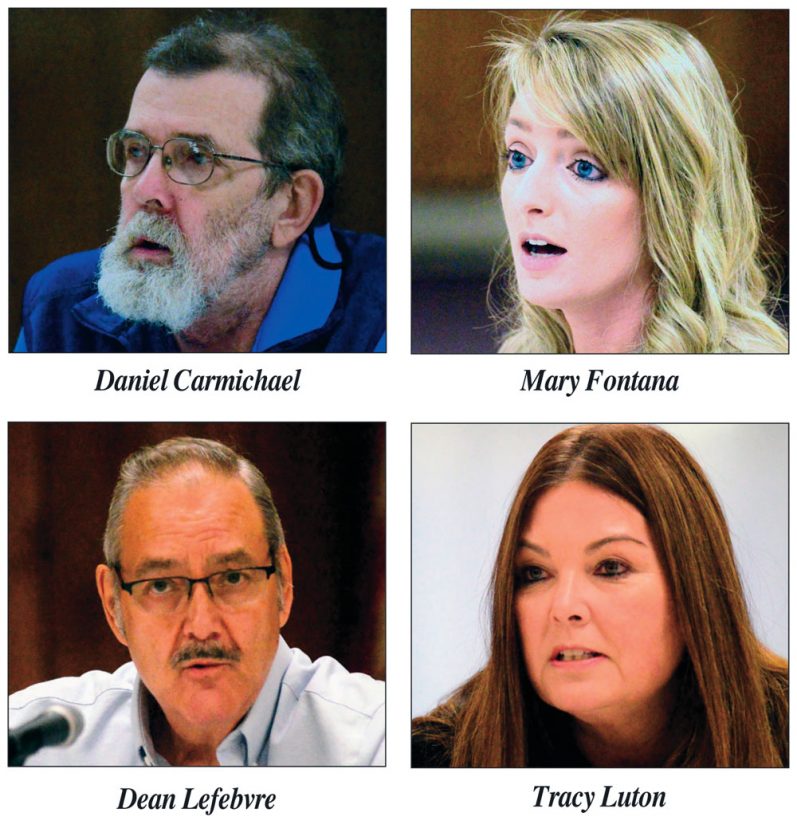 TUPPER LAKE — The four candidates running for two town council seats in the Nov. 5 election participated in a “meet the candidates” forum Tuesday, pitching themselves to voters and highlighting their differences, and similarities, on town issues.

In the middle sat the forum host, Tupper Lake Free Press Publisher Dan McClelland and organizer Stewart Amell. The event was organized through his “Protecting Your Property Rights in Tupper Lake” Facebook group.

The candidates had seen the five questions in advance. 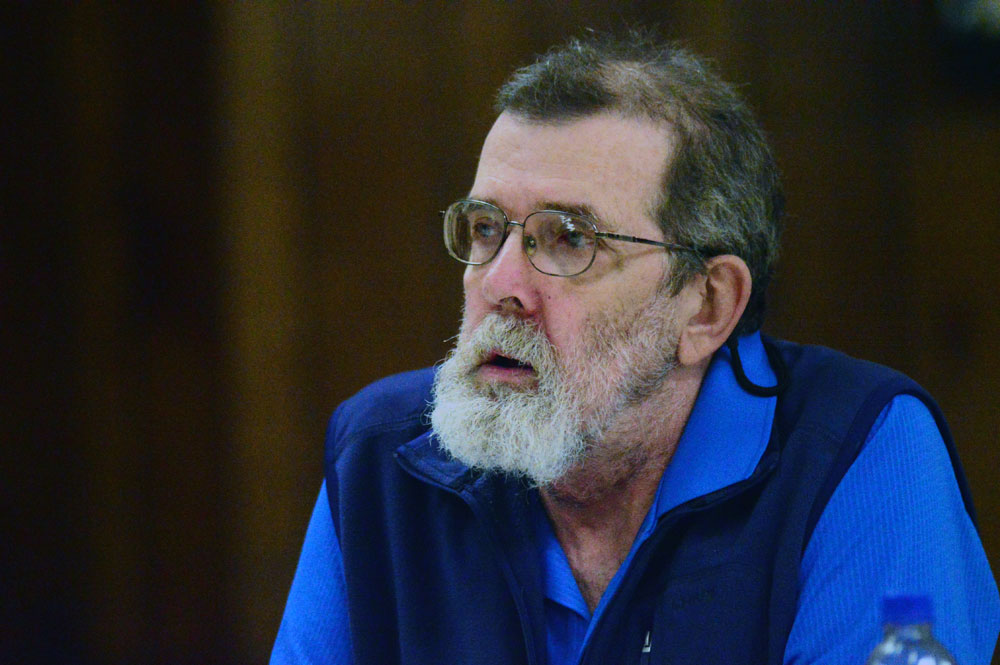 In the first segment Lefebvre spoke first, listing his affiliations and accomplishments, including 24 years with the village government, almost 18 years as town supervisor, co-founding the Adirondack Association of Towns and Villages and being involved with the creation of the Wild Center.

He focused on his involvement in many parts of Tupper Lake’s recent history.

Luton and Fontana, on the other hand, focused on how they are transplants to Tupper Lake — Luton from Central Square and Fontana from Saranac Lake — but that they have quickly made the town their home. 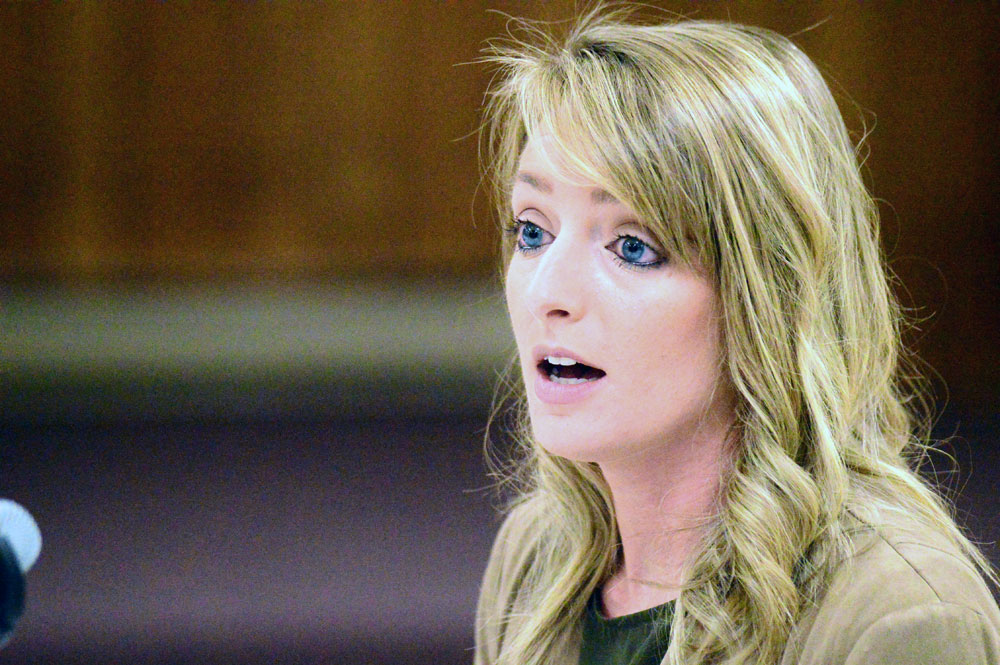 “I started my career. I started a family here and I realized this is the place I want to live,” Fontana said. “I’m now a stakeholder in Tupper Lake. I want to make this community great.”

They referred to themselves as the “next generation” of people moving in, getting involved and making Tupper Lake their home.

“I believe I know most everybody here,” Carmichael said. “Most of you know me.”

He has run for mayor and town council in the past, and said he was hesitant to run this year, but that “somebody has to do it.” He does not believe people should run unopposed and said “I think that boards can get stale and I think that change is good.”

Fontana said she agreed that people should not run unopposed and that she “welcomes the challenge,” but that she believes the current board has done “phenomenal” things. 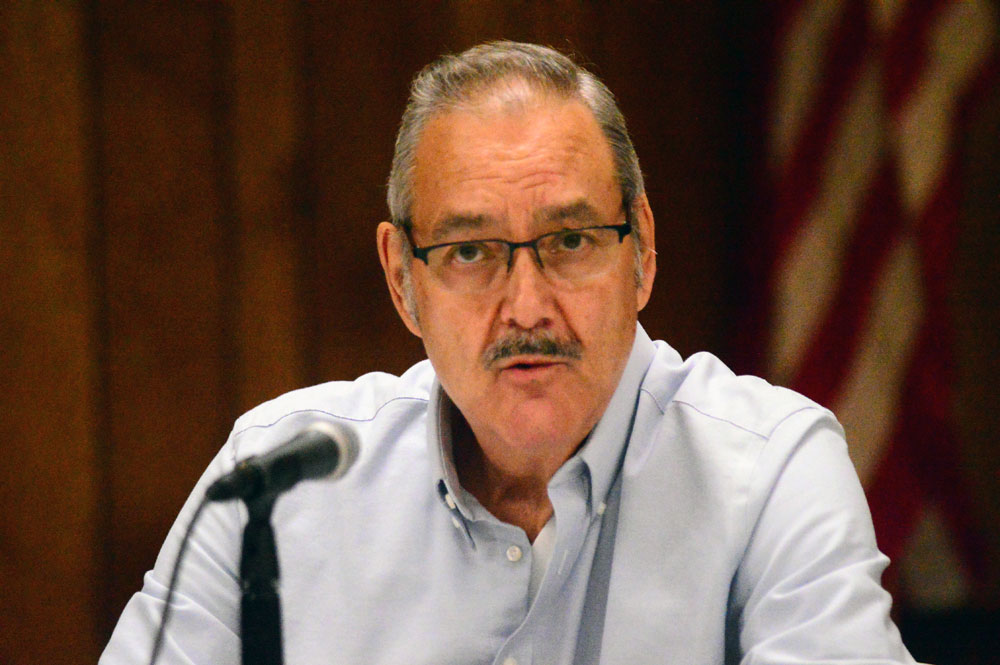 Luton also said she was indecisive if she’d run for town council again this year. She was hesitant when she was first asked four years ago, but said she now feels she has learned a lot and wants to continue the town’s growth.

McClelland described tourism as the part of the Tupper Lake economy over which the town has the most control. 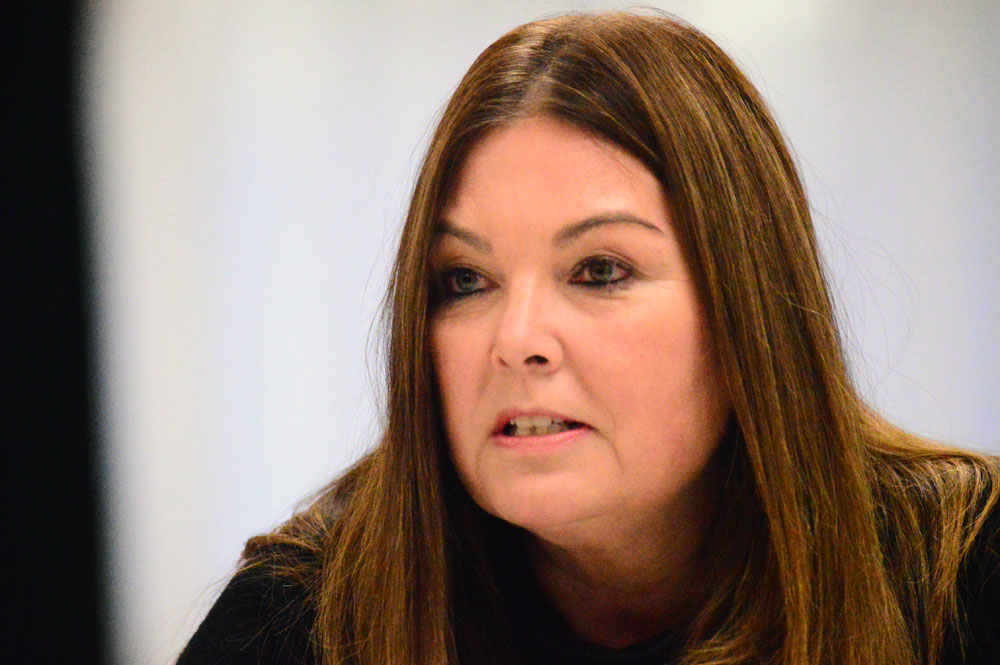 Luton and Fontana both said they support Tupper Lake’s many projects, upcoming and ongoing. They mentioned the the state’s plan for a rail-trail along the Remsen-Lake Placid Travel Corridor, the James C. Frenette Sr. cross-country trails, Little Wolf Beach and golf course.

Both said tourism in Tupper Lake is improving — signified by full campsites at the beach and at Blue Jay Campground — which they attributed in part to the Regional Office of Sustainable Tourism’s work with the town.

Luton spoke in support of getting grants, despite some people’s objections to them being taxpayer funded.

“Everybody says ‘grants are taxpayer’s money,'” Luton said. “Well, we’re taxpayers, so I’d rather have grant money come to Tupper Lake than go downstate. … If the (state) has $50,000 to give away, give it to us. We’ll spend that money wisely and we’ll get something into Tupper Lake.”

Luton said the Tupper Lake Golf Club’s finances are finally back in the black after years of being in the red.

Carmichael said he does not have the same positive view of the golf course, as membership is still low.

“Right now, golf worldwide is in a deep depression,” Carmichael.

He said last year the club had fewer than 100 full members, down from the 300 plus he saw when he worked for the pro shop years ago.

“Something’s got to give,” Carmichael said.

“Let’s make it perfectly clear. I’m not running to try to sell the golf course,” Lefebvre said. “I’ve been down that road … and I can promise every golfer I’ll never touch that with a 10-foot pole.”

Carmichael said he was more interested in developing the cross-country trails that crisscross the course.

Lefebvre and Carmichael both posited the idea of more trails. For Carmichael, that means cross-country trails, and for Lefebvre, snowmobile trails.

“Shortly, my running mate (Carmichael) and I will be putting forth a map showing where additional trails can be built off of the main trail,” Lefebvre said.

McClelland referenced a recent town board meeting where Carmichael aired out a long list of his questions, complaints and grievances, centered around the “lack of transparency” he said he saw on the board.

“My biggest complaint about the current board I believe is that they make every situation into an adversarial relationship,” Carmichael said.

“I didn’t really find some of the board members being too respectful,” he said.

Fontana said she was confused when she saw that transparency was going to be one of the questions.

Both said there are many ways for residents to contact and hear from town board members aside from the meetings: Jim Lanthier’s audio recordings, the record of events in the Free Press or Enterprise, stopping in to the town office to talk, calling their cell phones (which are available on the town website) or filing a Freedom of Information Law request for documents.

Carmichael has FOILed before but was unsatisfied with the responses, when he got them.

“I know it’s hard, and I know you get frustrated over that, Boonie, and I get that,” Luton said. “I know I’ve been there four years and I’m not hiding nothing.”

Lefebvre said he doesn’t think the board holds a lot of discussion. He also said the addition on the front entrance of the town hall was unnecessary.

“There is a lot of angst in this community about the expenditure for the addition,” Lefebvre said.

Fontana defended the town’s handling of the project.

Lefebvre said the building was already handicap accessible via the bottom floor. However, Fontana said when they improved the front steps they wanted everyone to be able to access the upstairs. She said she would vote for the addition again.

Carmichael said he preferred the village idea to move the town hall to the former Rite-Aid building next to the village hall. Later, when he referred to the two-story addition as “Patti’s gun tower for the community garden,” referring to town Supervisor Patti Littlefield, Luton was audibly frustrated by the nickname.

“We weren’t approached about being in the Rite-Aid building until the day of the vote,” Luton said later.

The issue of town and village government consolidation has again been brought into the discourse by village board Trustee Ron LaScala.

“The consolidation of the village and down, as far as I’m concerned, is a dead horse,” Carmichael said. “The first time I remember hearing about it I was a junior in high school.”

However, he said he sees the possibility of a state-mandated consolidation in the next five to 10 years. Lefebvre also said he did not see a future for consolidation.

“I went down that road,” he said, referring the the attempt that was made when he was town supervisor.

He said there had been a plan but the village at that time never acted on it.

“It’s a village issue,” Lefebvre said. “Until the village of Tupper Lake decides that they want to look into this, really look into it, I think the town board should stay hands-off.”

Fontana said she was more interested in consolidating services than moving into a coterminous government (a town-village combination that serves as one government without eliminating either original municipality), as LaScala has suggested. She said there is no tax credit for coterminous as there is for dissolution (dissolving the village into the town), and that only a few municipalities have attempted it.

“It’s a really big venture and I don’t know that it’s for Tupper Lake,” Fontana said.

She said the only way Tupper Lakers can learn if it will be beneficial is to study it. Luton was more open to all the possible solutions, and also said that a study should be conducted.

Carmichael said he just wants the town and village to cooperate more.

“Right now the town and village are going to stay as it is and it’s probably going to be this way long after I’m gone,” Luton said.

In the last section of the forum the candidates spoke about why they should be elected.

“I would ask voters to consider me for re-election because I feel it’s very important to have the younger generation represented on the board,” Fontana said.

She spoke against trend of “campaign via disparagement” and said candidates should not look at past actions and criticize.

Carmichael said he is running on total transparency and fiscal responsibility.

“I feel that this current board is spending money that my grandson is going to have to pay back,” Carmichael said. “He’s five years old.”

Luton said she loves and supports Tupper Lake and doesn’t want to sell its assets that bring in money.

Lefebvre said that he first ran for office for the same reason as Carmichael, because he believed people shouldn’t run unopposed. But over the years he said he found more reason to keep running, and now he wants to have a voice again.

The election is on Nov. 5 but for the first time this year early voting will be available in Malone starting Oct. 26.