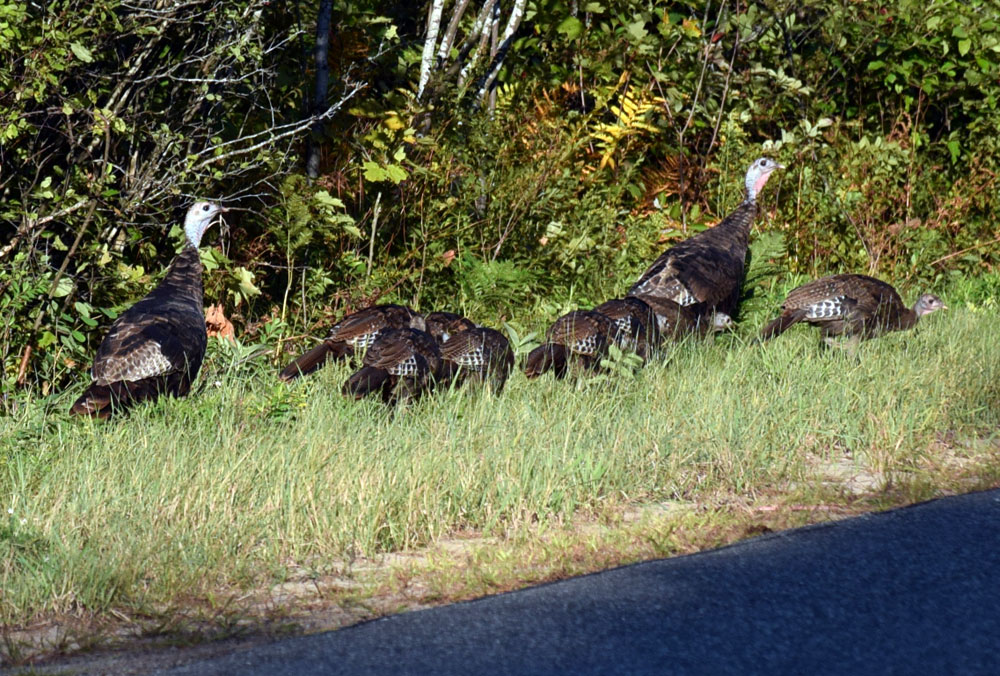 RAY BROOK — The state Department of Environmental Conservation has announced that numerous small game hunting seasons will begin on Oct. 1.

Turkey, rabbit, hare and pheasant hunting all begin in the Northern Zone, which includes the North Country, on Tuesday, Oct. 1. Squirrel season opened on Sept. 1, and there will be waterfowl hunting allowed for youth on two weekends later this month.

Ruffed grouse hunting will open in the North Country on Sept. 20 and run through the last day of February next year. Hunters are reminded that in the Adirondacks — particularly in wildlife management units 5C, 5F, 6F and 6J — some areas are also home to spruce grouse, which are endangered and illegal to hunt.

Although the two species typically occupy different habitats, they may be on the move during the fall. Successful hunters are also encouraged to submit feathers to the DEC for a study on recruitment, or to submit blood samples to test for West Nile Virus. For more information, go to www.dec.ny.gov/outdoor/8360.html.

While pheasant season opens Oct. 1, there will be a youth hunt in northern and eastern New York the last weekend of this month.

The fall turkey season will also start on Oct. 1, but bag limits were lowered after DEC determined there were declines in the turkey population several years ago. The daily bag limit is now one bird of either sex, statewide. Hunting hours for turkeys run from sunrise to sunset.

In addition to the ruffed grouse feather and blood collection, the DEC has numerous citizen science projects that hunters can take part in. The DEC asks bow hunters to keep a sighting log. All hunters can report sightings of fur-bearing animals (fisher, otter, bobcat, hare, weasel and marten), and people can submit the results of a ruffed grouse drumming survey as well.

For more on DEC’s citizen science efforts, go to www.dec.ny.gov/animals/30770.html.