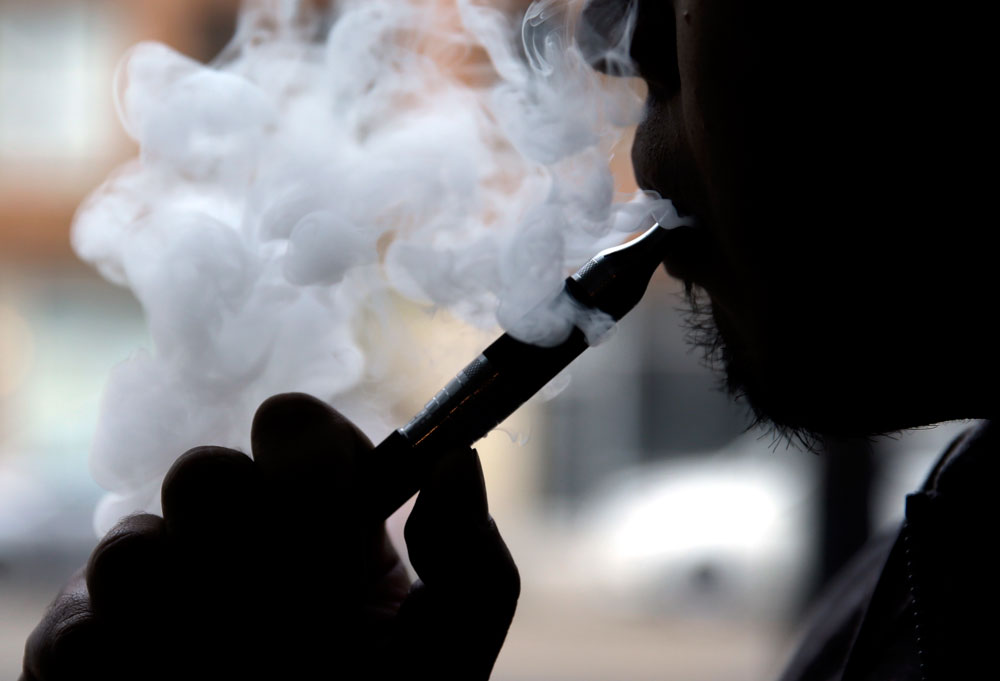 The Democrat announced Sunday that the state health commissioner would be making a recommendation this week to the state Public Health and Health Planning Council. The council can issue emergency regulations that would go into effect as soon as they are voted on and start being enforced in as soon as two weeks, following a short grace period for retailers, officials said.

In announcing the action, Cuomo sharply criticized the flavors that are for sale, like bubble gum and cotton candy.

“These are obviously targeted to young people and highly effective at targeting young people,” he said.

The biggest player in the industry, Juul Labs Inc., said it was reviewing the announcement, but agreed with the need for action.

The ban would not impact tobacco- and menthol-flavored e-cigarettes, but Cuomo said the Department of Health would continue evaluating and that could change.

Cuomo signed legislation earlier this year raising the statewide smoking age to 21, and earlier this month signed a mandate that requires state anti-tobacco campaigns to also include vaping.

Vaping is also under a federal spotlight as health authorities look into hundreds of breathing illnesses reported in people who have used e-cigarettes and other vaping devices.

The FDA has been able to ban vaping flavors since 2016, but hasn’t taken the step, with officials looking into whether flavors could help cigarette smokers to quit.

The global market is estimated to have a value of as much as $11 billion. The industry has spent a lot of money in states around the country — including Hawaii, California, Maine and Connecticut — to lobby against state-level flavored e-cigarette bans.

In an emailed statement, spokesman Austin Finan said, “We strongly agree with the need for aggressive category-wide action on flavored products,” and “will fully comply with local laws and the final FDA policy when effective.”