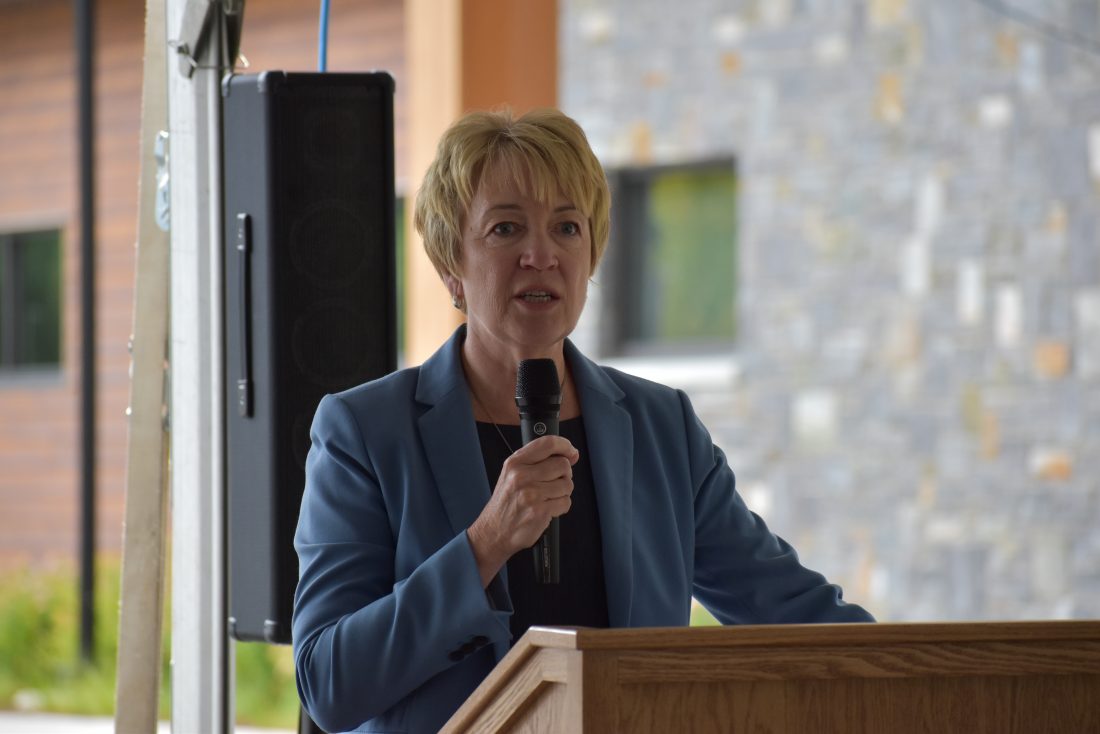 A grand opening ceremony celebrating the news was held outside the health center Wednesday. For locals, the event offered a first look at the second floor of the building, which has been closed off for more than six months as a third stairway was constructed to meet state Department of Health regulations. The first floor — including the Emergency Department, laboratory, offices for the Lake Placid Sports Medicine private practice, a medical fitness center and pool — opened in January.

“I think I can really stand before you all today and confidently say, ‘Guess what? We did it,'” Adirondack Health President and CEO Sylvia Getman said Wednesday. “In order to do it, it really takes a team and a community to do something this spectacular.”

The second floor was sparsely decorated, with only a few pieces of furniture scattered throughout. That’s because the primary care, behavioral health and cardiology services are set to move in there this weekend, according to Adirondack Health spokesman Matthew Scollin.

All of those services will open in the new location on Monday, he said. 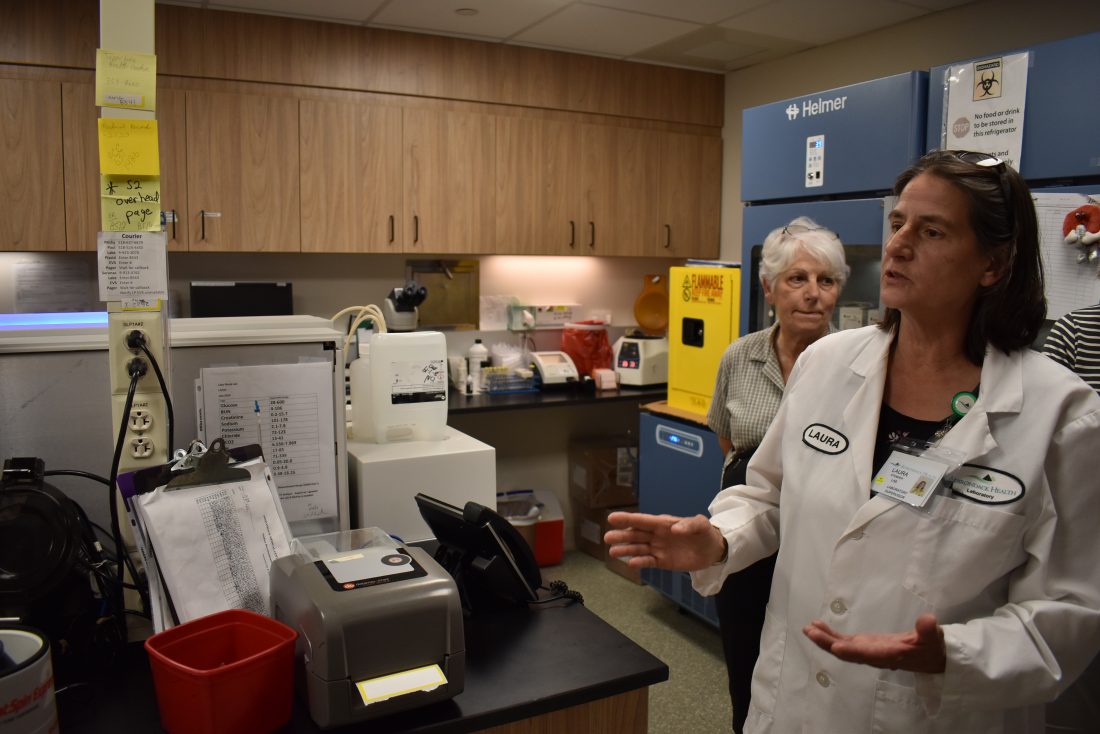 The dental and sleep lab facilities at the old Adirondack Medical Center-Lake Placid on Church Street — once known as Placid Memorial Hospital — will be opening at the former High Peaks Dental office in the Outpost Plaza above Caffe Rustica.

Altogether, the Old Military Road facility cost more than $22 million to build. The hospital raised about $16 million of that through its Future of Care campaign, which also helped fund the Surgical Services Department for AMC in Saranac Lake, and another $2 million grant was received through the North Country Regional Economic Development Council.

The 65 jobs at AMC-Lake Placid will be retained, according to a news release from Empire State Development. Two new positions will be added.

Local and state officials hailed the project as a natural fit for the area, and a prime example of private-public partnerships working in tandem to better the quality of life within, and economy of, the surrounding community.

“Healthcare and medical services are important on many levels for not only our economy, but our quality of life,” said Assemblyman Dan Stec, R-Queensbury. “In the Lake Placid area in particular, there are a lot of world-class athletes training here year-round. They bring their own challenges and their own special circumstances that require specialized care.

“This is a really integral part of the small community here in Lake Placid; it’s been a long time coming. It’s a nice addition to the community.”

The new center is at 203 Old Military Rd., in the same lot as the Elderwood of Uihlein nursing home, leased by Adirondack Health. It’s across the street from the U.S. Olympic Training Center.

The former Church Street location is now the property of the town of North Elba.

“We’re working on plans with (the state Olympic Regional Development Authority) and the (United States Olympic Committee) for alternative uses for the facility,” said North Elba town Supervisor Roby Politi. “Temporarily, it will be used for office space. In the long run, we’re considering the possibility of a housing development on that site.”