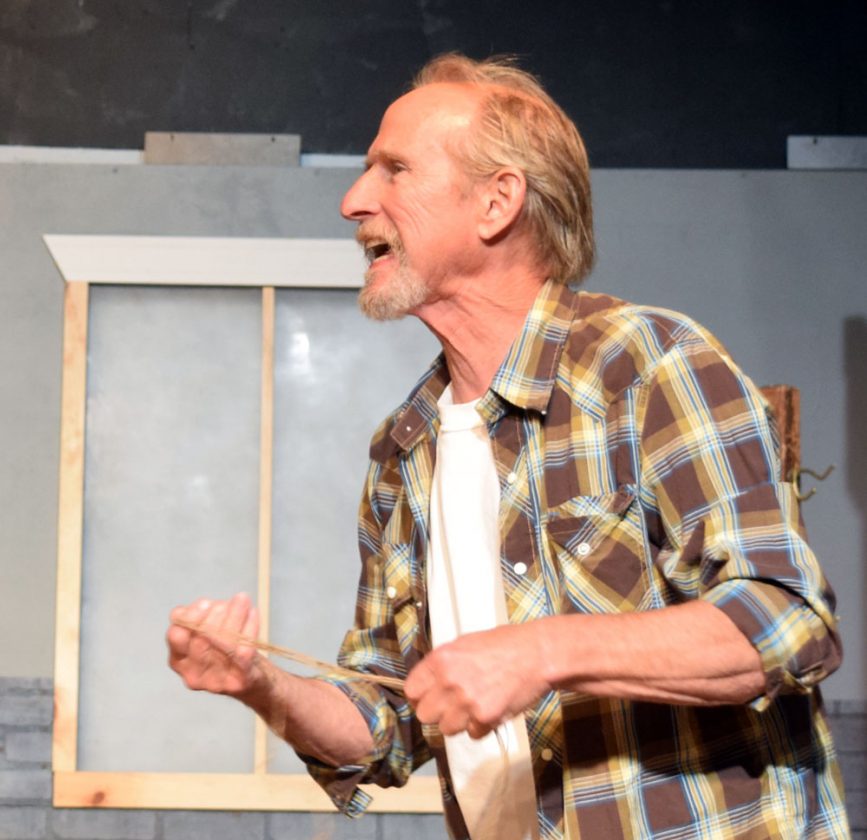 SARANAC LAKE — For its final piece of the summer, Pendragon Theatre is putting on “The Foreigner,” a play about people’s reactions to a stranger.

Written in 1983 by Larry Shue, the play takes place in rural Georgia in the 1980s and revolves around a British man named Charlie Baker. Baker is invited on vacation with his friend Sgt. “Froggy” LeSueur to an aging fishing lodge owned by Betty Meeks, an old friend of LeSueur. The trip is meant to be a change of pace for Baker, whose wife is ill, but he quickly finds himself immersed in the lives of those in the lodge.

Through lies and deception, the perception of Baker is different to each person he meets. He works to change his surroundings and become an interesting person by supporting and encouraging his new friends.

But everyone misunderstands him — sometimes for the better, but not always, according to director Allison Studdiford, who is now directing her fourth play for Pendragon.

As a foreigner, Baker at times faces unwanted attention.

The plot takes twists and turns, bringing in relevant historic details that eventually lead to the understanding of who people are and what their real intentions are, although not everyone comes clean.

This is the third time the Pendragon is putting on “The Foreigner,” in part as a celebration of the theater’s 40th year.

“‘The Foreigner’ has been one of the most popular plays the Pendragon has ever done,” said Pendragon Artistic Director Kimberley Bouchard.

The play will likely surprise the audience with several twists and turns, according to Studdiford.

Studdiford said many of those who will see the play have likely seen it before, and some might even have seen it at Pendragon.

“I was delighted to be asked to direct this timely show. In times such as these, comedy and entertainment have their place of importance,” Studdiford wrote in a director’s note. “They serve to bring people together to share an evening, some laughter and the opportunity to be moved by someone else’s story.”

Betty Meeks owned the old fishing lodge, which is the setting of the play, with her husband until he died. The audience learns that the lodge was not a hunting cabin because her husband had seen enough guns during his time at war, according to Studdiford.

The play is meant to be a social commentary. “How do we treat the other?” is the question being asked of viewers. Some treat Baker with malice while others simply don’t understand him.

Shue, the playwright, is best known for writing “The Foreigner” and “The Nerd.” He served in the U.S. Army at Fort Lee, Virginia, from 1968 to 1972. After he jumped into theater, Shue died at age 39 in a commuter plane crash.

What: “The Foreigner” play