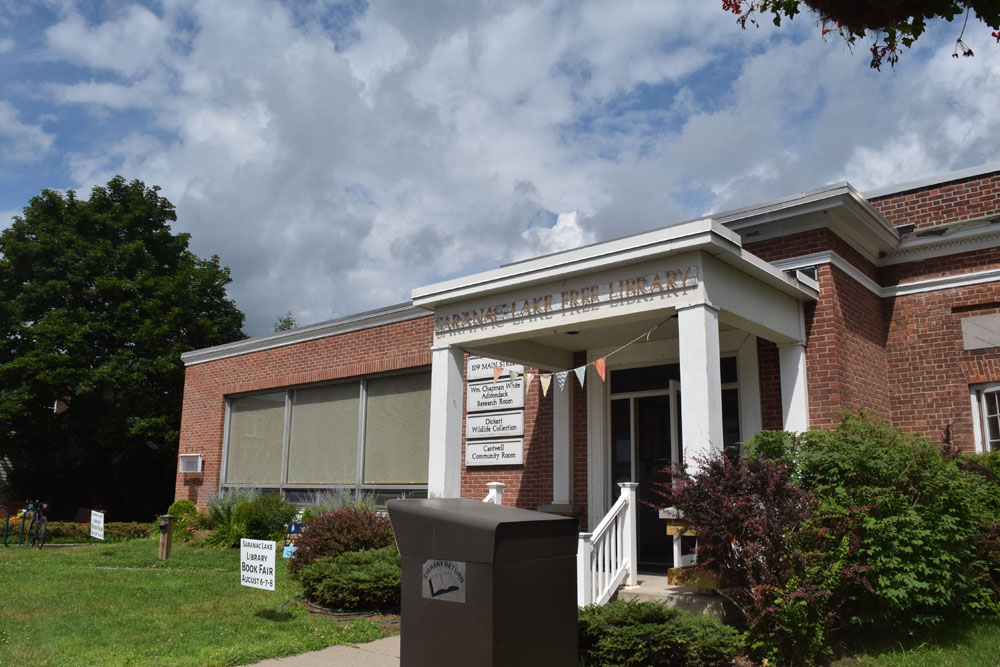 The Saranac Lake Free Library has seen its circulation numbers rise and fall opposite of how well the economy is doing. (Enterprise photo — Kevin Shea)

SARANAC LAKE — The Saranac Lake Free Library has seen a rise and fall in circulation the past 12 years, and this year might be the lowest in that time frame.

Since 2007, the yearly circulation has fluctuated by a few thousand around 63,000, up until 2016 when it broke below 60,000 to around 59,000. This number represents anything taken out of the library or online: physical books, audiobooks, electronic books, DVDs and more.

Library Director Peter Benson said the decrease is likely because of the economy.

“There is an interesting phenomenon: When the economy does poorly, the circulation in libraries goes up,” Benson said.

The recent drop could also be caused by people’s lack of interest in taking out DVDs. Because of the accessibility of shows and movies through online streaming services, there is less of a need for people to take DVDs out of the library.

Benson said the numbers aren’t bad, though. The drop, unless it plummets to dangerously low numbers like less than half of what they’ve seen in recent years, is indicative of what’s driving people to the libraries and what isn’t. He said you can break the numbers down further and look at it monthly.

In the warmer months, you’ll see numbers DROP by one or two thousand.

In months when colleges are out, Benson said you can also see a monthly rise. In January, you can sometimes see a rise in circulation and then a drop the following month; usually this drop is no more than 1,000.

Weather also has an impact. On sunny days, the number of people coming through the doors, checking out books and other items tends to be less. On cold days with snow or rain, the circulation tends to rise.

“We get our most traffic after two or three days of rain,” Benson said.

Electronic books, however, have seen a rise in use in the past few years. Benson said the number of electronic books taken out each year has doubled, but it still makes up only 6% of the library’s total circulation. He said when he joined the library in 2012, people were worried electronic books would take over physical copies, but that has yet to be seen.

Benson believes libraries will be around for a long time and that physical books will, if ever, be wiped out only after a few generations, when people use only phones and tablets and other electronic media to read. The medium of how people read may change, but Benson said that there will likely always be a need for a free place to read and access free information.