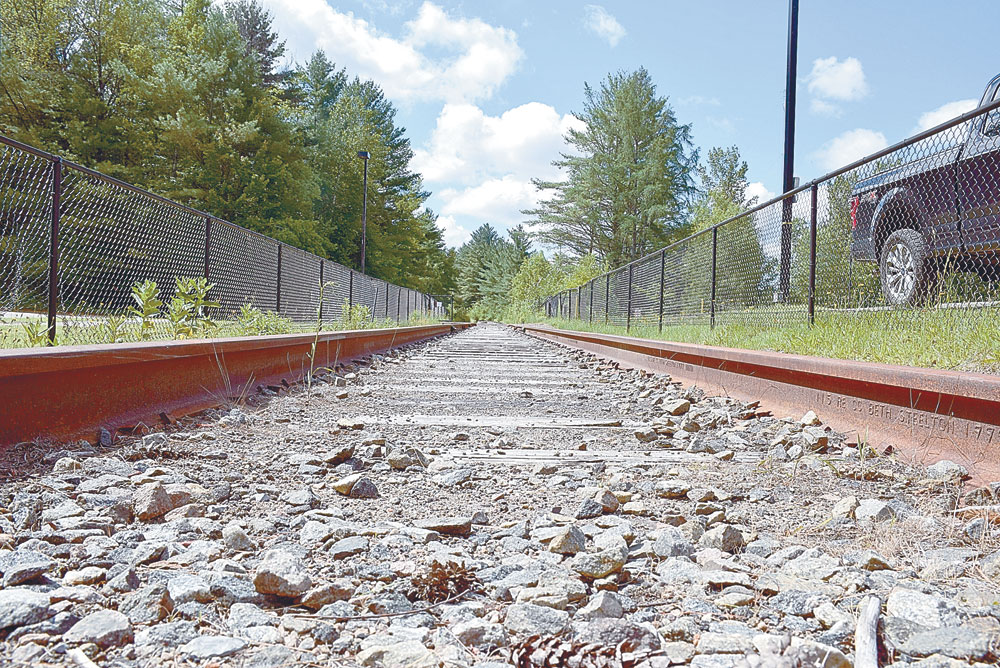 SARANAC LAKE — As the state departments of Transportation and Environmental Conservation get ready to release a plan for the Remsen-Lake Placid Travel Corridor, the DEC has purchased several parcels of land in Saranac Lake.

The DEC and DOT are expected to release a unit management plan for the corridor, which runs from Remsen to Lake Placid, this summer. A previous iteration of the UMP called for the tracks to be upgraded south of Tupper Lake and for a multi-use trail to be constructed between Lake Placid and Tupper Lake.

That plan was shot down in court in 2017 as a judge agreed with a lawsuit by the Adirondack Railway Preservation Society, which runs the Adirondack Scenic Railroad. But the state has since taken several steps to address issues cited in that decision, namely to change the definition of “travel corridor” in the Adirondack Park State Land Master Plan and to acquire three parcels of land in the corridor in Saranac Lake.

The three parcels run through the campus of North Country Community College. Deed records filed in Essex County show the DEC bought the parcels from the college for a total price of $13,400, with the sale closing this May.

According to the state, these were the only parcels it did not entirely own, and its own deed for the railroad corridor says that its purchase of the corridor in 1974 trumped all others’ claims. Some railroad supporters have suggested there may be ownership questions with other lands in the parcel, but no evidence of that has been presented publicly.

The DEC has posted on its website an 11-page “draft scope” document announcing the parameters of an upcoming draft amendment to the corridor’s unit management plan, as well as a draft supplemental environmental impact statement (DSEIS). According to the draft scope, the new plan will be largely the same as the one proposed in 2016.

DOT technically oversees the corridor but will transfer management of the trail portion to DEC if the plan goes forward.

“Upon final approval, the Draft Scoping Document, DSEIS, and Draft UMP Amendment will allow the state to transfer jurisdiction of the segment of the travel corridor between Tupper Lake and Lake Placid from DOT to DEC, and develop a multi-use recreational trail in the segment managed by DEC,” a press release said.

Public comments will be taken until Aug. 12 this year on the draft scope any impacts the proposed actions may have. Written comments may be mailed to John Schmid, NYSDEC, 625 Broadway, Albany, NY, 12233, or emailed to adirondackpark@dec.ny.gov.