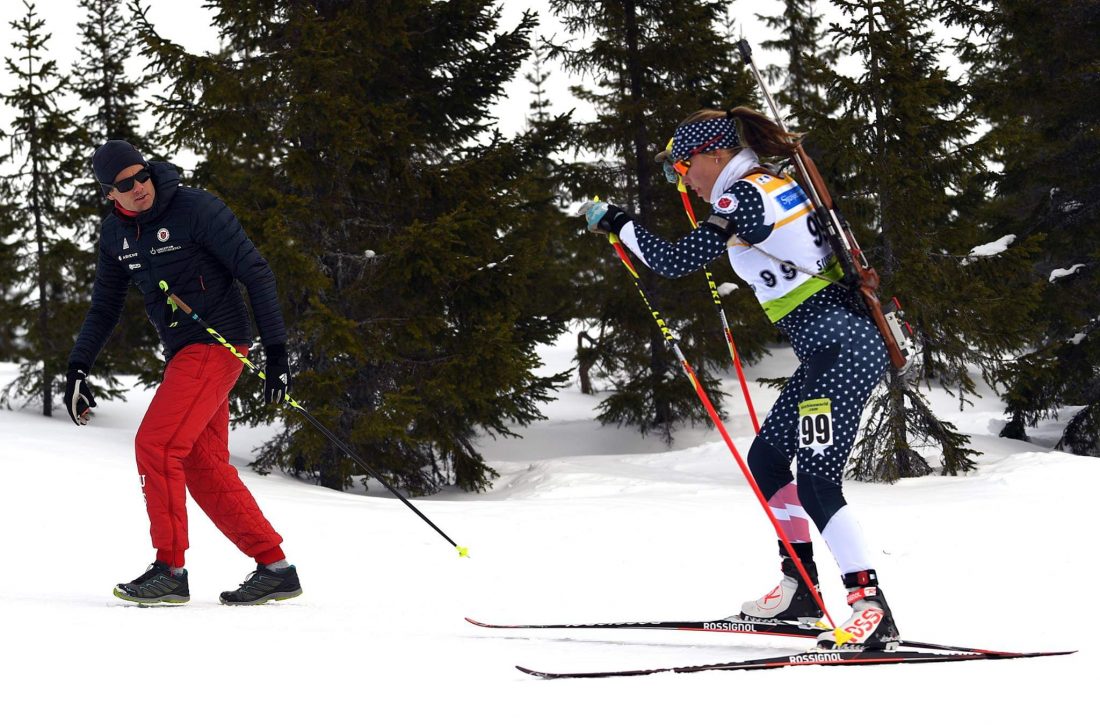 LAKE PLACID — Four-time Olympians Lowell Bailey and Tim Burke will soon be teammates again, but they are not the only things coming together for biathlon in the United States — and specifically for the sport in this village.

New York state is sinking tens of millions of dollars in the Nordic skiing and biathlon facility at Mount Van Hoevenberg, turning it into a premier training venue and making World Cup biathlon events possible for the future.

“It is one of, if not the, biggest changes in the sport in the U.S. that I can remember,” Bailey said. “If that venue is built as proposed, it really changes what U.S. Biathlon can do.”

There are other reasons for this skiing-shooting sport’s governing body to be optimistic. Soldier Hollow, Utah, was a stop on the World Cup tour this winter, its first international biathlon competition since the 2002 Olympics. NBC’s channels aired more than 85 hours of biathlon this winter. And an American woman, Clare Egan of Maine, just took third place in the final World Cup race of the season Sunday, March 24.

Bailey, who once served on the International Biathlon Union’s Athletes Committee, said the sport’s global leaders are warming up to the idea of a World Cup mini-tour that might include Lake Placid, Utah and Canmore, Alberta. 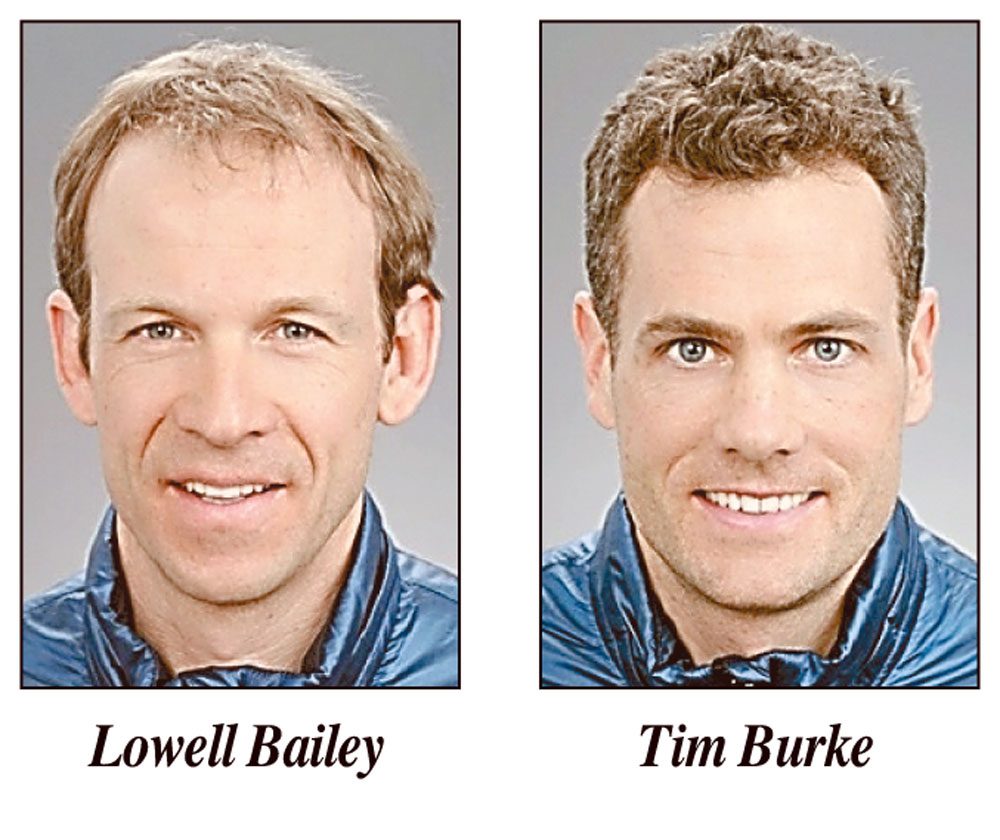 “The political climate has never been better for North American venues hosting World Cup events,” he said. “I really feel like it’s an ‘if you build it, they will come’ moment, and it hasn’t always been that way.”

He spoke by phone from Montana, where since last fall he has been running a new skiing and biathlon venue. In April, however, he and his family are moving back to Lake Placid, where he and his wife grew up. He officially starts May 1 as U.S. Biathlon’s high performance director, a senior leadership position right below the CEO.

Burke, who grew up in Paul Smiths and lives in Lake Placid, is becoming the governing body’s first development director, a promotion from the role of development manager that he held for the past year. He works with younger athletes, whereas Bailey will focus more on the national team.

“I just can’t get rid of Lowell,” Burke joked. In fact, the two are still close friends and said they’re excited to work together again.

They are not the only homegrown Olympians to lead their sport. Burke’s former Saranac Lake High School ski teammate Billy Demong — an Olympic gold and silver medalist in Nordic combined — is executive director of USA Nordic, which oversees ski jumping and Nordic combined programs. 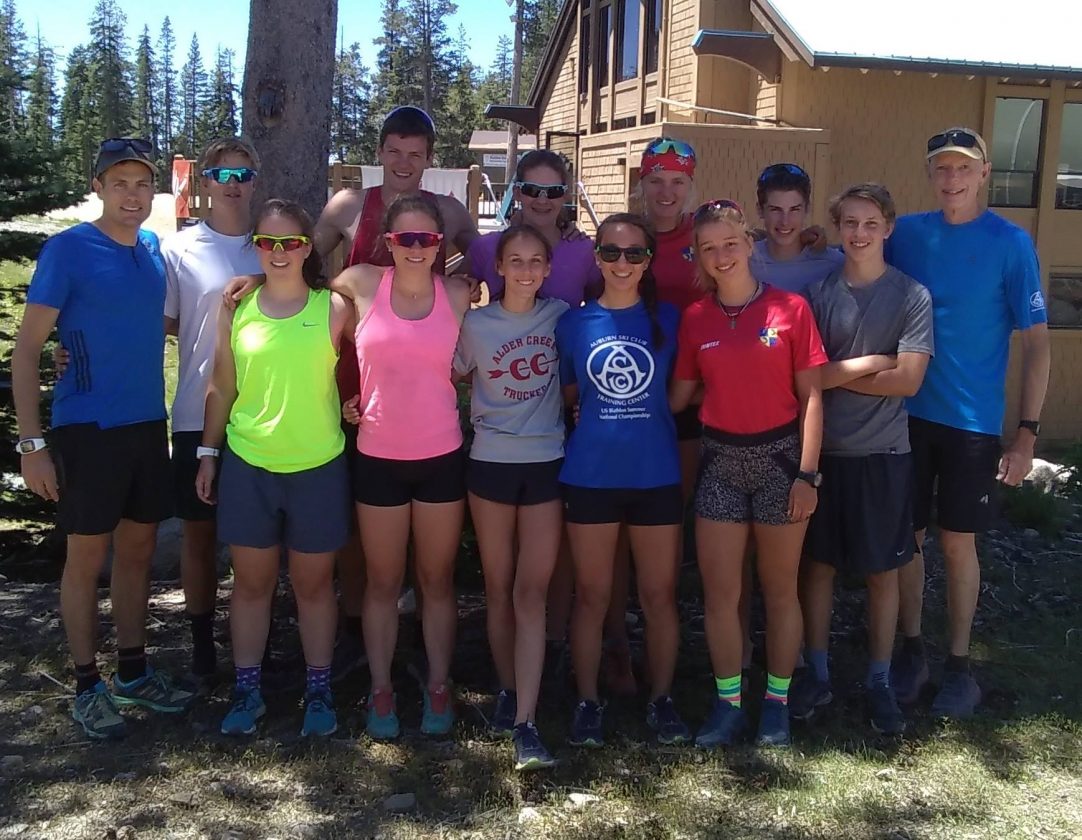 What it means for Lake Placid

U.S. Biathlon’s administrative office is in Maine, but Lake Placid is its athletes’ primary home for training. Now, by elevating Bailey and Burke to top leadership roles a year after they retired from competition, the organization is showing signs that it will keep Lake Placid as a hub for a while to come.

To keep biathletes here in the early 2010s, New York’s Olympic Regional Development Authority built a rollerski loop and modern four-target shooting range at the ski jumping complex. Nevertheless, Bailey said U.S. Biathlon started to lean away from Lake Placid a year ago after the Olympics. Now with the Van Hoevenberg investment, Bailey said the organization is leaning back.

The U.S. Olympic Training Center, where athletes live and train, is a huge asset. Plus, Burke added, over the summer in Lake Placid they can cross-train while biking on scenic roads and hiking on Adirondack Mountain trails.

“Those opportunities here are tough for other areas to match, and I’m not just saying that because I’m from here,” Burke said.

Growing up here, Burke and Bailey ski-raced together starting in elementary school. Later, as teammates and as roommates on the road, they say they often discussed the state of their sport, one in which no American has ever won an Olympic medal. Both are passionate about biathlon and used to talk about what they would do if they were in charge.

“Now we get to put those ideas we talked about in place moving forward,” Burke said, “but we also have a great blueprint to follow.”

A priority for them is to better support young recruits through the lean years after high school. They know how hard it was for them.

Bailey graduated from Lake Placid High School in 1999 and Burke from Saranac Lake High School in 2000. While their classmates went to college or work, they committed to biathlon. They came to a crossroads, however, when they didn’t make the 2002 Olympic team, and for a few years they parted ways.

Bailey went to the University of Vermont, where he was Nordic ski racer while majoring in environmental studies and political science. Burke stuck with biathlon full-time in Maine. He said he got no backing during this time from the national team, but the Maine Winter Sports Center (now called the Outdoor Sport Institute) supported him with coaching and gave him competitive experience in exchange for helping with youth programs.

Many young biathletes drop out because they choose to attend college, and that’s one hole Bailey and Burke want to fix in the pipeline from the junior ranks to its national team.

To make this happen, Burke has been reaching out to colleges near biathlon venues, such as Paul Smith’s College just down the road from where he grew up. Bailey says Bozeman, Montana — home of Montana State University and the Crosscut Mountain Sports Center he has been running — would also be a great spot for this.

For the last year, Burke has been traveling all over the U.S., working with kids age 12 and up. He said it’s refreshing to see how much fun they have with the sport.

“It brought me a lot of joy, to be honest with you,” he said. “I think it’s the simplicity. … It’s about being outside. It’s about cross-country skiing and shooting. It’s that simple.”

On his first day on the job he flew to Alaska to do a biathlon camp, and since then he’s traveled around 100 days. In his observation, the hottest pockets of recruiting potential are in Anchorage and Minnesota, due to a strong ski culture and good venues.

Burke said much of it comes down to coaches, like Al Barrett and Kris Cheney-Seymour who mentored him and Bailey growing up.

“I think about that often, actually,” Burke said, “the power of great coaches and what they can do in a small area. And it’s a tough job. I realize that now more than ever.”

Is progress being made toward growing this sport in the U.S.? Somewhat, Burke said; by his last year or so as an athlete, he didn’t have to explain what biathlon is to people quite as often.

“We’ve been able to move the needle a little bit,” he said, “but still a lot of room to go.”