The Rome dam, on the AuSable River, is mostly removed after a joint effort by local, state and federal agencies. (Photo provided — Brendan Wiltse/AuSable River Association)

The Rome dam, on the AuSable River, is pictured before it was removed this summer. (Photo provided — Brendan Wiltse/AuSable River Association) 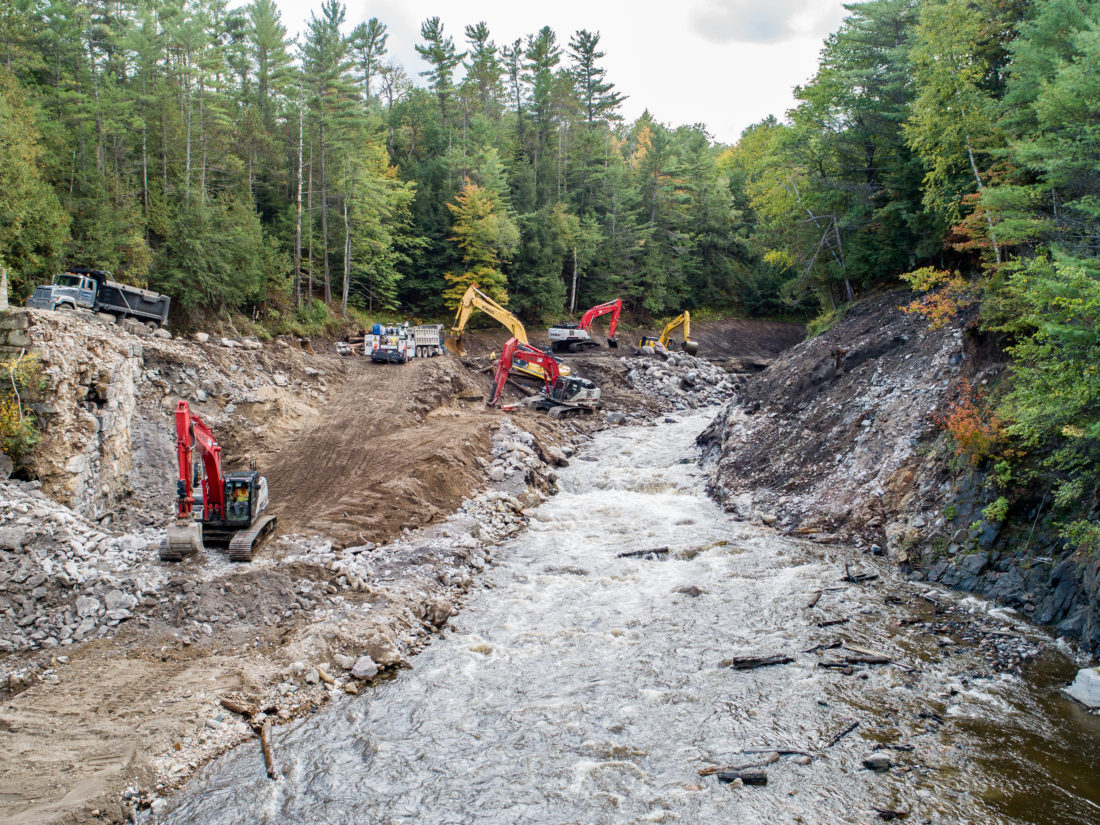 The Rome dam, on the AuSable River, is mostly removed after a joint effort by local, state and federal agencies. (Photo provided — Brendan Wiltse/AuSable River Association)

AUSABLE VALLEY — The removal of a dam on the West Branch of the AuSable River is at, or slightly ahead, of schedule.

The J. and J. Rogers company built the Rome Dam on the AuSable River in the late 1800s, although the dam was rebuilt in 1936. The dam was then abandoned in the early 1970s and after Tropical Storm Irene came through the area in 2011, the dam was determined to be a public safety hazard.

“Concerns about the dam’s safety have been a perennial discussion since probably the late 1990s,” Tucker said. She explained that after Irene, Gov. Andrew Cuomo established the Rising Community Program, and within that framework, the Rome Dam was determined to be removed.

Tucker added that after the committee report came out in 2013, the long process of removal really began. She said engineers were contracted to evaluate the dam, and red flags began popping up. 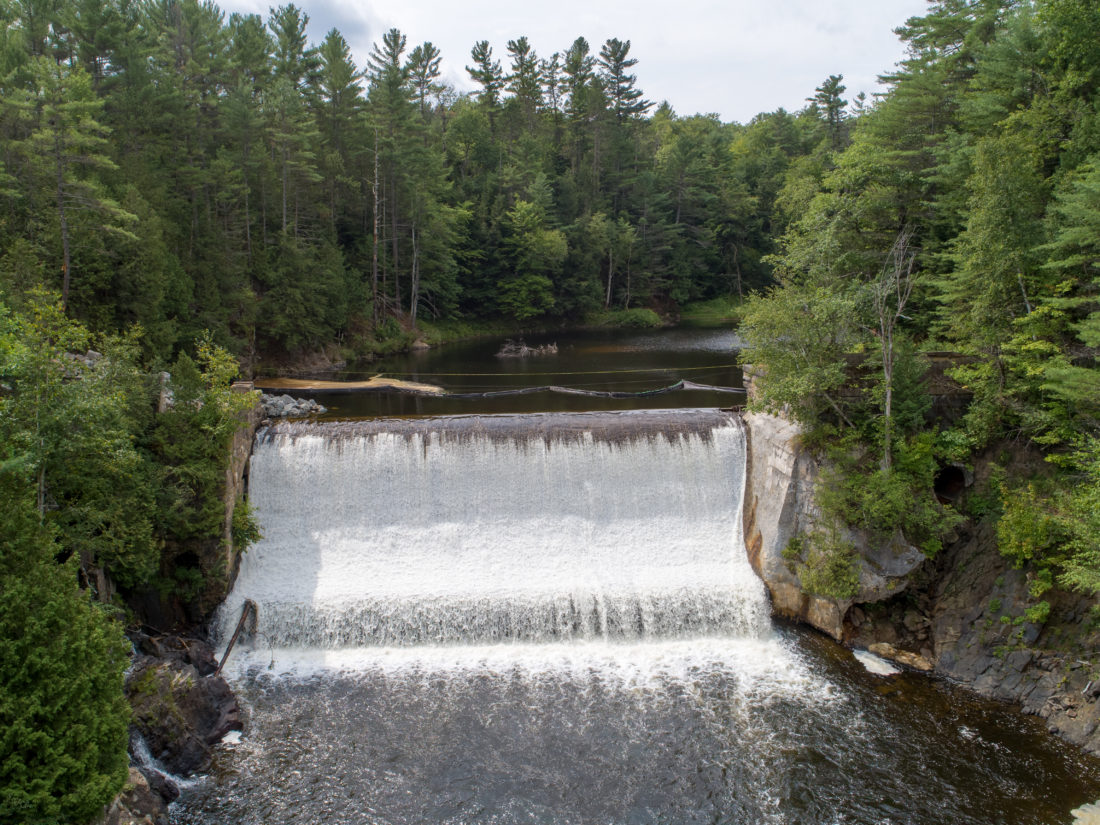 The Rome dam, on the AuSable River, is pictured before it was removed this summer. (Photo provided — Brendan Wiltse/AuSable River Association)

“The Governor’s office funded a study, and the study said ‘Whoa, the dam is not safe,'” Tucker said, adding that all parties agreed public safety was the top concern. One side benefit, she said, is that the river will revert back to a more natural state.

Tucker said the governor’s office, the town of Jay, Essex County, the state Department of Environmental Conservation, the state Adirondack Park Agency, AsRA and several contractors have all been involved in the process. She added that the federal Department of Housing and Urban Development funded the removal.

Tucker said AsRA’s role has largely been to help with permitting and act as a liason for the town. She say, though, that AsRA is also keeping an eye on potential environmental benefits.

“The biggest factor in any river that is dammed, is that you’ve got an impounded body of water,” she said. “There are two big issues at play. One of the biggest challenges we have for wild fisheries is warming temperatures. Impounded water will warm more quickly.

“The (other) big issue is sedimentation behind a blockage, so you’re basically building a big pile of sediment. And even if some of that gets pushed over in a storm, what happens downstream is sediment starvation.”

Tucker explained that rivers without dams have a layer of sediment on the bottom that performs important ecological functions. When that sediment is trapped behind a dam, it can have a ripple effect downstream.

“We’re a little surprised, but I think we’re actually going to get fish passage with this project,” she said. “That has not been a goal, so that exciting if you care about fish.

“I think it’s going to be an incredibly valuable section, ecologically.”

Tucker said the Rome Dam is not the only dam in the AuSable River watershed, but there will only be three left once the current project is done.

While the number of dams is falling, Tucker said all reaches of the AuSable River were at one time heavily dammed, as paper companies and logging operations built dams and mills.

“There are remnants of small wooden dams throughout all branches,” she said. “Marcy Dam was used for logging, so it’s an area that worked.”

Tucker said the work is on schedule to be done by mid-November. She also said some of the infrastructure associated with the dam and former mill will remain in place.

AsRA is posting regular updates and photos of the removal on its Facebook page.