Visitors and soliders assemble in a hangar on the base housing an Apache helicopter and a drone Monday at Fort Drum. (Enterprise photo — Lou Reuter)

FORT DRUM — People in the North Country may have noticed some low-flying helicopters in the skies during the past week. They may have also come across army convoys traveling the area roads.

If that’s the case, it’s all part of the 10th Mountain Division Combat Aviation Brigade’s Falcon’s Peak maneuvers, a training exercise that began on Monday and is scheduled to continue through Wednesday, April 18.

On Monday, journalists, local officials and other guests were invited to Fort Drum to experience first-hand some of the training the 10th’s CAB is involved in during it’s Falcon’s Peak exercises. The training is geared toward readying the army’s ability to face an enemy with similar capabilities, and when it comes to helicopters, that means flying low and fast at times to avoid detection.

Monday’s activities at Fort Drum began with a reception and presentations in a hangar at the Wheeler-Sack Army Air Field. An Apache helicopter and a drone were also on display, and army pilots and soldiers were also on hand to greet visitors.

Following the trip to the hangar, the visitors to the base then boarded four UH-60 Black Hawk helicopters for a taste of the training that pilots and crews are currently involved in. At times, the helicopters were traveling at speeds of more than 100 mph at altitudes of just above tree level or even lower as they followed the lay of the land. 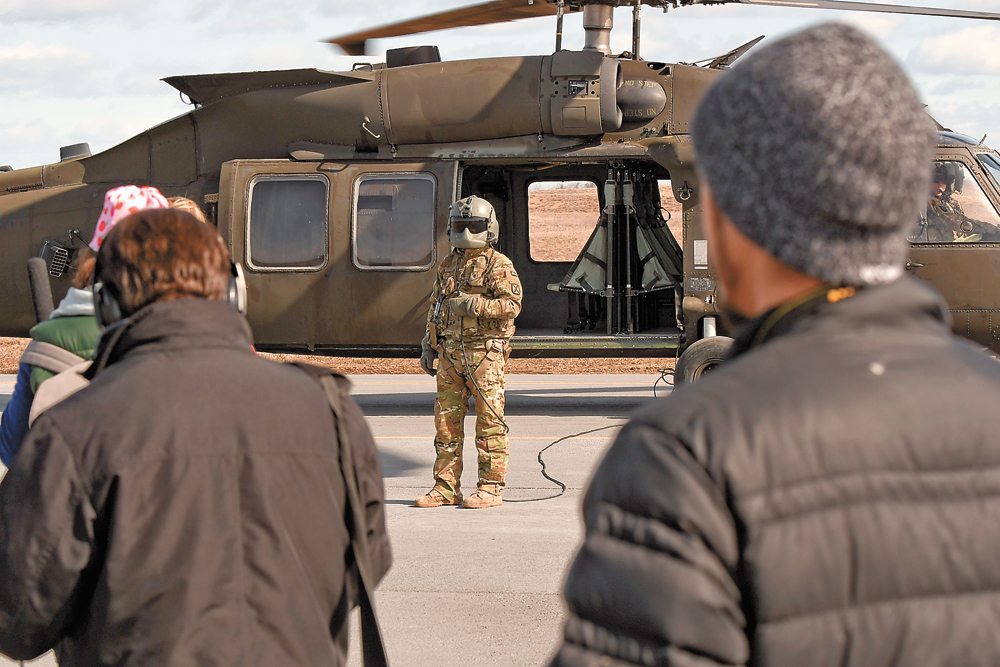 In addition to utilizing Black Hawks, Falcon’s Peak also included hundreds of soldiers who spread out in convoys to various locations across Northern New York and Vermont.

The following photos are from Monday’s activities. 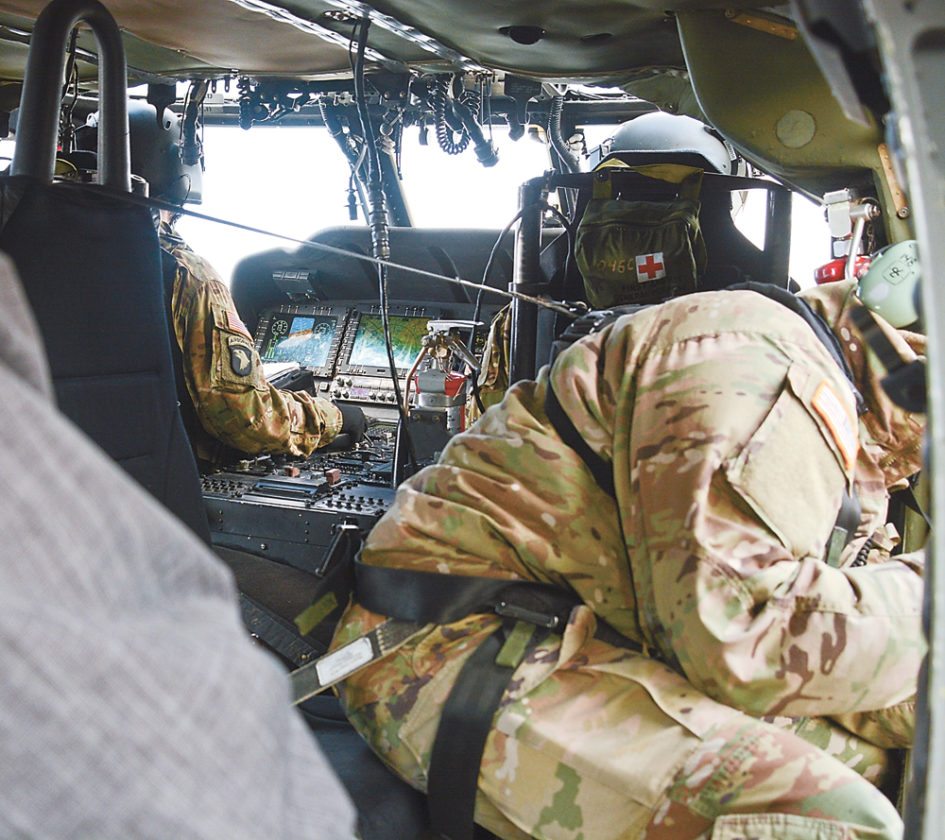 A view toward the Black Hawk cockpit during flight. (Enterprise photo — Lou Reuter) 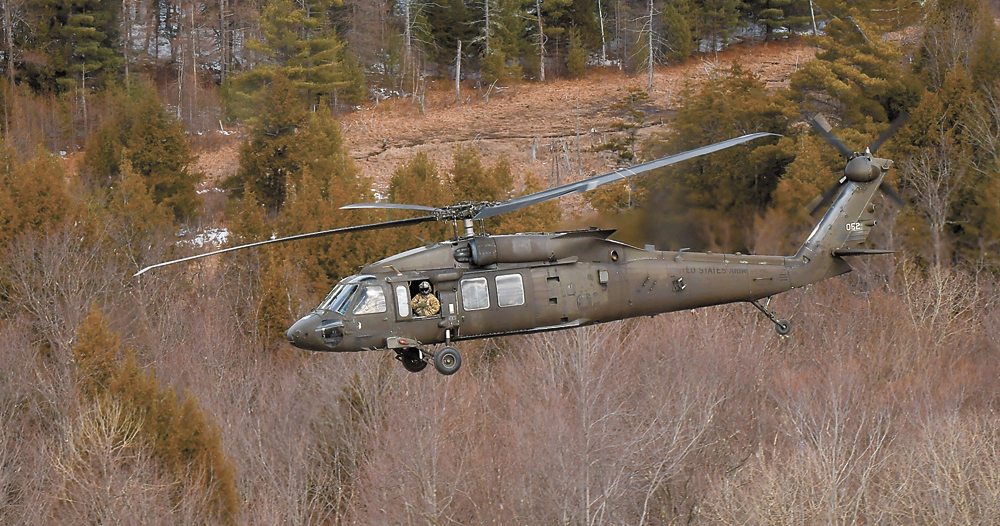 A crew member peers out over the trees from a Black Hawk helicopter. (Enterprise photo — Lou Reuter) 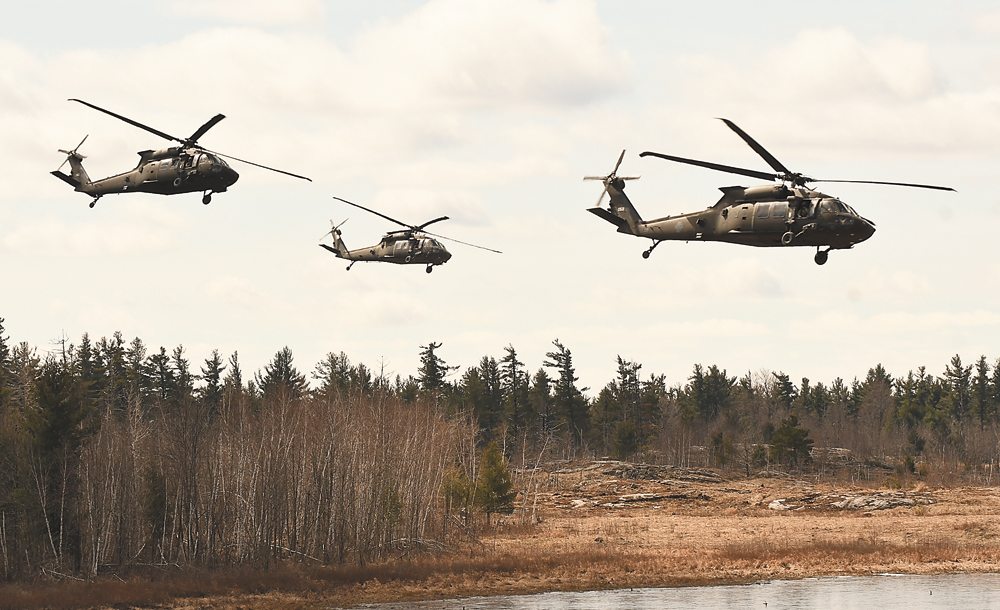 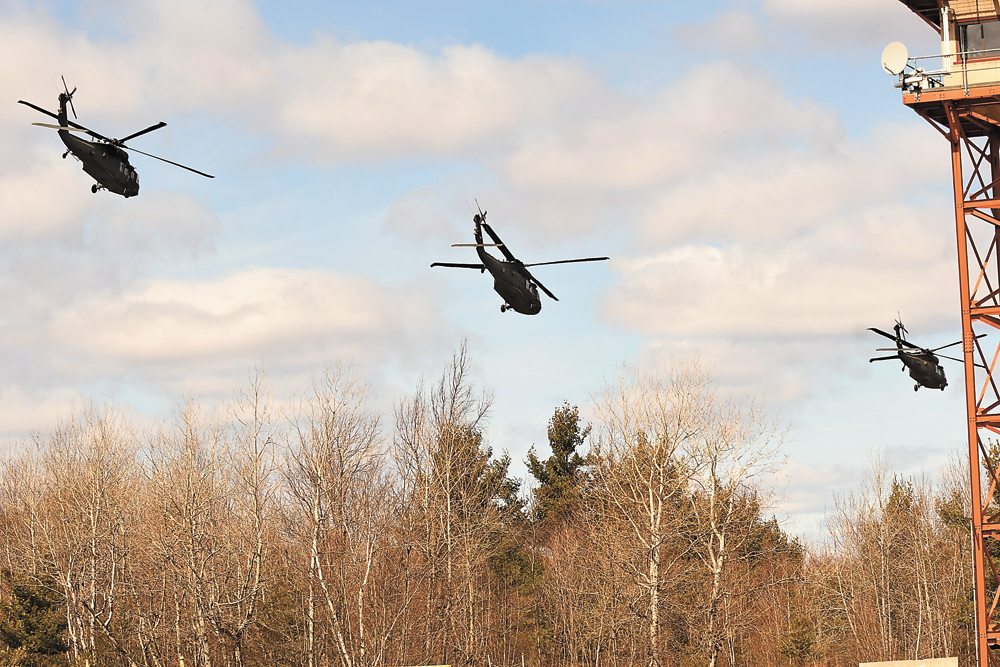 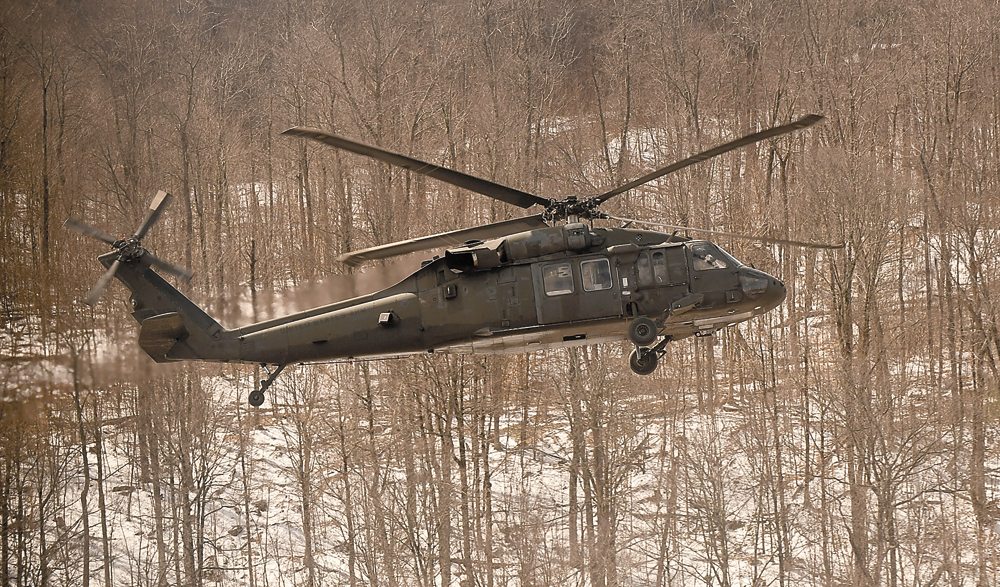 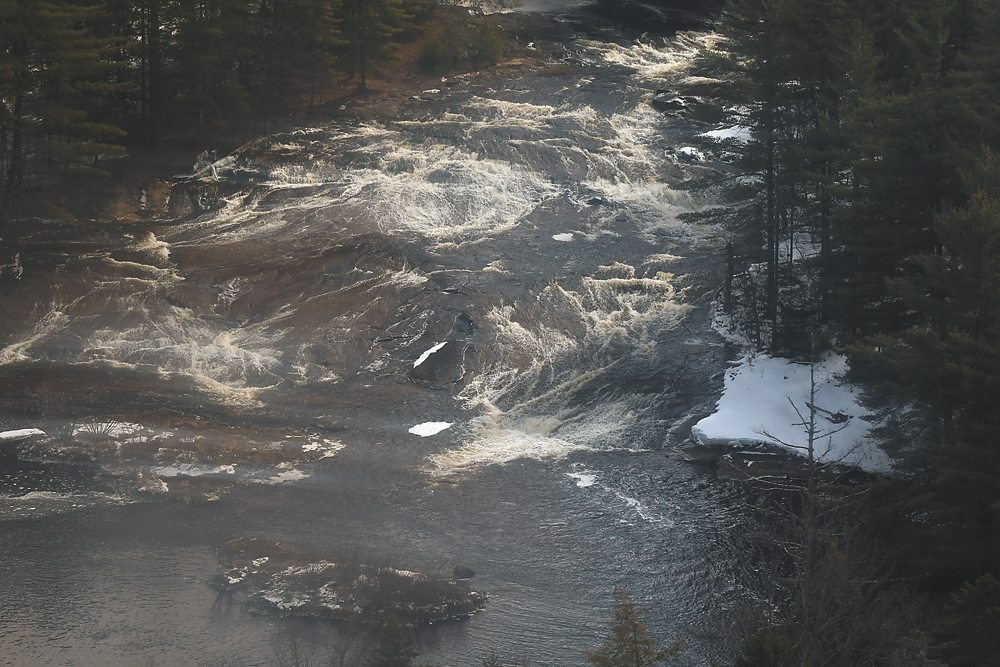 Rushing waters are part of the landscape as seen from above. (Enterprise photo — Lou Reuter)