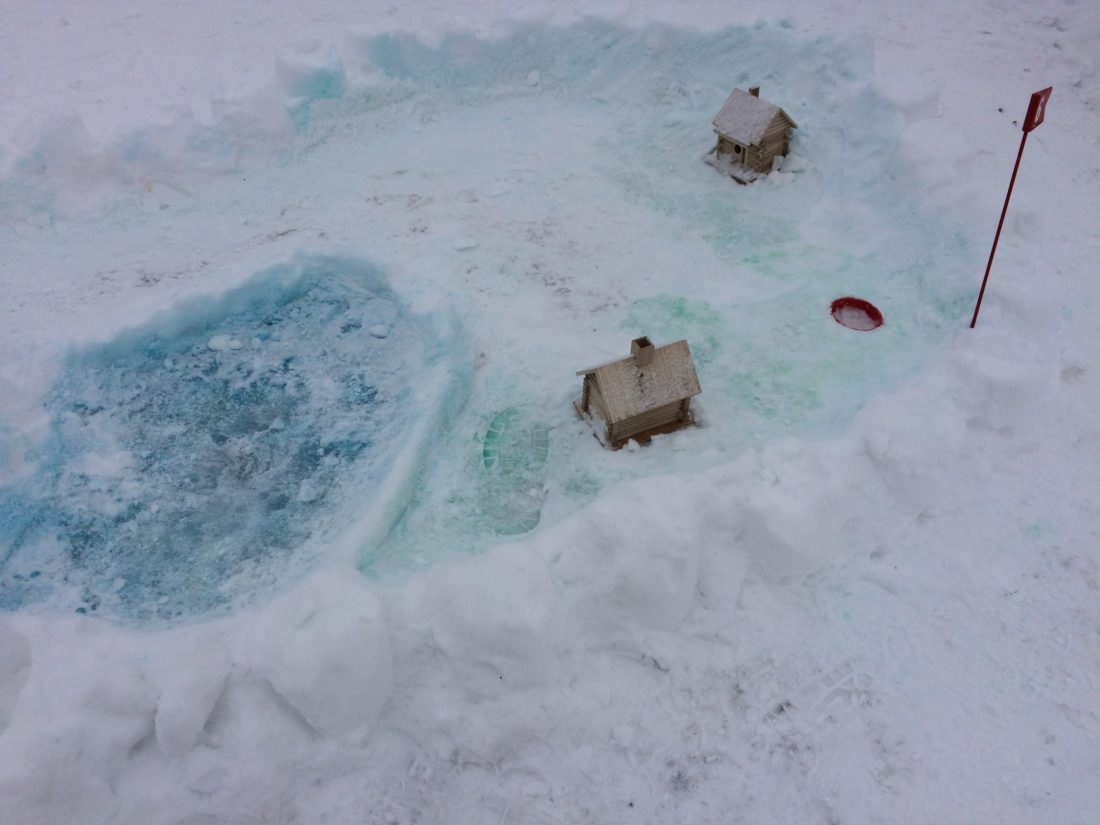 SARANAC LAKE — The Arctic Golf Build-an-Obstacle Contest was held Saturday and challenged contestants to build miniature golf obstacles out of snow and ice for the Arctic Golf event held the following day.

The three most creative obstacles, out of six in total, were chosen by members of the Winter Carnival royalty. The first prize award of $100 and a Winter Carnival medal went to Adirondack Hamlets to Huts who created an obstacle featuring a hut at the top of a ramp above two hamlets on each end, surrounded by a lake with a canoe, skis and hiking boots.

The second prize award of a Winter Carnival medal went to Cycle Adirondacks who created a complex ramp with three primary chutes and sub chutes which led to the hole surrounded by a bicycle on a boulder and bicycle parts, provided by Cycle Adirondacks and Human Power Planet Earth.

The third prize award of a Winter Carnival medal went to the Saranac Lake Youth Center who created a large chameleon with a long, narrow ramp leading up to its mouth where the ball traveled down and out through its tail to the hole. 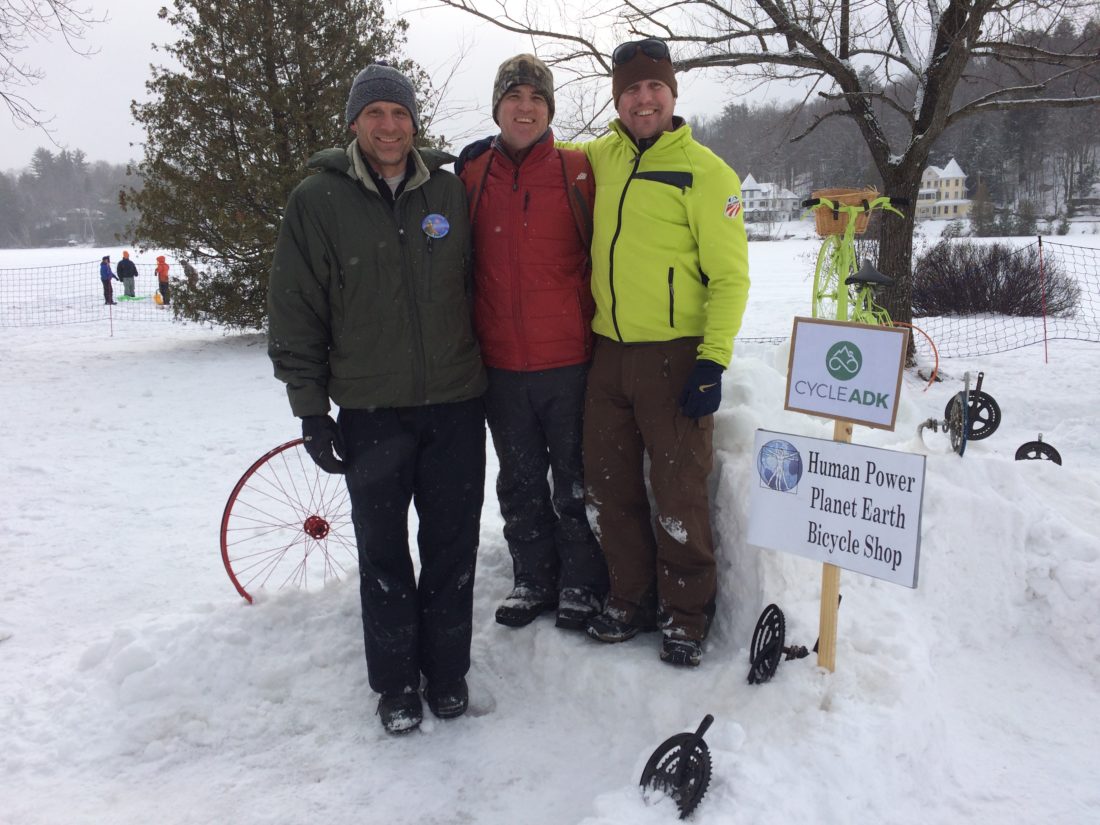 The public is welcome to view the contestants’ obstacles at Prescott Park near the Lake Flower State Boat Launch on River Street. 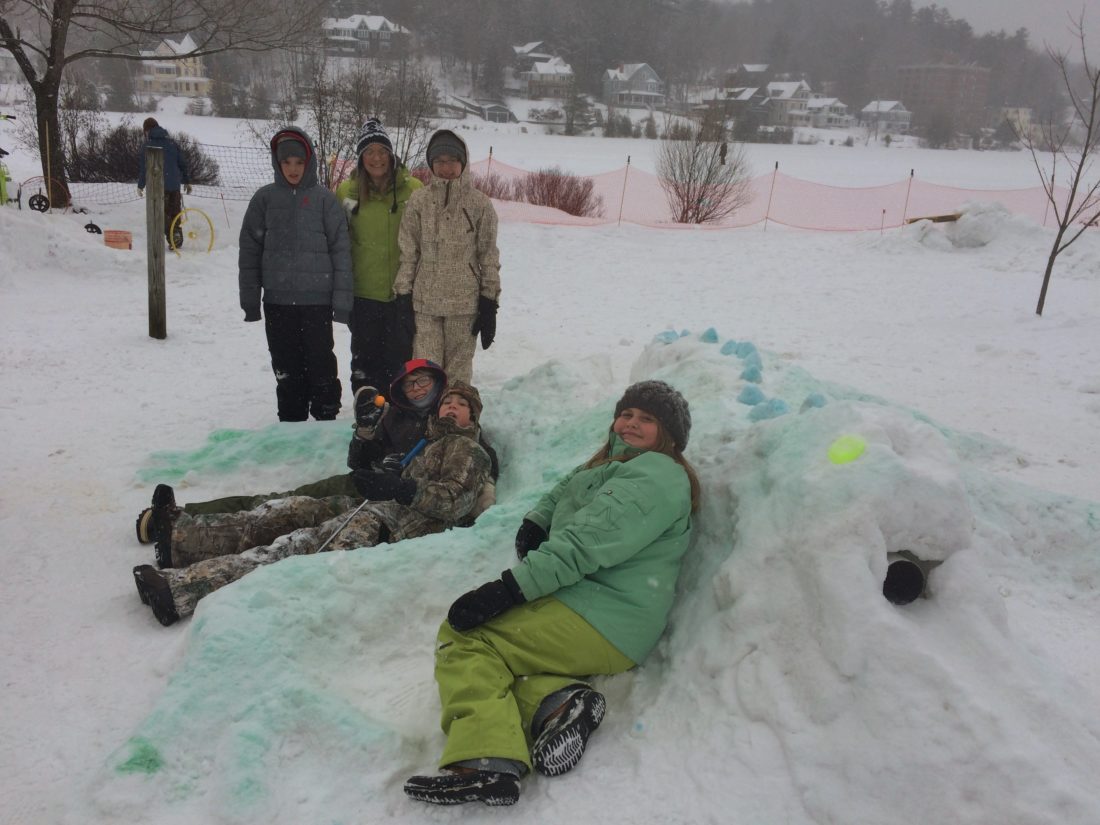