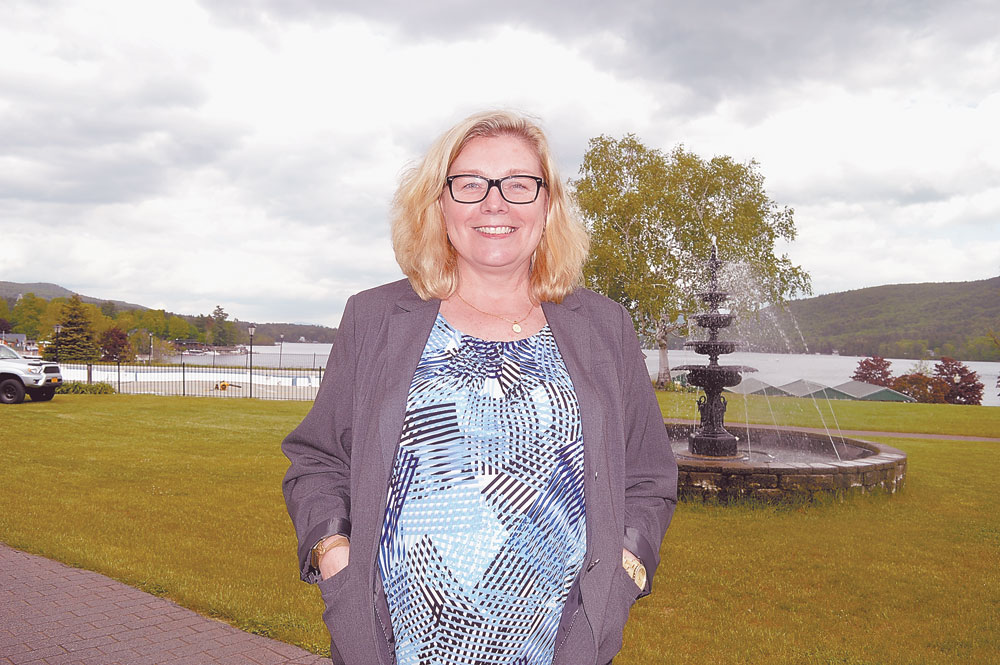 LAKE GEORGE — There is a new chief financial officer at the state Olympic Regional Development Authority, and ORDA management is tight-lipped about why the authority’s previous CFO is no longer with the state agency.

Peggy Evatt began her tenure as ORDA’s acting CFO on Monday and attended her first public meeting with the board Friday as the authority’s Audit Committee met at the Fort William Henry Hotel & Conference Center in Lake George.

Evatt previously served for 13 years as business manager of ORDA-operated Gore Mountain Ski Center in North Creek, where she answered to Mike Pratt, who was named ORDA’s permanent CEO and president in March after serving as Gore’s general manager since 1996.

Pratt said Friday that Power was no longer with the authority but declined to say if he left voluntarily or was dismissed, citing it as a personnel issue.

“Padraig’s not with us,” Pratt said. “And so there was the vacancy, and so we looked to fill it, and Peggy has got a great background. (She) has worked at Gore for ORDA for about 12 years, is a Siena graduate, an accountant and has been an auditor in the past also, and has a lot of skills to offer. And we are trying to take advantage of her talents.”

Speaking after Friday’s meeting, Evatt said she is focused on learning the CFO job and streamlining procedures — “Making them more efficient,” she said, “and easier for everyone to be accountable.

“We are looking at all policies and how we can make sure everyone is adhering to what they are supposed to be doing. And I’m going to write some policies hopefully soon about different procedures.”

“It hasn’t been updated in many, many years,” he said.

“My strategy has been to develop strategic plans for each venue,” Pratt said. “As we’re doing it for each venue, I’m trying to do it for each sport, and I think that this is going to be very helpful because the sports have changed over the years, and there are so many new sports.”

“For example, you have the three ski centers as your major money makers, and then you have little tiny things that aren’t much money makers,” Flacke said. “You ought to think of some way of auditing the various tasks that you are doing.

“For example,” he continued, “Mount Van Hoevenberg (Cross-Country Ski Center), does it make money, and should it be a profit center? Or should it just be a loss leader, or under a new category of ‘Olympic Planning?’ You’re spending money on the (U.S. Olympic) Training Center, right? That obviously isn’t going to be a small amount in the future. But let’s just suppose that amount is $100,000 per year, which it may be there now. What categories would you want for that? Take it out of anything that resembles where you have to be a profit maker.”

Pratt replied that ORDA’s three ski centers — Gore, Whiteface Mountain and Belleayre in the Catskills — comprise about 80 percent of the company’s revenue.

The Authority’s next board of directors meeting will take place on June 27 at 1 p.m., preceded by an 11:30 a.m. Audit Committee meeting. Pratt said an independent auditing firm will present the authority’s annual financial report at the meeting.

Evatt will work out of Lake Placid. She has previous experience in public and private accounting, including time in Saratoga Springs and Boston. She has a husband and three children, one of whom lives in Jay.

At the March 21 board meeting, Power reported year-to-date revenues through the end of February were $28.3 million, an increase of 27 percent versus last year at this time, $22.2 million. He added that the authority’s net operating loss through the end of February was $6.4 million, a 49 percent improvement versus last year at this time, when the authority posted a loss of $12.6 million. Power also said $7.3 million from the state and town of North Elba would offset this year’s losses.

But even with the financial bounce-back this winter, the past few years for ORDA have been very tough, with the authority incurring some of its highest operating losses ever: $19.5 million in 2013-14 and $25.4 million in 2015-16. It’s part of $175 million in losses ORDA has suffered in the last decade, according to independent audits reviewed by the Albany Times Union.

ORDA had also borrowed money to make payroll, according to a state comptroller’s office audit in 2014, when the authority was criticized because the value of the incentives it gave away to event sponsors was more than ORDA received from those sponsors.

Despite the grim numbers, many say the authority still has a positive economic impact on the Adirondacks thanks to its Olympic venue history and destination facilities. That dynamic was brought up by Audit Committee Chairman Joe Kelly at Friday’s meeting.

“Being a metropolitan area person, Lake Placid down there still represents the Olympic heritage,” he said.

“You come into Lake Placid, it’s almost like going into West Point,” Kelly added. “I think the state can build on that and we can build on that, which will result in more revenues to our area. I don’t think that Olympic aura has faded at all among the general public. It might be more historic now than anything else.”