Hanging up their rifles 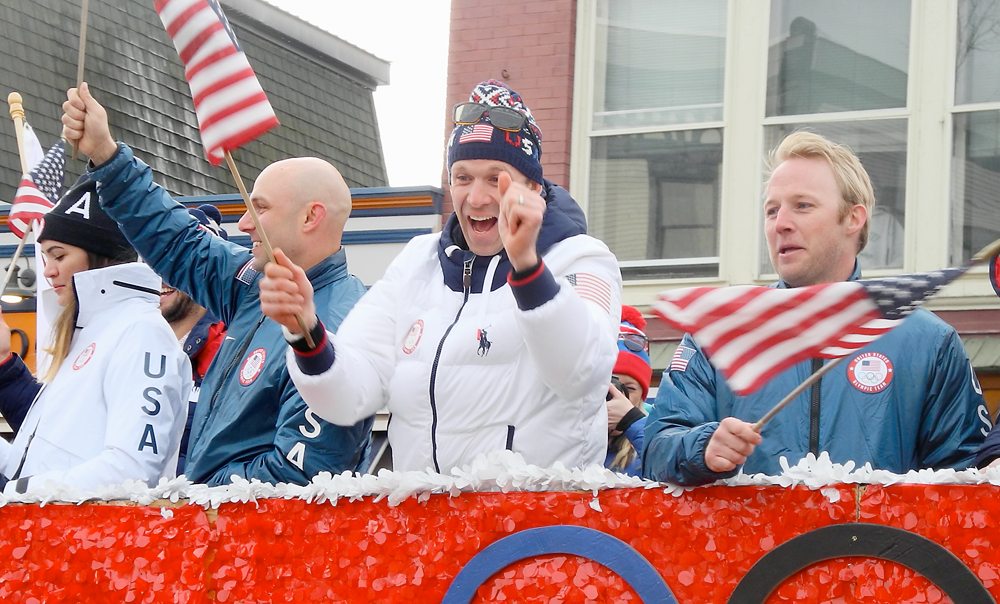 SARANAC LAKE — As Lowell Bailey said from the stage of the Harrietstown Town Hall Wednesday, he and Tim Burke have been ski racing against each other since they were 6 or 7 years old.

That competition intensified when Bailey moved from Old Forge to Lake Placid at age 10. Other kids his age remembered him as something of a ringer when he joined the local race scene. Meanwhile, Burke, of Paul Smiths, had a reputation for charging ahead as if the lollipops given out as race prizes were made of gold.

Somewhere around middle school, their New York Ski Educational Foundation coach Kris Seymour convinced them to try biathlon. Since few Americans get into this sport of skiing and shooting, the idea was that it might improve their chances of fulfilling their Olympic dreams. That meant, despite attending rival high schools — Burke in Saranac Lake, Bailey in Lake Placid — they became teammates.

They have been ever since. The sport took them abroad for the first time in 1996 in Sweden, and in 1999 they began a 19-year international biathlon career that took them to four Olympics. They eventually became the most accomplished biathletes the U.S. has ever produced.

They were roommates on the road and trained together daily — as close as teammates can be. 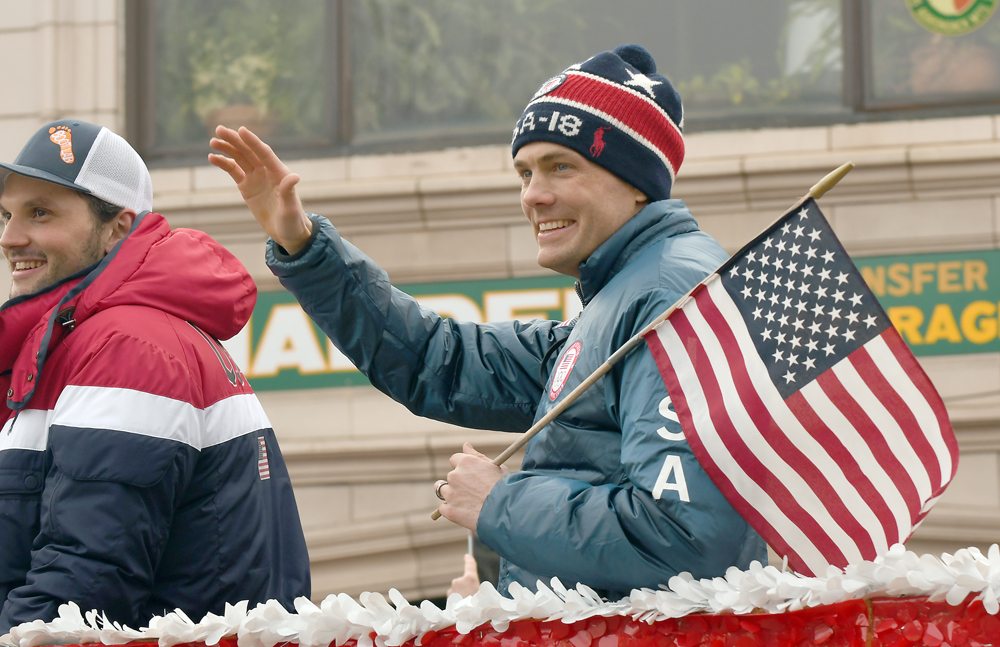 Four-time Olympic biathlete Tim Burke, who grew up in Paul Smiths, waves while riding on a float in a March 2018 Olympian parade in Saranac Lake. (Enterprise photo — Lou Reuter)

Now, more than two decades later, that’s about to end. At age 36, Bailey and Burke are retiring. Their last international competition ended Sunday in Norway, and they will hang up their rifles after the U.S. National Championships this coming week in Utah.

Both have known for a long time that this season would be their last.

“I pretty much knew four years ago, really,” Burke said Wednesday afternoon on the sunny balcony of the Hotel Saranac, while awaiting a parade in which local people welcomed home them and other Olympians after the recent games in Pyeongchang, South Korea. “I didn’t announce it, but I was sure. The last two years I knew 100 percent that I was retiring after Korea.”

He said he still enjoys training and competing, but living on the road wore at him more as he got older. “Also, at 36, I never wanted to admit it when I was competing, but I could start to feel that I wasn’t getting any faster.” He said he was glad he could still be “in the mix” of competitors this winter, “but I wanted to make sure I got out at the right time while that was still true.”

What’s next for Burke? 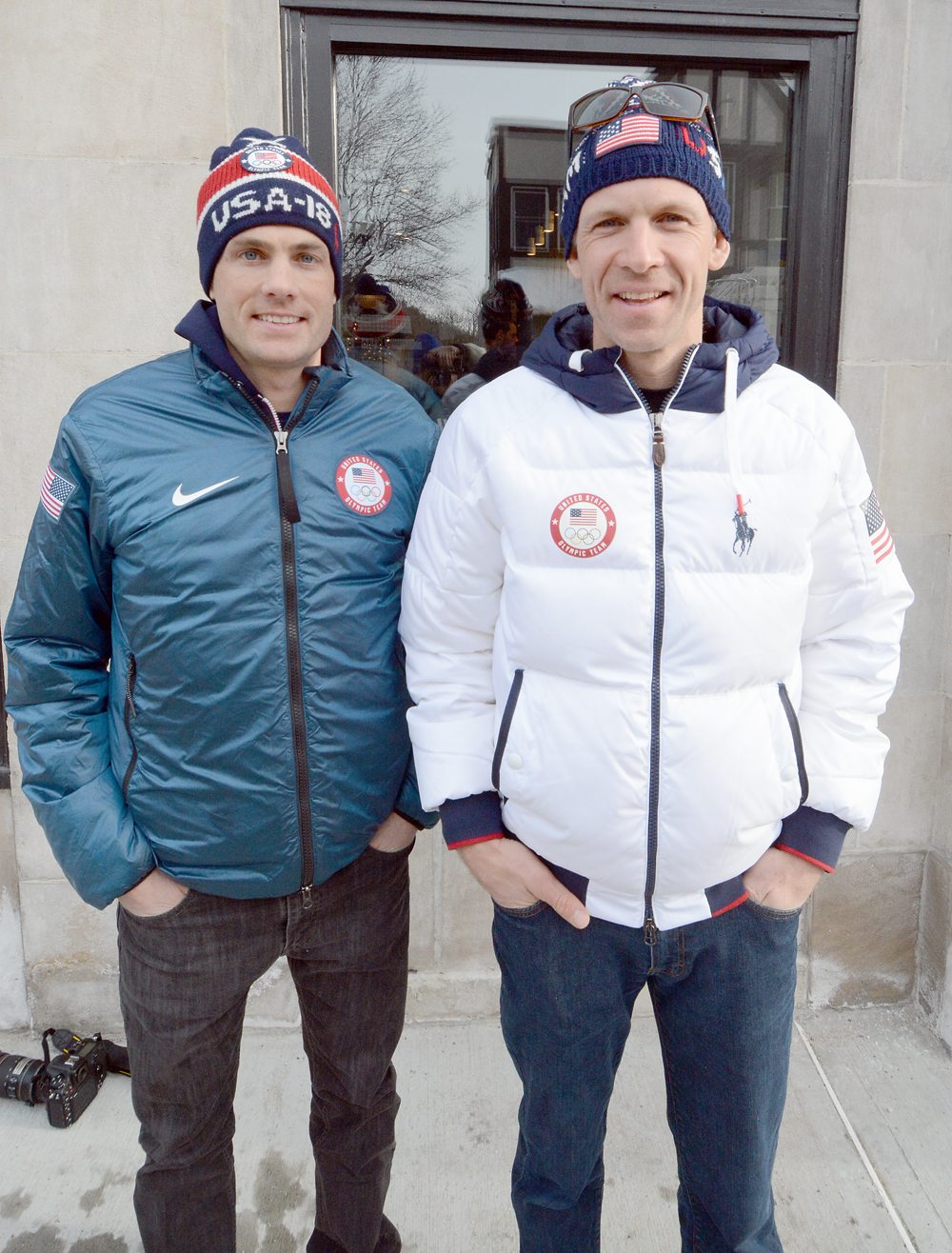 Four-time Olympic biathletes Tim Burke, left, and Lowell Bailey, both 36, smile on the terrace of the Hotel Saranac Wednesday before a parade to welcome Olympians home in Saranac Lake. (Enterprise photo — Lou Reuter)

“Nothing set in stone yet — just really looking forward right now to spending a few months away from the sport and relax at home and catch up with family and friends, and enjoy some of those things that I haven’t been able to do for a while.”

Burke’s wife Andrea Henkel — one of Germany’s pre-eminent biathletes, with four Olympic medals including two golds — retired from the sport four years ago. They live in Lake Placid in a house they built.

Will he stay in the sports world for his second career?

“At some level, I think I’ll always be involved in sports, whether it’s with a job or just volunteering around here, helping out local kids,” he said. 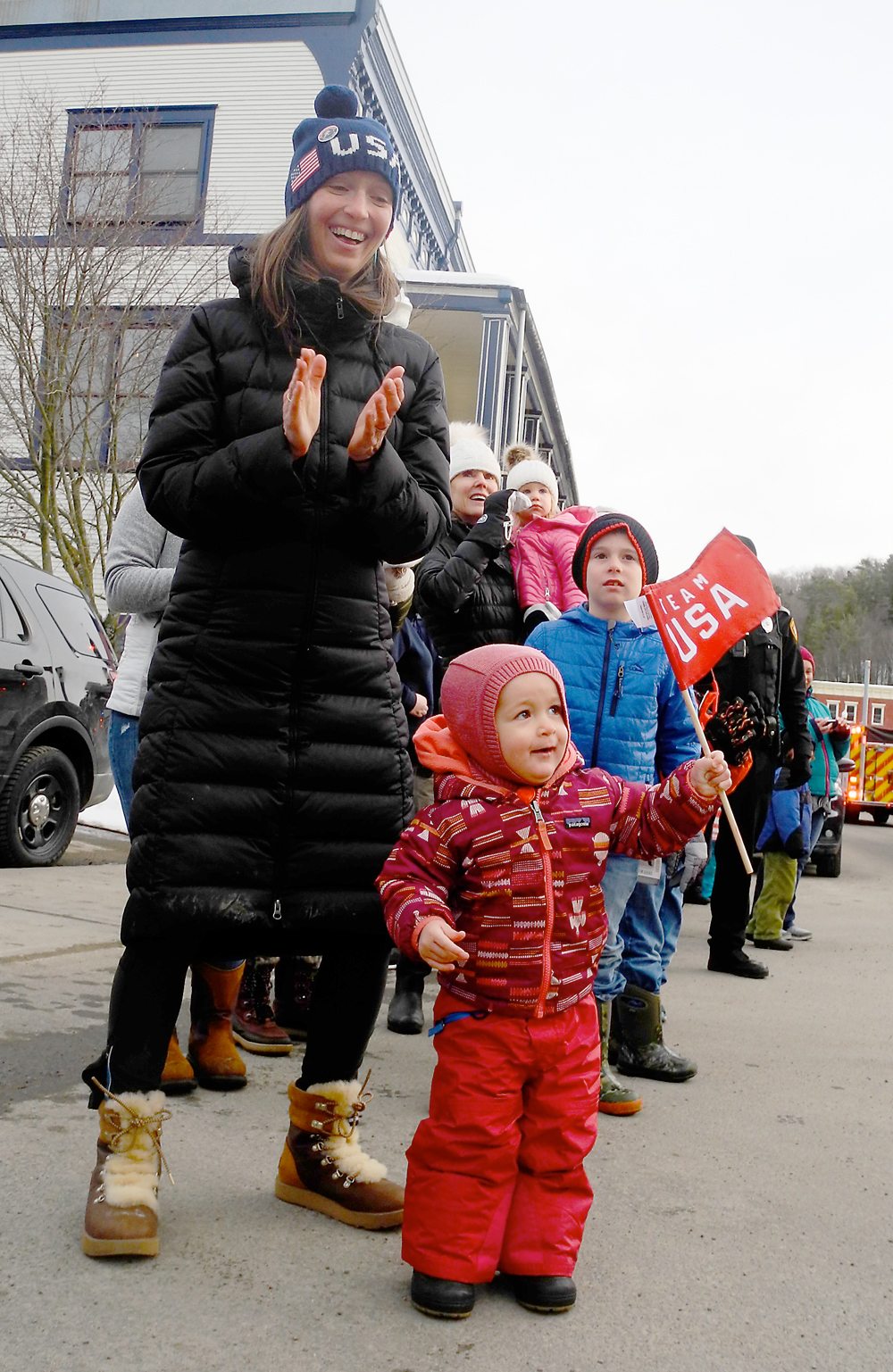 Bailey, on the other hand, has made a clear commitment for his next act. He and his wife Erika, who also grew up in Lake Placid, are expecting their second child in July, and then in August they’ll move to Bozeman, Montana, where he will start full-time as executive director of Crosscut Mountain Sports Center. It’s “a community non-profit dedicated to conserving the 500-plus acres adjacent to Bridger Bowl Ski Area as a year-round recreation, sports training and educational facility for all ages and abilities,” according to its mission statement.

Montana has a strong biathlon history, but not lately.

“It’s been sort of dormant, really since the early ’80s,” Bailey said. But until then, “Bozeman was the place. All the U.S. biathletes were either from there or they were training out of there.” Many of Crosscut’s board members are former biathletes.

Crosscut recently bought its property and is operating there with about 1,800 school kids in its cross-country ski program each winter, plus what Bailey calls a “fledgling” biathlon program with about 100 kids up to age 16.

“You get kids who have never been on skis before getting to experience what it’s like, and if a fraction of that 1,800 kids catch the bug, then we’ve succeeded.”

He said he and Erika are excited to move out there this summer, but not without a twinge of sadness.

“When you start to have kids,” he said, “you start to appreciate your hometown even more than you did. The hardest part about going out there is leaving our friends and family, as cliche as it sounds.”

Many other top-tier biathletes are competing today at the final World Cup event of the season in Russia, but not the Americans. The U.S. team is boycotting the event to protest the host country’s doping violations.

That meant Bailey and Burke’s World Cup career ended in Oslo, Norway. Their last race was a team relay, in which they and two other U.S. men finished a respectable seventh.

“It was such a great day to finish,” Bailey said. “One of my favorite venues and such a historic place for biathlon and nordic, and it was like this beautiful clear blue sunny day. It was just a very emotional experience to race the relay as my last race, my last World Cup. I started the relay, so I was finished before the rest of my teammates were. That gives you some time to reflect while the race is still going on, and so I didn’t actually think too much about it being my last race while I was racing, but as soon as I crossed the finish line it hit me, like that’s the last time I’m going to be pushing myself in that context.”

He said he’ll miss it but knows now is the right time to stop.

“Biathlon is a life that is very regimented,” he said. “Now the future is going to be something new. … For the first time in 20-something years, I’m going to be waking up and doing something other than going to the biathlon range and putting on roller skis or skis, and training.”